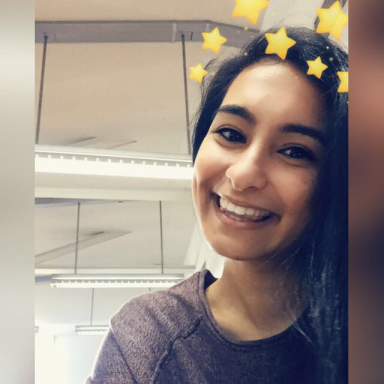 When naming women in history, almost everyone says Marie Curie. After all, she is an icon—a dedicated, ambitious, awe-inspiring woman at the forefront of discovery, forever linked to science and breaking the glass ceiling for women to win Nobel Prizes. But how many people say Katherine Johnson? Kadambini Ganguly? Or Pooja Jesrani? These remarkable women have also helped shape our history, forging a path for themselves and those who follow in their footsteps.

So why don’t we know them with the fluency we know Marie Curie?

Recognizing WOC and understanding their motivations, their struggles, and their achievements are crucial to create a history mirroring society in the 21st century. Having this conversation to acknowledge WOC past, present and future is the wake up call we need to create a future where our children recognize those for their achievements and not because history is tipped in their favor.

Women are constantly breaking barriers, but rarely have their name printed in history books, echoed in the halls of museums or on the tips of quizmasters’ tongues. For WOC, add in racism, community influence, and lack of opportunities into the pot. Stir that with a stick called “this (you) is not what we’re looking for right now, come back later.” And those who do reach the top, have to fight the boss—the larger, greedier, more privileged shadowed figure.

But it isn’t just STEM subjects where the severe struggle lurks. It has made its home in the arts. Ironically, a medium used to express ourselves is the same medium used to oppress others. To quote a famous South Asian poet, Rupi Kaur, regarding underrepresented women: “our backs tell stories no books have the spine to carry.” Our pain marks our backs, and we still stand. Think of a romance, a scary story, or a comedy and picture the characters. Who plays them? How many stories have POC heroes? How many are women?

In the hallowed halls of world-renowned museums, there are eras of art which leave out the beauty of our lives, of our culture, of our skin. Instead, we are shifted into cramped rooms, viewing stolen artifacts from a land we once knew as home, but we never see portraits. Why are we denied marvelling the beauty of POC representation?

The arts should be a sanctuary, a place to express our inner feelings. There are hundreds of artists on the scene, but when asking for an ethnic minority, the same artists are repeatedly said—Maya Angelou and Frida Kahlo. Starting the conversation where POC who are ground-breaking in their fields should actually happen. They should be praised and splattered across every magazine article, every digital news page, interviewed a hundred times over, especially if they are women from underrepresented ethnicities.  Making sure their stories are heard and having their hard work recognized and admired is vital to change the world, change history, and break the struggle for future generations.

There are so many fields that recently filled the gap for “the first WOC”, leaving behind a bittersweet feeling. Why the first and not the hundredth? But thank God for the first. We are now in 2020—it is time to start celebrating achievements done by women, by WOC. We shouldn’t have to be fighting to be recognized and awarded. Having underrepresented women displaying their work and becoming a household name is an honor. And one day, we will no longer be dimmed by history.