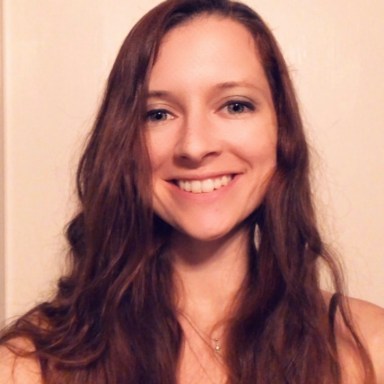 By Hillary Robyn Updated March 2, 2019
Milly Cope
Disclaimer: I am not a mental health professional and I cannot diagnose mental health disorders, such as Narcissistic Personality Disorder. This list is not exhaustive and should not be used to diagnose or treat anyone. This is merely a guide using the common symptoms those who suffer from NPD present.

Dealing with a narcissist is very, very exhausting. They use techniques that make you feel small, useless and unworthy. Then, when you try to get away, they lay the “love” on thick to make you think they’re genuine in how they feel about you, reeling you back in.

Because most narcissists can’t admit they are one, it’s hard to get them diagnosed professionally. All you can do is try to protect yourself from the harms that they can inflict. Whether you are dealing with a narcissist as a partner, friend or family member, there are six traits to look out for:

This one is pretty much what it sounds like. Nothing is a narcissist’s fault. Ever. They are beyond reproach and if they do make a mistake, it’s because someone else made a mistake first.

For instance, Nathan the Narcissist has been confronted by Jackie the Victim. He has refused to get a job for months and they are slowly but surely getting behind on the bills. Nathan the Narcissist refuses to accept responsibility. “It’s not my fault no one’s hiring!” he’ll say, even though he hasn’t put out an application in weeks.

Another example would be if Nathan and Jackie have an argument. Jackie might say, “What you said to me really hurt.” Nathan will respond with, “I wouldn’t have said it had you not provoked me.”

Projection is a form of blame shifting and it is a way for narcissists to take the attention off of their own flaws and insecurities and to turn the focus onto a perceived flaw of someone else. Narcissists often employ this psychological trait when they feel threatened by someone in some way.

I’ve dealt with this personally; I was informed that the narcissist in my life had been telling others that I was the narcissist. They did this in an attempt to deflect any attention from their narcissistic ways and to put me in a negative light with their victims. The reason being that I was a threat to them, since I could see through them.

This person was terrified that I would show their victims the light and did everything in their power to flip the script, so to speak. What they never realized was that I wasn’t them; I had no intention of turning anyone against them. They were doing a great job of that on their own.

3. Creating Scenarios In Which You Look Bad

Here is an example: Susie the Narcissist isn’t getting her way. She is upset with John the Victim, her husband, and wants to punish him. She will then purposefully tell their children that John has promised to do something for them that she is fully aware he cannot do, so that when he says “I’m sorry, I can’t do that,” she can tell her kids that John the Victim doesn’t care about them and is a liar who goes back on his word.

This is a great way to keep victims in their place. If Susie the Narcissist feels she is losing John the Victim, she has to keep her kids (other victims) in check and make sure that they see John the Victim in a negative light so that he cannot turn them against her. It’s an unhealthy, twisted survival mechanism on Susie’s part, but it is effective in a lot of cases.

Gaslighting is a type of manipulation in which the narcissist attempts to make the victim question their own sanity. For example, Monica the Narcissist and Henry the Victim have had an argument. Monica says some very horrible things to Henry in the course of the argument. Later on, when things have calmed down, Henry confronts her and tells her how her words hurt him. She responds by saying something like, “You just misheard me; I never said that.”

Over time, after hearing this over and over again, Henry will start to wonder if he’s losing his mind or not. Because he knows she has said and done these things, but she is so convincing when she says she didn’t that he just doesn’t know anymore. These doubts make him more dependent upon her, which gives her more of the power and control that she craves.

5. Using The Victim’s Buttons/Triggers Against Them

Narcissists are very good at reading people, and they choose their victims with care. They require empathetic, emotionally intelligent people to victimize because these people are more likely to take on their emotions and want to “fix” them. So, the narcissist picks out their victim and then quickly learns their buttons and triggers (and installs their own if necessary) so that they can use them against them whenever necessary.

For instance, if Lisa the Narcissist knows that Bob the Victim’s trigger is her sadness, she will use that against him whenever necessary. Say Bob has had enough and is ready to leave her. She will lay the sadness on thick, complete with fat, fake tears, nervous breakdowns and fake apologies. Narcissists are amazing actors and they know when to put on a show.

Also known as “hoovering” or “love bombing”, intermittent reinforcement is a psychological trick that narcissists use to keep their victims coming back for more. It is a form of conditioning that is used in many different areas, but when it comes to narcissists it’s what keeps their victims in check.

How it works is basically this: The narcissist will treat their victim badly the majority of their relationship, but will occasionally – and without habit or regularity – show their victims an abundance of affection and love. The victim then will wait for the next “love bombing” and put up with the abuse because they have been trained to wait for it.

I’m not saying that every person with NPD is an awful person; I know that there are many who are trying to get better. I applaud those people and wish them all the best.

That said, dealing with a narcissist is one of the most soul-sucking, frustrating and life-altering experiences I’ve personally ever had, and I’m not even in a relationship with one. I can only imagine what the romantic victims of a narcissist go through on a daily basis.

If you are dealing with a narcissist, my best advice is to prepare yourself for a battle when you try to get out. The narcissist – unless they are able to admit to their disorder and actively seek help for it – will not change and will only get worse. This means that you will only continue to be miserable.

My suggestions are to seek out communities of people who are going through similar issues with their own narcissists and to learn from them. There are multiple subreddits revolving around narcissistic abuse and they all have many experienced people with great advice.

If you are in a new relationship and you see any of the above signs or symptoms, be wary and consider if you want to go through with someone who will likely abuse you and take advantage of your kindness and empathy.

Hillary Robyn is a medical professional with ten years of experience who enjoys writing about health and relationships in her spare time.

6 Common Emotions You’ll Feel When Dealing With A Narcissist

If They Exhibit These 15 Traits, Sorry, But They’re A Narcissist