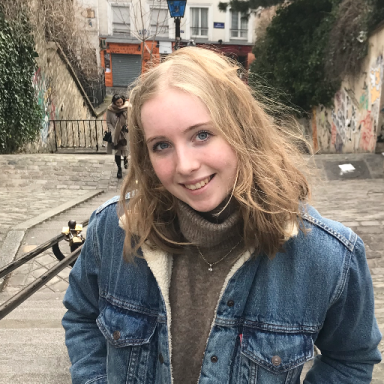 She no longer wears her engagement ring. He keeps it in a box for her, afraid of what she might do with the sharp edges of the diamond. Her hands are older now; the lines are deep set like tree roots, veins weaving above and below each other, prominent. They had been young once, impulsive, artistic. He remembers ribbons rising up from the cigarette she would hold between piano fingers. She drew him in with bloodshot eyes, a film of gray smoke he was desperate to get behind. She’s always been flighty, lurching forward through life. Back when losing control was fun, they would prop each other up as they danced through glistening streets at dawn. She was persuasive, made you want to be better without words. Fierce and passionate and headstrong. Creativity bubbled just below her skin. Sometimes you could see it forming goose bumps on her pale arms once she’d made something she was really proud of. How can you leave someone who needs you to keep on living?

The house looks like its neighbor. And its neighbor’s neighbor—it goes on and on and on. Cloned homes that stretch down the street. Standing in the middle, you are trapped on both sides. Caught in terrifying symmetry, he stands right where the page might fold in mathematical precision, contemplating home.

He thinks of her running away from all of this. He’d heard the flimsy door smack against the weatherboard once. It shook up the words on the newspaper he was reading and woke the baby. He found her in the field behind their home, her arms were pumping furiously, but she was drunk and couldn’t stay on course, couldn’t win the race. He remembers the inevitable collapse and her taking off her shirt, protesting living. She grabbed her naked arms and curled inward, the individual ridges in her spine jutted out of her back, pebbles evenly spaced beneath her thin, gray skin. He didn’t want to break the picture of his wife in the center of a green expanse, punctuated by wild flower heads. They were full stops all around her tiny frame. Her stillness and peace contrasted the anticipated assault, skinny legs and arms kicking out into dying light, knowing he would scoop her up with broad shoulders and protective arms.

Usually, the sound of his shoes on the concrete sends her spinning. Frantic in the bathroom, she wipes her crying face so she won’t look like she cried at all. Tidies up the pills that lie in a trail next to their fallen pot. They are evidence of her trying. Trying to lift herself out of the dense specks of gray, which pierce heavy holes through her day. Today she’s too fixated on something in the distance, swaying softly and singing with the toddler in her arms. It’s dinner time but she’s dressed in her white cotton nightdress, pale blonde hair falling over nipples that would otherwise be visible through the fabric. He’s been crying for a half hour but she can’t hear him. She imagines a cloud beyond the window pane and she pinches his plump skin absentmindedly as she tries to grab hold of the condensation in her daydream.

Now he’s in the hallway, feeling weighed down at the sight of her slim body. She snaps her head left, suddenly alert, but the eye contact is limp and her eyes flutter shut. He’s running to catch their son as she falls. It’s almost as if she’s been waiting for him to be home, to give up. She’s too tired to play mother. He sweeps her up in his arms but she doesn’t wake. She weighs the same as a child and he feels like her father.

The air is thick with sleep, all the softness of the daylight replaced by the low hanging crescent moon. They always sleep with the curtains open so even in the gray-hued night, their faces are illuminated by pale light. He, with his broad back to her, fingers tugging the duvet up to his neck protectively. She, in slumbering protest, lying sprawled, gradually encroaching. Hair mirroring limbs, long and every which way.

The bed is four poster mahogany, holding bodies cradled by a sea of blankets, twisting waves of fabric. He dreams of a boat on the ocean, of boyhood and the beautiful not knowing of innocence, of fishing and belly laughing, freckled face basking in the smiling sun’s warmth. It’s the kind of freedom one can only find in the wide open.

She is restless. Her closed eyes flicker in panic from beneath the lids as she dreams of drowning. Her watery chest heaves under the weight of the choking sea. Frantic even in sleep, she wrestles for the quilt as she tries to come out of herself.

Clock and glasses on a nightstand, life’s mundane details in the unfolded laundry or the makeup staining the dresser’s surface in hues of orange and red. The room is perfect suburban living.

The gold metal smears as a hand grips it. It turns soundlessly so as not to wake up the bodies laced with sleep.

Rusty hinges creak and a figure steps into the room.

The glowing hallway throws color into the gray.

Blanket trailing behind small feet, dark strands wet from tears, sticking hair to his blotchy face. Muffled sobs are muted by the thumb in his mouth. Comfort. Disoriented, he feels for the bed. As if by instinct, the slumbering figure reaches an arm to the little boy, lifting him half-sleeping onto the blanket. He brushes past the coarse, bristly hair on his mother’s leg. It tickles. Pulled close to her naked chest, as blissful and secure as a newborn. She is soft and sleepy and so is he; his tight fists uncurl and breathing slows with the lullaby she sings. They reassure one another that a nightmare is just a nightmare without so much as a word. Cocooned in the sea of warmth, like lying back in a hot bath that soothes—soothing as the hand stroking his fine-haired head. The beat, beat, beat of his fast heart calmed by the closeness.

Creative writing to organise my thoughts.