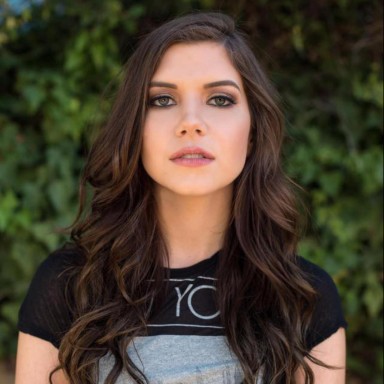 As he and I stood outside security at Malpensa Airport in Milan, Italy, tears flowed. We would see each other in three months, we said. But that didn’t happen. I am an American citizen, he is Italian. Seven months later, I cannot travel to Italy and my boyfriend cannot travel to the United States. While most can quarantine with the ones they love, my boyfriend and I have to settle for video chats, calls, and texts, facing an uncertainty that has no end in sight.

We are in a dark tunnel where the light is far from us. We know it’s temporary, but how temporary? When will exceptions be made for those in love?

The European Union has set out recommendations that each member state can adopt if they choose. There is no exemption for unmarried couples. So far, only Austria, Denmark, and Norway have an exemption for lovers to reunite. With the Trump Administration in the United States, the results of an exception look even further away than our European counterparts.

Movements have spread across social media with the hashtag #loveisnottourism and #loveisessential. Facebook groups and tweets are where these couples turn for support, to know that they are united in this fight.

Thousands of couples, just like my boyfriend and me, have desperately called out to politicians, trying to receive a glimmer of hope as to when they can reunite with their cross-border sweethearts. Some plan to marry, some hope to be there for the birth of their children, and some just want to satisfy their hunger for their significant other by merely holding them again, even in quarantine.

These people are willing to quarantine, self-isolate, and take tests at their own expense. There is no reason why binational couples should endure the torture of not reaching the light at the end of the tunnel.

Antonello and I met in May 2018. I was fresh out of my first year of law school, looking for an adventure as I headed to Italy to intern at the University of Parma. Three colleagues and I traveled by train to the small city of Parma from the fashion hub of Milan. Thirty hours later and running on a lack of sleep, my companions and I were thrilled.

“My backpack…” My mind panicked. I had left it on the train. My laptop, my passport, my wallet, everything.

Long story short, my colleagues traveled to Cinque Terre our first weekend off from work. I traveled to Rimini by myself to retrieve my recovered backpack (with everything still in it, to my surprise).

If I hadn’t lost my backpack, I wouldn’t have been by myself in a wine bar in Parma later that night, and I wouldn’t have met the love of my life, who lived just above that wine bar. I wouldn’t have returned to Italy the last two Christmases or the next summer to take an internship in Milan. Antonello probably never would have traveled to California.

We’ve gone back and forth, crossing the ocean for a love that has no borders, but with COVID-19, here we are two years later, in love and caught in limbo.

Thousands of couples, like Antonello and me, find themselves suddenly thinking of the future. Maybe if we had taken a risk sooner, one of us could have already moved. Then we wouldn’t be in this situation. Thousands of us are crying for help, and we deserve to be heard. Love is essential, and we will not stop fighting until we reunite with our binational sweethearts.

A JD with a degree in Journalism with a minor in Political Science!

I Am Leaving These Memories Behind Me