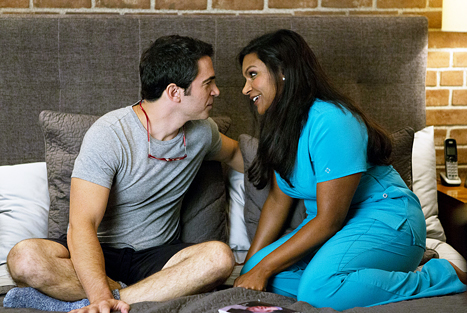 Fox, what were you thinking?

We all fell in love with Mindy Lahiri over the past three seasons of “The Mindy Project.” Her character plays the intelligent, witty and incurably fashionable woman we all wish we were. So when we heard that Fox was pulling “The Mindy Project” from its line-up for the upcoming season, we were all a little heartbroken.

But fear not! Hulu has officially announced that it will be picking up “The Mindy Project” for its next season – with the possibility of additional seasons to follow. Since the site has already been hosting the show for streaming over the past three seasons, this seems fitting. Mindy Kaling tweeted out the following picture this afternoon to celebrate:

Mindy, we haven’t seen enough of you yet. And we’re glad to have you back.

For more updates on your favourite TV shows, follow Heidi on Facebook
Read this: The New Orange Is The New Black Trailer Is Here And It’s Promising A Sexier Season Than Ever
Read this: Epic Selfie Guy Is Back And His Newest Video Will Warm Your Heart
Read this: Here’s Which Friends Character You Are Based On Your Myers-Briggs Personality Type

‘The Mindy Project’ Is An Endangered Species Worth Saving

19 Of Mindy Kaling’s Most Hysterical Tweets

9 Reasons To Get Pumped For The Mindy Project Tonight

30 Hilarious Mindy Kaling Tweets That Will Make Your Day