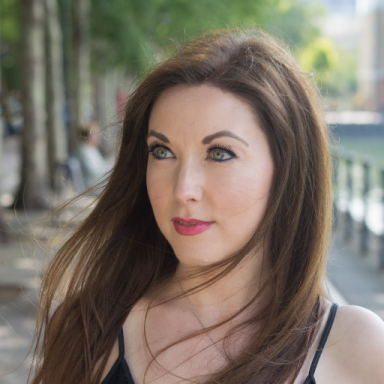 We all know about the importance of letting go. It’s difficult to move forwards when we still carry with us people or situations that no longer serve us. Letting go can mean many things. It can be physically letting go and ending relationships or friendships that drain our energy or it can be mentally letting go of something or someone that has already been removed from our life. It’s the latter one I would like to focus on in this article.

Why is it so difficult to let go?

I believe we all have experienced the difficulty of letting go at some point in our lives. Have you ever beaten yourself up for still not having let go of something that, in your rational mind, you should have released by now? I certainly have and I have come to believe that letting go doesn’t work when it’s forced by our own expectations. When this is the case here are three steps you can take when you are not yet ready to let go:

We often put ourselves under a lot of pressure to let go quickly. When this then doesn’t happen we feel like we’ve let ourselves down. Why are we in such a hurry? I believe it is because no one likes to sit with their own pain or discomfort. Yet pain and discomfort are our biggest teachers. Instead of numbing whatever is there we need to allow it to be and sit with it. Life’s not always going to be pleasant and if we can learn to sit through the discomfort whilst practicing self care we can get to the other side more quickly than if we try to brush things aside and rush it. That doesn’t work! Allow yourself to feel whatever comes up and accept that this is the present and that’s ok. It doesn’t have to be any other way right now but also know that it won’t always be this way.

Fill your own tank

When you’re in the midst of struggling to let go of something there is a void that is being occupied by whatever you have not yet released. That void still exists even if it’s taken up by something from your past and a void always wants to be filled. This could be a sign that there is some fear involved in filling that void from other sources. What does that mean in terms of actions you can take? It means it’s the perfect opportunity to feel into other ways you could fill that void and notice if anything comes up that scares you. Very often holding on means we are excused from taking on new opportunities and challenges in our lives that scare us. This could be a subconscious reason why we haven’t been able to let go yet and that’s ok too. Trying new things and stepping outside our comfort zone can be the perfect remedy. When we start to do this we may find that after a while we have organically let go without even trying because we allowed something new to occupy that space. So start asking yourself who you would be and what you would do if you had released this thing you’re holding on to. Would it mean you would have to do things differently? Accept a difficult truth about yourself? Whatever it may be there could be a hidden fear lurking in your subconscious that sooner or later you will have to face. Start trying to do small things that scare you on a regular basis and remember to be patient and kind to yourself throughout that process.

When we are in the midst of difficult emotions it can be therapeutic to channel these into some kind of creative outlet. For me this is songwriting for others it can be painting, sculpting, sports, crafts or whatever floats your creative boat! Maybe there’s something you have always wanted to try but never have? This is the time to go for it and to channel your emotions into it as much as possible for an emotional release. Not only will this help you process the emotions it will also allow you to create something which you can later be proud of. If you think you’re not the creative type guess what? You’re wrong! We’re all inherently creative at heart and creativity is essentially a form of play. No skills required just go and do it! Sometimes the most beautiful creations are crafted from a place of pain but in the process of creation lies something truly magical just waiting to be released. What lies there you ask? Healing, transformation and beautiful new beginnings.

Empowering women through music and words