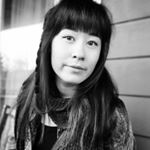 She’s telling me not to share my truth. She’s telling me that I’m an outcast and no one will ever understand me, no one will ever love me, but they’ll pretend that they do out of pity or willful deceit. She’s convinced that no one really likes me or wants me around, like I somehow ruin experiences just because I exist. She thinks I inconvenience others, so I should put their needs before my own. She believes I’m less than others, so I need to prove my worthiness.

I don’t know what I ever did that would cause anyone to dislike me, at least without first getting to know me. I’m a good person—I know I am. Why does she only see the worst in me?

She’s constantly imagining the worst-case scenario. She’s fixated, stuck in her negativity. I try to get her to see the truth (which is so much less painful than her reality) but she just keeps going farther down the hole, creating and replaying visions of discomfort, agony, or fear. Like being in a horrifying car accident and losing the ones she loves. Or getting attacked in the middle of the night, her life ending before she ever really got to live. Or coming to the realization that she is being deceived by the people she loves and thought she could trust.

I’ve known her for as long as I can remember. She’s had a hard life, and I understand why she is the way she is. But none of her fears are real, and I can’t convince her to see that. She’s lost, her mind in overdrive. She’s hyper-aware of everything, overwhelmed and convinced that everyone can tell she’s freaking out. I know that no one can tell (her suffering is invisible to most), and even if they could tell, I know they wouldn’t pass judgement, because she’s an amazing person and she has a lot of people who care about her—I only wish she knew that.

Despite all of the love and support she receives, she still struggles to keep herself afloat. Her chest feels tight and heavy. She can’t breathe. She can’t move. She’s in pain and she can’t escape it. In her teenage years, her pain manifested in terrifying panic attacks and social anxiety. Back then, she didn’t know how to pull herself out of the hole without hurting herself. She hurt herself for a long time before she learned how to cope with the depth of her emotions.

Years have passed since then. She’s grown now and she’s come a long way since her teenage years. She has healthier coping mechanisms, but sometimes they’re still not enough.

Sometimes she becomes lost in her inner turmoil and suffers for weeks at a time. But she doesn’t want anyone to see her at her worst, especially because she knows she’ll eventually bounce back—she has good moments too. So when things get tough, she has a tendency to hide. Her body and mind in pain, she suffers alone because she doesn’t want to inconvenience her friends and loved ones.

I love her and I’m there for her if she needs someone to pick her up when she falls. I am her honest and compassionate voice of reason but sometimes she just can’t hear me. Sometimes the wave of emotion is too much and she’s swept off her feet. She’s far away, out of touch from herself and everyone around her, barely able to keep her head above the water. It breaks my heart to watch her silent suffering, but I can only wait for her along the shoreline because if I step into the current with her, we’ll both be lost at sea.

She is my anxiety.

But I am not her.

I'm a rock climber and I'm afraid of falling, but I keep climbing!