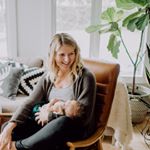 I had just graduated from high school and he was going into grade 12. He had bleached blonde hair that stuck out all over his head and made him impossible to ignore. His personality was infectious and his love for adventure caught my eye even more than his hair.

I knew I was in trouble right from the get go, but we seemed to be drawn together by some magnetic force that I was only able to resist for a few weeks. Eventually I gave in.

I fell, and I fell hard.

Never before had my affections towards a guy been returned. And it felt so good to be wanted. To be pursued. To be challenged.

And he challenged me in so many unexpected ways.

This was a guy who wasn’t afraid to take a risk. To throw himself off a cliff backwards and upside down. To break the rules for the sake of adventure. And I was happy (and a little nervous) to be along for the ride.

Whether it was sneaking out in the middle of the night to canoe in the moonlight, dance on the roof of the boat house, or lie under the stars and hear stories of how’d he gotten all of those scars, I was never bored with him. And I was amazed at how many stories (and scars) he had at only 16 years old.

Even though he’d had more experiences than most kids his age, he was still a 16-year-old boy.

I noticed it most when I tried to share about the deep emotions I was feeling. He didn’t like to go too deep. He was quick to shut those conversations down and head out on the next adventure.

So we climbed under tall bridges, swung from knotted ropes tied in trees, snuck into hotel hot tubs, and took every opportunity to make our hearts race.

And this girl who’d mostly played it safe for her 17 years of life began to change. To push herself outside of her comfort zone. To try things she’d never tried. To stare her fears in the face and realize that what was inside of her was a lot bigger than she’d previously thought.

Those summers were magic. But each winter our differences became more and more obvious, because the only thing he was more passionate about than a general sense of adventure was skiing. And when the snow began to fly, a magnetic force far stronger than the one between us pulled him west and away from me.

I would have happily gone with him, but somehow I knew he didn’t want that. He wasn’t ready for commitment. He’d often remind me that he didn’t want to get married until he was 30.

During one conversation with his sweet mama in the log cabin kitchen, she said we’d met 10 years too soon. And even though I told her I could wait, I knew she was right.

The right person at the wrong time is still the wrong person.

And other than timing, there was also the issue of my lack of skill (and passion) for the mountains. What he really wanted (and needed) was a woman who shared not only his faith and sense of adventure, but also his insatiable passion for sliding down the steeps. And as much as I tried to be, I wasn’t that girl.

So after four years of incredible summers and painful winter goodbyes, I laid it all out there.

Either we were moving toward a future together or we were done. There was no more trying to be friends and ending up in each others arms. No more pretending we were on the same page. No more feeling like my emotions were just too much, but the rest of me was not enough.

And my heart split like a crevasse in those mountains he loved so much.

But life moved on, and so did we. Eventually I heard that he’d found his dream girl — a skier who loved God and adventure as much as he did. And I found my own adventurer who loved the depths of my heart as much as my fun-loving personality.

We built lives we loved miles apart from each other.

And on the surface that split in my heart was covered over. With 15 winters of new memories. 15 summers new experiences. 15 years of a life lived to the fullest.

Then one day I got the text that changed it all: “He’s gone. He’s dead. Fell into a crevasse on a glacier he was skiing.” And all at once that bridge built up over my broken heart split right open and swallowed me whole.

It plunged me back into the depths of the loss I felt when he said those words. “I guess we’re done, then.”

The ocean is my happy place, particularly being in it or on it.