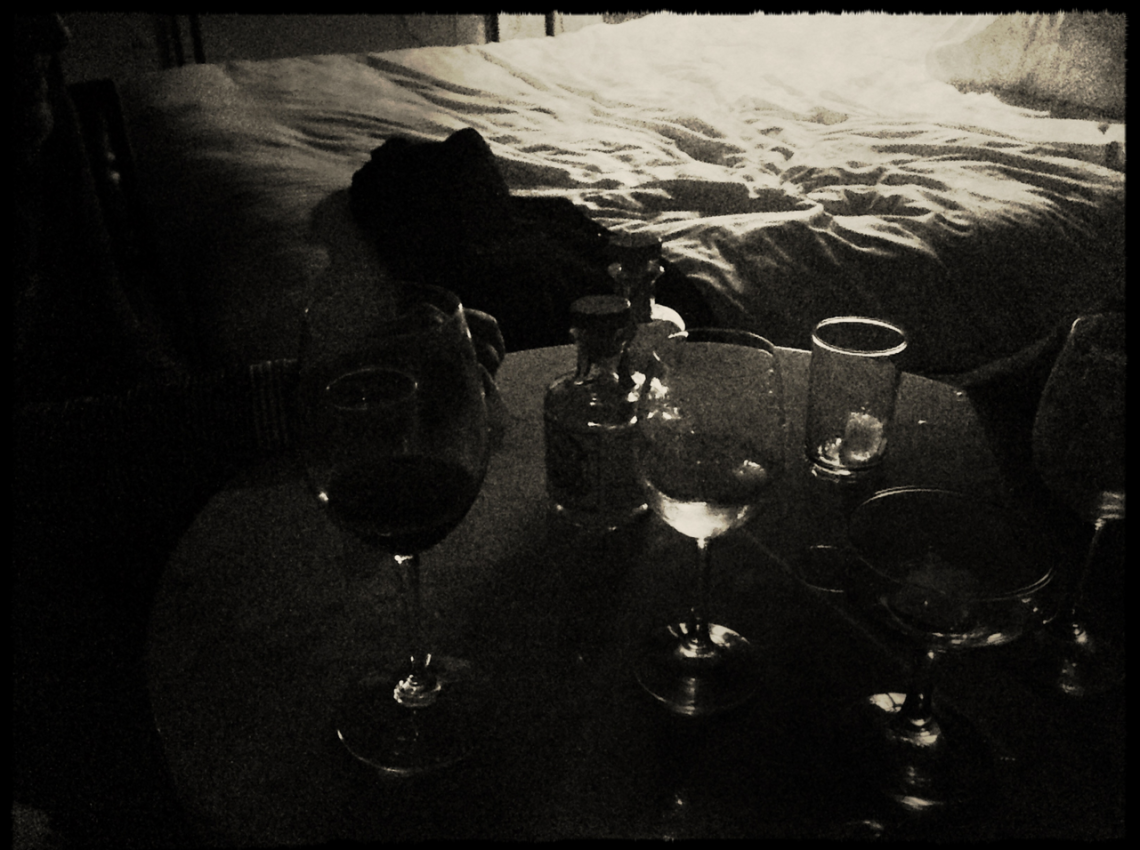 “We’re not having sex tonight,” I tell him. The tone is soft, yet confident. The words are not an outright rejection, but I want to slow this down. The thing is, I like him, but I want to do this right, and for now I’ve decided that ‘right’ means to continue the flirtation, perhaps some intimacy, but not to progress fully with sex.

He was a close friend of a close friend who was visiting town for the weekend, and we had met only once prior. He expressed an interest in me right away and he wasn’t shy to show it: telling me and everyone in earshot how funny and smart and beautiful I was. My face flooded red by such compliments – the lavish display of affection was new and delightful! When he asked for my number that Sunday afternoon, I gleefully gave it to him.

The next few weeks were filled with playful texts and talk of when he might visit again. He initiated conversations with me nearly every day, asking how my work was going and joking how perfect we would be together. I was excited by the flirtatious friendship brewing between us long-distance and intrigued by the possible development of a genuine romance. A mutual friend was hosting a party in the near future, so he decided to come back in town for that. I couldn’t wait to see him.

The night began just as we had left off the last time we saw each other. He was charming and sweet and paid attention only to me for hours on end, despite the fact that we were in a room filled with our other close friends. By the party’s end, I gladly invited him back to my place.

And then we were in bed – making out, nearly naked. “We are not having sex,” I told him. He continued to kiss me with fervor – exhibiting more strength than tenderness – which I mistook for passion. I went down on him, hoping he would return the favor. After I finished, he slipped off my underwear and shimmied on top of me, kissing my neck. Again I told him I didn’t want to have sex, and his unrelenting kisses responded. In half a second, he slid his arm under both my thighs and lifted my legs and ass into the air. He mounted me just as immediately, in what now seems so flawlessly choreographed that I can’t help but wonder if he had done it before.

He had already thrusted a few times before I realized what was happening. He was having sex with me, without my consent. In spite of my explicit refusals. Still, I couldn’t grasp that it was rape. Not during, at least.

My mind went blank. I couldn’t form thoughts. And my body betrayed me by laying still as the pleasure began to build.

The weeks that followed were spent in denial and avoidance until details persistently resurfaced in my mind. He resumed his texts with the same showering of affection, and confusion would rush over me while cleaning my room or commuting to work or falling asleep at night. I couldn’t shake the swiftness of his arm under my legs or the speed he came on top of me once I was folded over. It had all been so romantic up until now. But I was clear, I thought I was clear, was I clear? Yes. Yes I was. I had said it. I had told him. Out loud. I didn’t want to have sex. How had this happened?

I could tell you that I blamed myself, but I was surprised at how immediately I understood the importance of compassion in this moment. As someone who has struggled my whole life with intense self-judgment, I knew that this was not the time to go there. I had suffered enough.

Much like the incident itself, the aftermath was nothing how I could have imagined. I granted myself solace and a kind of self-love I had never before experienced. This is a turning point, I thought. I could easily let this event crush my spirit and tarnish my innate optimism with the world. I could lose my trust in men and have issues with sex and relationships going forward.

Or. Or I could accept this reality. Accept the violation that I endured…and, accept that I could and would survive it. Refuse to let this moment define me. Be determined to thrive in spite of recent horrors.

This clarity transitioned my status from victim to survivor, but even that affirmation gave my rape too much dominance in my life. Returning to a kind of normalcy was the final step to devalue it and empower myself once again.

After being utterly stripped of my will in one moment, I was able to reclaim my body again by willing my mind to focus on self-care and self-compassion. In the aftermath of helplessness, I saved myself by my chosen response to the situation. Until my recovery, I had never before fully understood my own power. We are all stronger than we realize.