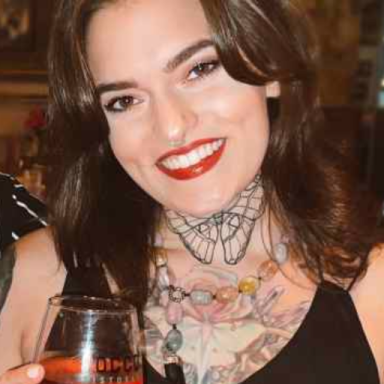 Sex: if you have too much of it, you’re a slut, and if you don’t have enough – you’re a prude. You owe it to your partner. Your husband has a right to your body. Did you know orgasms cure headaches? Maybe you should get a different excuse.

Tune in to any sitcom that airs after dinner and you’ll see a classic dynamic played out over and over again with different faces – an average or below-average looking man married to a beautiful woman, a couple of kids in various age ranges, and maybe a dog. The man works an average job, and his wife usually stays at home. Nameless man often screws something up, much to his wife’s chagrin, while her only character developmental plot point is her parenting skills, and constant avoidance of her husband’s sexual advancements.

We find our sad woman often faking a headache to avoid intimacy, and our disgruntled husband chatting with his buddies about all the things he’s done (basic household chores) that should earn him the night of romance he desires.

Eventually, we find our hero getting what he wants by the end of our episode when he surprises his woeful woman with some sort of gift, or basic kind gesture everyone should offer their partners, when she gives in and rewards his behavior with sex.

A poll of my social media following shows that 86% of heterosexual women that follow me on Instagram have had sex with their male partners purely out of obligation.

The damages of having obligatory sex with your partner are irreparable. In my hetero relationships, I often found myself having sex with my partners because I felt I needed to, for their sake – either as a kindness, because they asked so much, or so they’d leave me alone to do what I wanted to do and wear what I wanted to wear, without them coming on to me constantly. I’d have arguments with partners after they’d bring up the lack of sexual contact we’d have, and I’d often find myself disgusted after finding out they’d tracked just how long it’s been since we’d been intimate. I’ve had male partners list the kind things they’ve done for me, as if sex was the barter system we’d agreed on for niceties.

Having sex I didn’t want to have always made me feel dirty. The act alone felt forced, disconnected, and tiring. I would start to resent my partner for using my body for his pleasure, even if he made attempts to turn me on. Don’t get me wrong, I had at times had good sex with these partners – but the more I felt like my value teetered on my sexual prowess, the less I wanted to have it. Even as a gay woman, I can attest to the truth within this experience, because once I recognized I was no longer going to have obligatory sex, the more I wanted to share this news with every woman I knew. Trips together to the restroom had me asking, “Hey, do you have sex with your boyfriend just because he wants to?” and the answer is always yes.

Sometimes, we don’t know that what we’re experiencing isn’t normal until we find someone else that shares that experience and can share in the sheer discomfort, discontent, or disgust that we feel about this same scenario. There is strength in numbers, and there is comfort in comradery.

In my experiences and relationships with women, I found myself in a safer space to communicate that I wasn’t in the mood, however this isn’t the experience for all the queer women I know.

In that same poll, I discovered that 55% of the women who answered “yes” to having obligatory sex with their partners, were queer however most of those women reached out to me separately from the poll to explain that their negative and pressured experiences happened with their male partners,

My poll, and my perspective, are only calculated from a woman’s perspective as I feel this experience more or less belongs to women (though that’s not to say men haven’t shared in this experience, I just don’t feel as though I can adequately represent them.)

Media, and our general culture and societal standards for a woman’s place in the world often leaves us to feel the need to comply and fall into submissive roles, even in more passive scenarios – where we work, when we drive, when we walk down the street. Even the strongest of women find themselves pacifying a man at some point in time in their life, even if it’s not with sex. We are taught to handle the male ego with gentle hands, as to not disrupt the general fragility of it.

In this article we find instructions for women on how to say ‘no’ to sex without hurting their male partners feelings. God forbid you hurt his feelings by turning down sex, right? Fortunately, this article even addresses a woman’s duty in marriage with a subheading asking – “Can You Say No To Sex In A Marriage?” followed by: “After all, you have been told in one way or the other, that keeping your husband happy is your moral duty. When turning down his advances leads to unhappiness and strain in the relationship, it is only natural to wonder: can you say no to sex in a marriage? Yes you can but you have to be tactful, sensitive and do it without hurting his feelings.” Puke. If keeping your husband happy requires sharing and using your body when you aren’t aroused or interested, it is a violation of your personal space, and a violation of your respect for yourself.

Rapper Lil Dicky, has a song called “Let Me Freak” where we hear him list his strengths and all the reasons he believes he should be able to have sex with a woman. Most comments under the music video are touting how hysterical the song and video is, and when I stumbled upon a comment that says the user played this for his girlfriend and she was “not amused”, reply comments suggest this man find a “new girl” because this one is “not a keeper”, while others tout how well this video worked for them when they played it for their wives or girlfriends. It’s supposed to be a funny sort of look at how this nice guy who cut down on farting deserves sex – I hate to break it to you, but no one deserves sex – it’s a shared experience between two people that should be entirely consensual and fun, and reward bases sexual favors can and should only exist in a safe and controlled, kink-friendly environment between two consenting adults.

After several traumatizing sexual experiences (we can dive into this another time) I finally told myself I wouldn’t have sex when I didn’t want to again, and that promise to myself lifted a weight off my shoulders immediately. I found myself feeling safer in my own body. I stopped googling “how to fix my libido” and “why don’t I want to have sex?” because I realized there wasn’t something wrong with me – my compatibility with my partners wasn’t really there, and the lack of safety I felt in my own body was jeopardized when I was partnered with people who believed that sex was their right, and not an intimate act meant for us to share and experience together.

The only advice I can really offer is this: If you find that having sex with your partner, male or female, gay or straight, sometimes feels like a chore – it’s time to make a change. You deserve to have fulfilling sexual encounters full of the fireworks you want, without feeling gross, shameful, or used. Remember this – consent is important, anything other than an enthusiastic “yes” is a no, and you can change your mind at any time.

If you, or someone you know, is in a dangerous situation please refer to the National Domestic Violence Hotline to call, chat, or text with someone who can help, or text “START” to 88788.

How To Really Make A Woman Come, According To Science: 5 Facts About The Female Orgasm Everyone Should Know