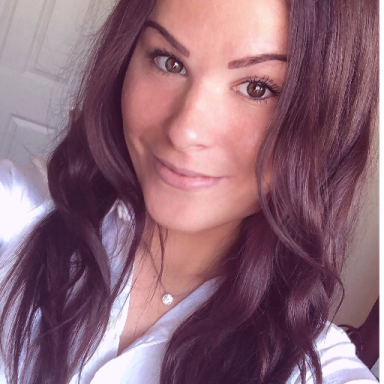 Trigger Warning: The following article discusses suicide and may be upsetting to some readers.

Nearly 800,000 people worldwide commit suicide per year, according to the World Health Organization. That means every 40 seconds, a person takes their own life.

Whether it’s mental health issues or they decide that suicide is the only way out of an unfortunate situation, these statistics are alarming. And we may never know the reasons as to why our loved ones choose this path, or why they didn’t reach out for our help.

When my father committed suicide when I was six months old, I don’t think he understood the lasting affects it would have on his family. I don’t think he thought of how his decision would impact those he left behind.

After his death, my mother was left to raise three young children on her own. She eventually found a new love; not with another partner, but with alcohol instead.

Her need for the bottle replaced her need to take care of us, which resulted in a toxic household. I think if my father never took his own life, our lives would have been different.

Unfortunately, his struggles with mental health have become my own.

In 2013, I attempted suicide. At the last minute, I made a phone call that saved my life.

I wish more people would make the same call I did. However, I understand how the fear of being thrown into a mental hospital, or being judged, can deter them from asking for help.

I know it’s a harsh truth when you have to admit to yourself that you feel hopeless, depressed, or trapped. And I know it’s even more difficult to admit that to a friend, family member, or stranger.

I know that feeling of isolation all too well; constantly feeling like you’re drowning and trying to catch your breath as you barely rise to the surface of the water.

I know how it feels to want to give up. Even though I survived my suicide attempt, I still sometimes struggle with getting out of bed in the morning.

But thinking about how my loved ones would feel if I left them behind is enough to make me want to continue living. I can’t do to them what my father did to me.

I know it feels like you’re on the front end of the battle lines and your opponent is much bigger and stronger than you are. But choosing to survive, despite all those voices in your head trying to convince you to take your own life, is winning the battle.

Waking up to a brand new day and choosing to live on this Earth is such a resilient feeling. Because this world, regardless of its flaws, has so much to offer you.

You were put on this Earth for a reason and if you leave, it will never be the same without you.

You might not believe it right now, but brighter days are ahead of you. You will rise to the water, take a deep breath in, and feel the sun on your face.

I can’t tell you when, or that you’ll have more good days than bad days. But I can promise you, they will come.

You’ll wake up and know that you’ve won the battle. Because we are fighters. We are warriors. We are survivors.