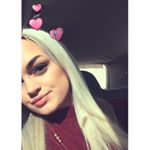 354 days. I’ve been single for 354 days. I’ve been free for almost an entire year. It feels like it’s only been a week since I left my abusive relationship, and yet it feels like a whole other lifetime altogether. I look back on what I endured and I look at the photos and the Snapchat memories and I don’t even recognize the person in them anymore. Part of me hates her. Part of me is still angry with her for putting us through that and not being stronger sooner. But part of me is proud of her for finally gaining the courage to leave and becoming who I am today.

A year later, and I no longer cry myself to sleep with a locked door, listening to the sounds of him trying to bust into the room with accusatory and abusive drunk ramblings that would last well into morning. I no longer lay on the bathroom floor, wondering where I went wrong or what I could do to prove my love. I no longer defend him or make excuses to our friends for his manipulative behavior. I no longer hate my body because that dress shows my stomach or if I wear those shorts he won’t be seen with me. I no longer walk on eggshells in my own home or find empty beer cans or homemade pipes hidden in the strangest of places.

A year later, I wake up in the morning alone but hopeful. I make dinners for one, but I don’t have to worry about monitoring my portions to be less than his so he doesn’t think I’m eating too much. I can make plans to have drinks with a friend and I don’t have to get my outfit approved beforehand or even check to make sure I’m allowed to hang out with said friend. I can go out to a bar without constantly scanning the room and checking the tab to make sure he hasn’t gone overboard. I can enjoy my time out without constantly trying to read his mood to make sure we leave before he starts his abusive ramblings. I no longer have to keep an eye on the bathroom and parking lot to make sure he hasn’t snuck off to do coke with his old buddies. The coke always made things so much worse.

A year later, I play whatever playlist I want when I’m cleaning the kitchen. I can play J. Cole or Cardi B or Arctic Monkeys without argument. I still play Texas country sometimes, but I’m no longer restricted. I can play it as loud as I want and I can even sing along. I can watch SVU on TV whenever I want, and I can even watch horror movies (though now I live alone, so they make me more nervous). I can make a mess in the living room with paints and I can even leave it overnight if I get too tired to clean up. I only have to do MY laundry.

A year later, I believe in myself again. I make the rules for my house and my body, and I don’t have to conform to anyone else’s idea of who I should be. I can stand up for what I think is right without being censored by a prejudiced and controlling partner. I can speak freely about my experiences with sexual assault and violence without worrying about “embarrassing him”. I can stand with BLM and LGBTQ without being ridiculed.

A year later, I can focus on my own business and career instead of trying to convince and encourage him to further his. I can proudly promote myself as a small business owner and no longer feel ashamed or embarrassed to sell vintage clothes because “who even buys that stuff.” I can schedule photo shoots with male models without suspicion and have customers and models over to try things on without worrying about him stumbling in drunk and causing a scene.

A year later, I have found my voice again. I have found my confidence again, and I am even stronger than before. A year later, I have become a whole new person. I have become someone I am proud of, and he is still in the same sad place he’s always been. I had convinced myself that we could change together, but once I let the weight of his abuse stop weighing me down, I’ve soared farther than I ever imagined.

A year later and I still have a long way to go, but I am NEVER looking back.