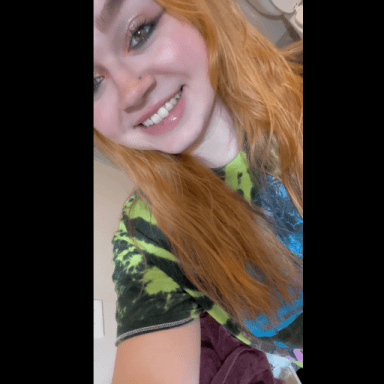 As children, we hear so many things that shape us into who we are. It could be said to us by anyone on anything, small or big, and we remember that.

“Don’t be too loud or the boys won’t like you.”

“You should be seen and not heard.”

“You could have it a lot worse.”

I never realized how much I let those words affect me. I never understood how much I craved approval from people I would never see again. A picture may be worth a thousand words, but words can cut deeper than a knife if you let them.

When you would get hurt by these words, they said they were only saying them to help you because they cared for you. When you hear these words so young, they haunt you. Maybe you said it and hoped it didn’t sound laced with malice, but as we grew up, we tried to fit them in our daily lives that made them toxic.

We think, “Oh, he’s mean to me—he must love me!” But in reality, it’s the opposite. What if I don’t want to act like a lady? How should a lady act anyway? Why should I smile when I have no reason? What if me being loud is part of who I am? Should I change myself to fit a man? Is what I say not important enough to be heard? Should I stand here and be a pretty face so you have somewhere to look? How did my speaking contradict you?

You’re right. I could’ve had it a lot worse, but it also could’ve been so much better.

We put each other down and don’t even realize it. Women face so much discrimination simply because of particular body parts we were born with, but it also happens to men.

Why do we let words dictate who we are?

Would it cut us deeper if a loved one said it?

Just be you. That’s all you can do. If you want to cry, then cry. No, it isn’t being “whipped” to show that you love and care for someone. No, it isn’t “gay” to like the color pink or fashion or whatever you like that someone could deem a girl thing. And if you want to “be a man,” just be you.

We have to stop telling little girls and boys these things, because it’ll never be okay. Just because it’s 2020 doesn’t mean we have to live like it’s the 1920s.

You hold power. Get these things out of your head. Love who you want to and love what you do; we’re all one of a kind, and I think it’s time we start believing in that.