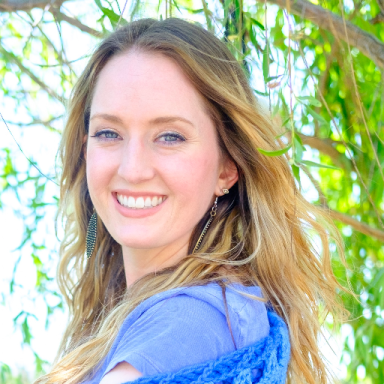 Most commonly, we think of creativity in the logical, masculine sense. It’s a skill to be acquired, a problem to be solved, a characteristic of certain personalities.

And yet I beg to differ.

In fact, I beg to go deeper. To the sensual, passionate, spiritual essence of creativity.

Creativity isn’t something we can describe, try as we may, nor is it simply a “skill.”

No, creativity is much, much more luscious and lucrative than all that. It’s as mysterious as the darkness, as deep as ten wells, and as tantalizing as a mistress.

Creativity is not something to be felt by the five senses. It goes beyond that. It pours through our energetic house, cleansing chakras and awakening our greatest desires.

It moves our intuition and gives freedom to our hearts in a way that mere words cannot.

It fans the flame within and spills out in all the wrong places in all the right ways.

When spirituality is sanitized, boxed up, and tagged with a one-size-fits-all sticker, it ceases to be spirituality at all and is watered down to what we call religion.

In the same way, when creativity is put away on a shelf, neatly labeled next to the expensive watercolor pencils you never use, it becomes what we call logic.

So we stay in between the lines. We avoid cutting up and moving our body. We dismiss the online class as “too woo” for us and instead vow to stay safe and predictable. Nevermind the fact that the truth inside ourselves is desperate for love. The wild, feminine goddess you once embodied is now buried so deep in your chest you wouldn’t be able to find her even if you tried. Besides, you fear greatly what would come up with her.

Grief. Sorrow. Sexuality. Emotions! Who knows what mess she would make?

And yet within her mess lies your authenticity.

Behind the fears and doubts and guilt and shame and rage lies the pure essence of you. The creative, sensual, fluid enchantress that lives with her heart wide open and loves like a rainstorm. The magical being who exercises her delight and leans into pleasure.

There also lies the playful little girl who used to twirl in her tutu, sing and dance for all to see and wear colorful ribbons and bows in her hair.

Today she wouldn’t be caught dead in colorful ribbons.

Because she has succumbed to society. She let them win.

As she grew into womanhood, she listened to the messages she was fed.

Emotions have no place here.

And now, by the grace of God, she’s had a brief moment of reprieve. She looks around and asks, “Where did the real me go?”

She can’t remember the last time she moved her hips freely, sang in the shower, or threw paint on a canvas without a care in the world.

She longs for passion. Where are her desires and what are they now?

Where does this life end and her truth begin?

Splattering colorful positivity around the globe.