I’ve finally reached a point where I’d have sex with myself. Well, almost. Definitely a handy.

Learning to like yourself is like learning to speak Chinese—most people won’t do it, and even more people won’t ever realize that Chinese isn’t a language but a people that speak Mandarin. Racist.

I haven’t done much to make myself look more appealing. I’m still a little overweight and will never learn to control myself around sweets. Because I’m young at heart, I still have to deal with the occasional acne. I have a stomach that squishes into a booty and reveals its ugly head (hole?) when I’m leaning forward. I swear my lower back problems are the result of trying to hide this stomach bulge during sex.

The biggest change is that I’ve grown a beard. I never realized the capital gained from facial hair. The kind of attention I’m receiving from this hairy new addition to my face is new territory. It’s nice, but it’s not what is attracting the double-takes and winks (yes, actual IRL non-drug-induced winks). As was the case with my chubby girlfriend in high school, it’s the confidence from the beard that’s drawing the moth to the flame.

I’ve been plagued by insecurity my whole life. I was more than a chubby kid: I was fat. I weighed 250 pounds in high school and peaked at 275 in my 20s. For the better part of my first 25 years, I thought everyone had trouble seeing their genitals. 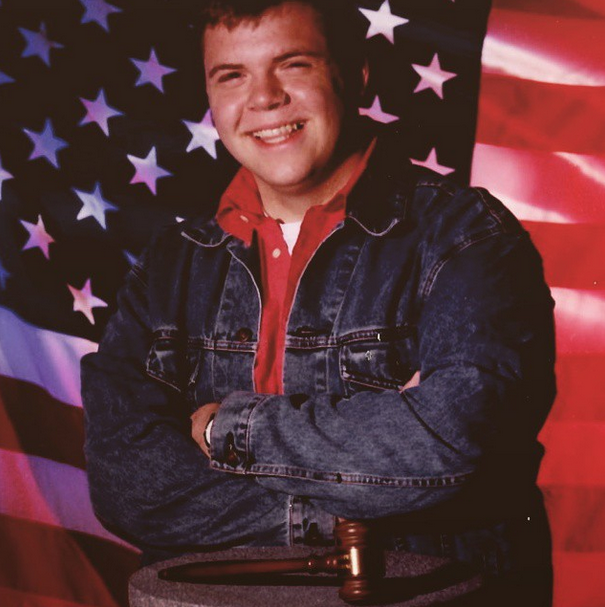 There was a time I thought duct-taping my neck fat would tighten the area. I spent most of second grade with a mysterious neck rash.

I did anything to rid myself of the hair that I’m genetically predisposed to have. Changing for gym is hard enough—looking like you’ve got a vest sewn into your chest is too much.

Even my first sexual experience left me troubled for years. I was 14, and my best friend Jo was spending the night. We started touching ourselves in the way too-obsessed-with-sex teenagers do, middle of the night in the basement of my parents’ house while watching Mel Brooks’ “Dracula: Dead and Loving It.” With the cloud of night shielding us from others, we got naked. Then aroused. The conversation veered toward sex, “Would you?” and “It’s just getting off,” pitiful attempts to normalize what we were about to do. Still not convinced, Jo picked up the Dennis Rodman doll I had received as a gag gift, and, well, the next thing I knew I was being cornholed by the most flamboyant player the NBA has ever had. Once convinced, Jo took over for Dennis.

Eventually I lost the weight, but things didn’t change. I went from being fat to painfully basic, average, the norm. Unlike before, nothing about me stood out. What’s the point of losing a shit ton of weight if nobody is going to refer to you as McDreamy (forgive me, I lost the weight around when Grey’s Anatomy was relevant)?

I was so visually ambiguous that my roommate of four years thought I was male-to-female transgender.

“Now that you lost the weight, are you upset you lost your chest?” Carrey asked.

“What about the surgery?”

Now, keep in mind, I thought we were talking about my weight loss, not my nonexistent plans to transition to a woman. So when asked about the surgery, I replied with exactly what my doctor had said about excess skin removal.

“I’m too young for it. My doctor said that it could happen naturally for me.”

After Carrey yelled, “You can’t grow a vagina,” I figured out what was going on and realized that even 100 pounds lighter, I’m still misunderstood.

Those first couple of years at an average weight were consumed with obsessively staying fit, watching what I ate, growing to love my body hair (all of it) and then losing it to chemo and growing it all back (and then some, hence the beard). 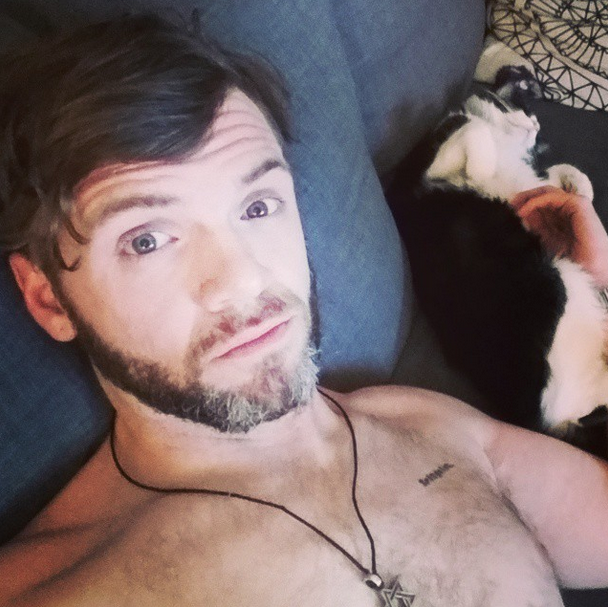 So you can imagine my surprise at this recent attention. Turns out, male body image issues aren’t anything new. In fact, a study found that men might actually be more concerned about their body than women, with 80 percent of men in the study using language that negatively reflects on their body.

But this isn’t a contest between who has it worst. The fact is, society tells us we’re not perfect for (insert ridiculous reason here). Frankly, I don’t need society to tell me how to think badly of myself. I’ve got my mother for that. So reaching a place where I can call bullshit on the ridiculous pressures that have built up in my brain for the past 32 years is an achievement to celebrate … with some winks, smiles, and the occasional, “Hey Papi.”

It’s not like I’m getting so much attention now that I broke OkCupid or anything. It isn’t even about the attention. It’s about what I think about myself. I’ll eventually find something hideously wrong with me, which is only natural. The saying “we’re our own worst critics” is so true.

But we shouldn’t let that self-criticism ruin our chances for a little Dennis Rodman back-end love. Liking yourself is way sexier than duct-taping your chin.