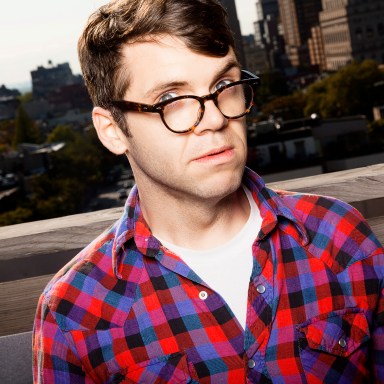 When I first realized I was gay, I thought I was going to die of AIDS. It was the mid-90s, and even though there had been advancements in protection from the virus, my Midwestern teenage self automatically associated gay with AIDS.

The Centers for Disease Control and Prevention (C.D.C.) recently recommended that hundreds of thousands of sexually active adults at high risk for HIV infection take a daily pill known as Truvada, which has been found to dramatically reduce the risk of HIV infection. The announcement is a suggestion for physicians to prescribe the drug regimen, known as PrEP, to those at high risk. Being a sexually active single man, I belong to that high risk group.

Besides some of my sexual experiences as a teenager, I have always practiced safe sex. I try to always ask when a partner was last tested, even though it’s not the sexiest thing to ask at the height of a sexy time moment. I think about how different my life would be if I were to become infected. Even though it’s no longer a death sentence, it would still be a game changer for my life.

I’ve had sex with HIV positive men, always safe. I’d be lying if I said that it didn’t worry me, or that their status didn’t have an impact on how far I’d let the relationship go. I’m ashamed of this, but I also feel like it wouldn’t be fair to them to be with a partner that couldn’t look past their status.

Condom use and abstinence has been the official recommended course of action for the past 30 years, and it continues to be, with this new PrEP caveat. But it’s been in recent years that condom use has declined for young gay men. The reasons for this are varied, either a relaxed outlook on the epidemic because of the advancements in drug therapies for those infected, or just the assumption that if one was to become infected, it would no longer be a death sentence. I’ve never been able to be relaxed sexually, the fear of infection is still very powerful.

Condom-less sex (or bareback, as it’s often referred) is appealing. The idea of being able to be with someone without restriction is something that I’ve only ever reserved for monogamous partners. But because my life, and so many of my peers, don’t involve long term monogamous partners, and more and more people are choosing to remain single, the desire for this deep connection is even stronger. So the announcement of a pill that would allow this level of connection and protect against the very thing I fear is great news. So why can’t I stop worrying about becoming HIV positive?

Culture has taught us for the past 30 years that sex is dangerous, you could die, it’s dirty. Even with this messaging, we’re still bombarded with sexual imagery, from billboards to readily accessible porn on the internet. If it’s so bad for us, why do you keep throwing it at us? Because it’s not bad, or dirty. It can be dangerous, but isn’t the danger part of what makes it appealing? I’ve been willing to accept the dangers of sex with the cloak of protection from condoms, but becoming convinced that a pill could protect me is going to take longer to sink in.

Truvada and the C.D.C. still advocate the use of condoms while using the pill, but many on a PrEP regimen don’t follow these suggestions. I don’t know if they’re being dangerous or pioneers for the future of sexual freedom. I hope the latter.

Until then though, I’m going to continue to use condoms.

H. Alan Scott is a writer and comedian based in New York City and Los Angeles. His work has been featured on the Huffington Post, xoJane, WitStream, Sirius XM Radio, here! TV, Chicago Tribune, Towleroad, and Time Out New York's "Joke of the Week." Scott has performed at the Hollywood Improv, the Laugh Factory, Carolines on Broadway, and Chicago’s Lakeshore Theater. Scott is the co-creator and host of SRSLY LOL, an alternative variety show in New York City and Los Angeles. Most recently he created #Chemocation, an online chronicle of his cancer diagnosis, treatment and recovery. Oprah said his name. Pic by Mindy Tucker.

If You Wouldn’t F*ck A Grapefruit For Money, I Don’t Know What’s Wrong With You