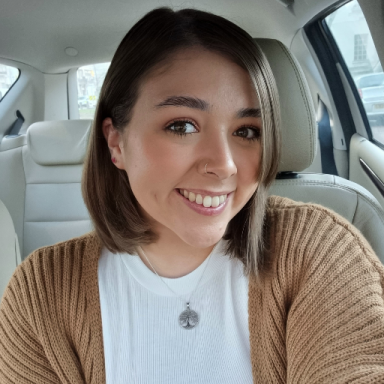 As I turn 21 years old, I glance back at a life filled with joy, heartache, and adventure. All life events have shaped me, although many were bittersweet. Each and every one has had a knock-on effect on the choices I’ve made, the people I’ve met, and the person I’ve become.

1. Vulnerability is where growth happens

“Of course people are going to talk, what you’re doing is making yourself vulnerable.” Words from one of my four wise sisters. In 2017, a wave of “what have I got to lose?” washed over me and I decided to start publicly blogging. Scary, yes. Bad idea? No, for I wouldn’t be where I am today without that vulnerability, nor would I be where I need to be in the future.

2. Your negative self-perception is wrong

The amount of time I’ve wasted predicting and analyzing what each and every person I met would think of me is immeasurable. You will clash with some people in life, but the negative chatter your mind feeds you about the type of person you are will always be wrong. Listen to the loving voices that speak truths.

3. Loss is bittersweet—it’s okay to develop as a result

The girl I was at 16 who’d just learned of the news that one of the most important figures in my life had passed could never have predicted I’d be here today. There’s not a day that passes in which I don’t wish he could be here to see me now. Yet I know that such a shapely event has had and continues to have a knock-on effect on my morals, values, attitude, and lifestyle.

4. Self-love is what will set you free

After the breakdown of a relationship, I went through what I can only describe as a form of awakening. It was ugly, uncomfortable, and mostly embarrassing. But the journey taught me how much I’d abandoned my own needs, and frankly, how much I disliked myself.

5. Being selfish is not a crime

Following on from the above, there’s a certain amount of stigma surrounding the act of selfishness. It’s often seen as a cruel and narcissistic act. Of course, too much of anything can be harmful. But so-called selfish acts of love and kindness for your own mental wellbeing are necessary. You’re allowed to say no. You’re allowed to cut out relationships that don’t serve you.

6. Trying is as purposeful as doing

I am not, nor have I ever been, particularly academic. My mom has always brought me up to do the best I can in all situations—GCSE’s, A Levels, jobs, etc. Fortunately, it has instilled a sense of gratitude in me that the end result shouldn’t be representative, it’s the trying and working my arse off that does count. Remember that.

7. Some people are scary, but most are good

I talk a lot about social anxiety and it’s an element I’ve carried with me for some time now. I can gladly say I’m no longer at a stage where I’m unable to leave the house, but I’d be fooling myself if I said the social anxiety has vanished. You will stumble across some nasty or downright rude people in your life, but what matters is that they’re not a reflection of yourself.

8. Failures and mistakes are a part of learning

You will experience failure and you will make mistakes, but they will grow to be blessings in disguise. If actively looked at, their teachings will push you forward in life.

9. There’s more to you than your body

This is definitely easier said than done, but I know I’m not the only one whose wasted years hating my body and deeming it unworthy because it doesn’t fit social expectations. Being active and eating healthy does matter, but beating yourself up for eating a tub of Ben & Jerries serves you no purpose.

The amount of times I have shrugged the same sentence off when it’s been said to me is frankly quite hypocritical. Only through experiencing can you learn, I suppose—sorry, Mom! Keeping a clean and tidy space determines my mood when I wake up and the quality of sleep I’ll get each night.

We all scroll through social media and scrutinize. We scrutinize and pick at a person or people for leading lives we want to live. We become frustrated and down, when in reality comparing our path to somebody else’s path is as useful as comparing an apple to a lemon. Take inspiration, yes. Avoid comparison whenever possible.

13. People will try to put you down, so use it as motivation

More often than not, jealousy plays a role in criticism of others. From a loved one, it may be that they think they know what’s best for you, and there’s nothing wrong with that. Only you know what’s good for you and your journey. Use the criticism and doubt to encourage your passion.

14. When everything feels too much, grab a cup of tea

I still stand by this one. A cup of tea, a cuddled up dog, and a good book is the perfect combination for a troubled mind.

There’s no shame in asking for help, advice, or opinion. Life is all about giving and receiving.

16. The worst case scenario isn’t ever that bad

We often feel anxious due to a line of potential ‘what ifs’. Or we come up with all kinds of scenarios that could happen. But the truth is, the worst case scenario will never be the end of the world. It may feel like that, but time is the greatest healer.

Write down your dreams and goals. Write down when you will achieve them. Write down each and every detail. Voice it to the universe, your friends and family. What matters to you won’t pass you by.

18. Never base your self-worth on the opinions of toxic people

Toxicity can come from a family member, a friendship, or a relationship. Regardless, only harmful energy can emerge from it. You know yourself better than anyone. Stick to your morals and values. You are you and nobody can take that away from you.

19. Taking care of plants is not so bad after all

A year later and I haven’t killed off any plants. Watering them X amount of times a week has reminded me to take care of myself. Silly, maybe, but it works, I promise.

20. Laughter is the best medicine

I will say this a thousand times more. Laughter IS THE BEST MEDICINE, whether it’s having a childish giggle or laughing until tears stream with a group of friends.

You don’t have to have it all figured out by a certain age, and the probability is you won’t. And that’s okay. You have time to figure it out. For now, make room for joy, make time for working on what you are passionate about, and prioritize living a life with no regrets.