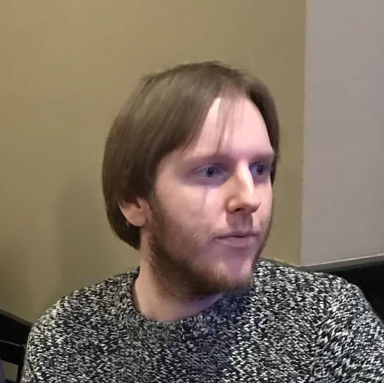 While I admit I have never liked Pinterest, I was never afraid of it. Or I wasn’t until recently.

We all have at least one person who worships Pinterest. It is usually either your aunt, coworker, or obnoxiously productive friend. Either way, the story is always the same.

You see them constantly on Facebook posting recipes for stuff you didn’t want in the first place, but after seeing it you crave it all day long. The last thing you need after your afternoon coffee fix is someone blowing up your feed with recipes for sriracha flavored everything or the millionth way to make guacamole. To add insult to injury, they are never easy recipes. They might as well tell you to go out and grow your own wheat, it’s that complicated.

The Crafts and DIY section is just as bad. I mean don’t get me wrong, I love amazingly over the top Halloween decorations as much as anyone, but those crafts are like that one Lego set you had as a kid. The one that said it was easy to assemble, but halfway through you realized there were pieces missing and the directions made absolutely no sense. Which was why you may have had to suppress the urge to pick up the half completed Lego set and throw it against the wall out of sheer frustration.

That’s Pinterest summed up in a single emotion. Hence the website called Pinterest Fails, which is a far more honest and entertaining use of your internet time. To be honest, I would bet money that 99% of the stuff people post on Pinterest never gets made. It’s like any other list people make; something gets written down in a moment of excitement and then is immediately forgotten. Or at least that’s what I’ve been hoping.

Last week my date had just flaked out on me and since I was bored, I found myself indulging in the time honored activity of looking up random things on Wikipedia and elsewhere.

I was delaying the inevitable walk to the kitchen to cook when I saw it. Sometimes being on the internet is like being caught in the middle of a bar argument; shit can escalate quickly. You start out looking for the address of a new restaurant and before you know it, you have wasted an entire afternoon on some mindless clickbait.

How exactly I wound up in that section I still don’t know. But somehow, I ended up going from a tutorial about tenderizing a steak to instructions for how to properly dispose of a body. Everything was there; from what chemicals to use, how deep to dig the hole, and where exactly is the ideal location. I couldn’t help but get a chuckle at this. Thank God someone on here had a sense of humor. I mean come on, this couldn’t be real, right? No one would seriously post this on here.

Shaking off any lingering suspicion, I carried on. I saw something below the post on how to dispose of a body and scrolled down to look at it.

It looked a crime scene; blood smeared over the walls, broken glass scattered on the floor, and a massive shape wrapped up in a Hefty Bag on the floor. Below the image was a caption.

“With the help of Pinterest, I was able to clean this up in no time flat thanks to the latest tips for getting rid of hard to eradicate stains. In the past, my carpets had been ruined countless times, but now everything looks brand new! Not to mention, this will make some great fertilizer for my Tomato plants. Well done Pinterest as always!”

Ok, this was starting to get really weird. Someone was trolling Pinterest users pretty hard now. But hey, this was the internet. So I kept scrolling down when something else caught my eye.

“How to never get caught poisoning someone,” was the title of the next post. After a brief glance I saw it was a list of various ways to poison someone using various household items. Now this was just pretty sick. All of these posts were all from the same user, an obviously fake account with a bunch of random letters and numbers. How had no one reported this yet?

I immediately flagged it as violating the community guidelines, then logged off the page and closed my laptop. I sat there in silence for a few minutes, then I got up and made myself some dinner. Over the next few days I tried to forget about what I saw. It was all a joke, it had to be. But I just couldn’t get it out of my head. Out of sheer curiosity, I finally went back to Pinterest last night to see if it was still there.

The posts from before were gone, but the same user had just uploaded a few new pictures. When I saw them, I almost knocked my laptop on the floor in shock.

“My new DIY project, such amazing potential for this space. What do you guys think I should do with it?”

It was my apartment space. My living room, kitchen, and bedroom, all there for everyone to see. I immediately got up, dead bolted the door, and checked everywhere to make sure nothing or no one was in my apartment. Later that night I also called a locksmith to come and change the locks. But I won’t lie, it terrifies me that some random internet user got in my house. I still don’t know if there’s anything more I should do.

…he begins to wonder if he ever really knew her.

Shortly after breaking up with his unfaithful girlfriend Allison, college professor Vince O’Malley gets a call about a break-in at his house, and whoever was there left a disturbing calling card. Police suspect Allison, who has completely lost her mind. But when Allison turns up dead from a drug overdose, and other strange coincidences begin happening, a journey to discover the dark and mysterious truth about Allison begins.