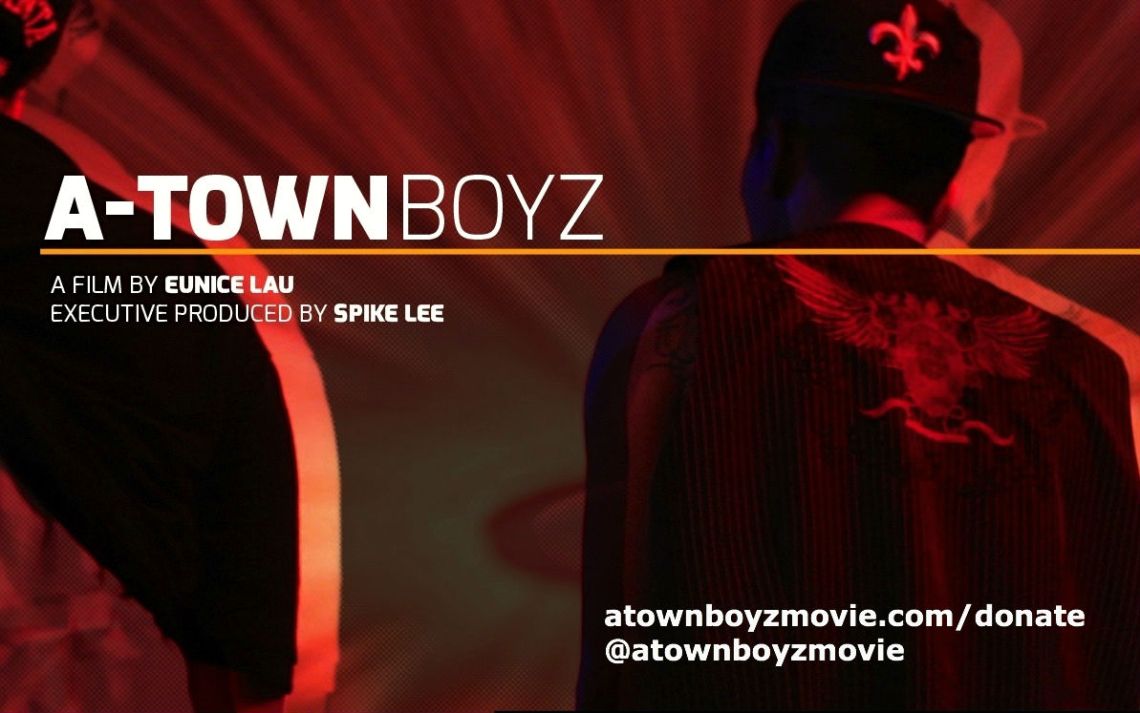 Since 2012, I’ve been producing a documentary (approx. 90 minutes) that features Asian-American gang men of Atlanta, GA entitled A-Town Boyz. Ever since we shared that the film’s been in production, we received an outpour of support and encouragement from people everywhere. The film’s been in development since late 2011, and we’re now in post-production looking at festival release within the year. Can ya dig it?!

What the Movie is About

A-Town Boyz accesses the underground culture of Asian-American gangs that mainstream viewers haven’t seen before. We document young men who have been touched by gang life, as well as their family members. The film delves into the socioeconomic motives behind young Asian American men joining gangs, where they are now and what they are doing to improve their circumstances. We interview community members to gain further insight into why Asian American stories need proper representation in this country–one that doesn’t reduce AAPI faces and experiences into just one image, the kind that is too often tainted by racism or misguided myths and assumptions (see the model minority myth). Our film observes themes of identity, Asian-American masculinity, immigrant life, refugee life, and the battle against stereotypes. Ultimately, it illustrates the multidimensionality of Asian Americans of Atlanta.

“Why Focus on Asian American Men? Aren’t They All, Like, Rich and Educated?”

Wesley Yang’s 2011 essay “Paper Tigers” in New York Magazine aptly sums up the answer to that hackneyed question: “Here is what I sometimes suspect my face signifies to other Americans: an invisible person, barely distinguishable from a mass of faces that resemble it. A conspicuous person standing apart from the crowd and yet devoid of any individuality. An icon of so much that the culture pretends to honor but that it in fact patronizes and exploits. Not just people ‘who are good at math’ and play the violin, but a mass of stifled, repressed, abused, conformist quasi-robots who simply do not matter, socially or culturally.”

If you want to learn more about why discussing Asian-American men’s identity issues in this country is urgent and necessary, please check out Alex Tizon’s wonderful, wonderful book Big Little Man. Another to consider is The Face of Seung-Hui Cho by Yang.

We launched a crowdfunding campaign last month to raise post-production funds to make a fine cut, enter the festival circuit and bring the film to wide release in the US and overseas.

“Why Do You Need to Crowdfund?”

This film began its production in late 2011 on a shoestring budget of $10,000. After carefully (and miraculously) milking that seed money for over 2 years (equipment and multiple flights to Georgia from New York), we ran out of funds in 2013. Our team applied to dozens of foundations for grants over the years but virtually all of them have turned us down because funders didn’t feel that AAPI stories are relevant or urgent.

“Why Should I Care about This Film?”

Mainstream American media has too often neglected such stories, and continued to reduce the faces of AAPIs into the model minority or other racist images. It also prevents policymakers from taking necessary steps towards change; for instance, in July 2014, Diana Yu of the US Department of Education addressed the White House with the following: “AAPI youth experience bullying at higher percentages than expected but people and schools don’t realize that.” Another issue is the silently growing poverty rate among Asian Americans; still another issue that remains invisible is the increase of suicides among Asian Americans.

The purpose behind A-Town Boyz is to diversify the faces and experience of Asian Americans, and bring to light the density of Asians living in the city where Dr. Martin Luther King, Jr. was born; Atlanta, Georgia today is home to Laotian, Taiwanese, Korean, Chinese, Vietnamese, Japanese, Cambodian, Bhutanese and Burmese immigrants of first, second and now third generations, some of whom are refugees fleeing political strife back in their own countries and others who are born and raised Atlanta natives. We’re putting their faces and stories on camera to challenge the reductive stereotypes that hurt minority groups of all backgrounds in the US. And we’re turning to our own networks, communities and supporters to get this film finished.

“Why Not Kickstarter or IndieGoGo?”

Please take a minute to view our crowdfunding campaign site. All US donations are tax-deductible thanks to our fiscal sponsor Women Make Movies (yes, the filmmakers onboard are all women). There’s also a list of rewards for donors. Our team chose Tilt as the official platform for crowdfunding because it is non-profit friendly. There is no expiration date for this crowdfunding campaign–not until we reach our goal. Even after the initial countdown campaign is over, donations can continue to be accepted. Furthermore, there is no penalty for not successfully reaching our goal, and the platform fee is low. Anyone can contribute to our film at anytime. This is why we chose Tilt over Kickstarter or Indiegogo. You can also visit our donation page (accepts credit/debit card, PayPal, and checks) on our website: www.atownboyzmovie.com/donate. Did I already mention that US donations are tax-deductible?

No Money? No Problem.

If you are unable to contribute because you’ve already spent all your money on other great crowdfunding campaigns, please do not feel obligated to do so. Instead, kindly share this page with someone you know who is familiar with the experience of marginalization. Please share it with those who care about bringing the diversity we have in this country to be portrayed accurately on our mainstream media so as to avoid problems like this at the Oscars. We and the generations that follow deserve to see ourselves represented on our TV and silver screens because we are part of the fabric that makes America.

It’s been a privilege working on such a meaningful documentary, and I must recognize our team for that. The director, Eunice Lau, is a filmmaker who teems with compassion and keen interest in people and their stories. This film began because of her vision. In 2013, fellow producer Sarah Winfield and Eunice released their mini-feature documentary Through the Fire which received international recognition for its humanity as well as a student Oscar (region 3) for its craft. The film focuses on brave Somali women who lead their communities, including Nobel Peace Prize nominee Dr. Hawa Abdi.

Every single person on our crew has a passion for human stories, an ear for listening, and the foresight to envision a better tomorrow. Wonderful activists and bloggers like 18 Million Rising and Angry Asian Man have also expressed their trust and support for A-Town Boyz. The amazing Atlanta-based organization Center for Pan Asian Community Services (CPACS) that assists single-family homes, immigrants, refugees, children, the elderly and poor with getting documentation, jobs, healthcare, language assistance, education and omg, just so many other basic things that usually seem so out of reach to those in need, have also been generous with their time. We are grateful for their work.

Everyone on our team has made this film without pay but out of passion, love and commitment to making something that’ll bring a positive and lasting impact on people’s lives. We’ve made it this far and we need your help bringing it to the finish line. To obtain a theatrical-ready cut, expenses are steep, but we have no doubt that this film will make it into the world for us all to see. We really can’t wait to share this vision with you.

How To Go Broke And Live Large With Your Friends