Skip to content
Report This Article
What is the issue?
This is an excerpt from the book of essays, Almost Home.

The next day, a friend’s driver, a handsome and chatty young man called Senthil, drove me around Ooty. Outside the botanical gardens, with no helpful rules or government huts or Toda costume-uniforms, I found it hard to identify a Toda. When I asked Senthil where the Todas were, he told me, “See that man lying on the grass sunning himself? He’s lying there because he is drunk. He is a Toda.”

Over the half hour it took us to get to the government’s Tribal Museum, a pattern emerged in Senthil’s Toda-spotting. Every horizontal man we passed was supposed to be drunk, and he was supposed to be a Toda. Senthil explained it to me kindly. The government gives the Todas so much money, they don’t need to work. Senthil went on to describe a day in a Toda’s life. (A man’s life, I guess.) The Toda gets up in the morning and goes to the ATM; he withdraws money, he gets drunk. He lies around. When he wakes up, he is hungry so he goes to the ATM again. He buys biryani. Once he is well fed, he wants a drink. So he goes back to the ATM, drinks, then lies around.

The government had a different script for the Todas. Having written back to the empire by changing the name of Ooty/Ootacamund to its alleged original name, Udhagai/ Udhagamandalam, the government built a museum to showcase the heritage of the Todas.

Ten kilometers from Ooty town, the Ooty Tribal Museum is in the campus of the Tribal Research Center. I had been told there are tribal huts, life-size replicas of tribals, tribal sculpture, rare photographs and artefacts of the ancient tribal groups of Tamil Nadu—what a tourist brochure calls “primitive human archaeological heritage.” One of the more considerate brochures advises visitors to head for the Tribal Museum to “decrease your fatigue” and partake of “a visual snapshot tour of the various attributes of the indigenous native Toda Tribes of South India who form an important section of the Ooty society and have dwelled in Ooty for centuries even before the word ‘civilization’ came into existence within this Hill Station.”

I walked past sculpture, tools, pots and pans, life-size tribals standing around frozen. The photographs on the walls had helpful captions; I saw my petty government official again, an officially employed writer like John Sullivan, straining to do his job well. He must have written the caption under the photograph that affirms received wisdom—that tribal women must be photographed for their bare breasts. The caption says in bold letters, in case the photograph does not say it well enough: Tribal Woman Breast-Feeding Her Infant.

The government’s museums of the Todas, made of brick, mortar, photographs, plaster of Paris, huts, and real flesh and blood, follow a precedent. The British did it first, and the model is still deeply rooted in the mind, such as it is, of the government. In colonial times, the English have seen to it that Toda pastures are not encroached upon, that Todas cannot sell pasture land. British motives for this consideration have been twofold; they cherish the Todas as they do ancient monuments and game preserves; secondly, the Toda pastures make excellent cover for the hunt (with jackals as quarry) which the English and the native Rajas maintain in the Nilgiris.

Senthil the Toda-hunter was waiting for me outside the museum. He looked pleased when I told him I was going to the Ooty Club for lunch. It proved he was not wasting his time driving me around.

I met my lunch date in the bar of Ooty Club, a place of paneled walls, parquet flooring, rosewood furniture and brass fittings. I had been told the club was affectionately called Snooty Ooty Club, and I now saw why. My friend, whom I had never seen in anything but shorts and T-shirt, was an impeccable stranger in a long-sleeved shirt with an upright collar, a silk tie, creased trousers, and dress shoes. He was, as we used to say when we were children, suited and booted. The stiff old bartender who took my order responded to my Tamil with English. Actually, he did not take my order. Having sunk low enough in life to serve a drink to a woman, an Indian woman, a Tamil-speaking Indian woman who asked for beer, he politely assured me that what I wanted was a gimlet. I agreed; of course I must drink exactly what the clubwallas must have in Sullivan’s time. I was not so sure about this once I tasted the drink. The gin was fine; it was the lime cordial that took me back to the unromantic past. Lime cordial and I were old enemies. This vile synthetic mixture was given to me as a high treat in childhood, or as a soft drink to teetotaler adults.

I nursed my gimlet moodily, childish memories flooding my tongue. I looked around. We were in what was called the Mixed Bar. The lists on the walls declared the past masters of the Ootacamund Hunt; the first list was dated 1845. To remind me that I was in a Mixed Bar, there were also lists of winners of the Ladies Point to Point races. My friend told me the Gentleman’s Bar behind the mixed one was the one public place in the club where the dress code is relaxed. Gentlemen, being entitled to more in life, could be seen in shirtsleeves after 8 p.m. On our way out, we took in the attractions of yet another bar—dedicated to the memory of an army captain, Colonel Jago, who introduced jackal hunting in Oot in 1872. The bar remembered him with a painting on a wall, his riding crop encased below.

In the dining room, it was possible to live in many moments of time simultaneously—not that this is unusual in India. For the correct club-goers, there was shepherd’s pie, mashed potatoes, lamb chops and roast chicken; for postcolonials, there was also South Indian, North Indian, mughlai, and Chinese.

In the dining room, it was possible to live in many moments of time simultaneously—not that this is unusual in India.

The tour after lunch was my dessert. I took in the ballroom, and the tiger, leopard, and bear skins. The heads of bison and sambhar deer stared at me glassily. (Snoot Ooty Club is also, and again affectionately, called The Morgue because of these hunting trophies.) The morgue tour included the library, which has an autographed copy of Sir Frederick Price’s Ootacamund: A History; the reading room, which Trevor Fishlock described in his India File as a “a colonial treasure with a tiger skin, a carpet of character and the smell of old throne like dark leather chairs split and honed by a century’s trousers”; and the Billiards Room, in which snooker was serious business since Sir Neville Chamberlain first posted its rules.

Ooty may have become Udhagamandalam, a bore for non-Tamilian tongues and tourist brochures, but no matter. The place remains Ooty for everyone except the government. Instead of the Brits and the rajas, the bungalow-owners are now politicians, industrialists, corporates, and film stars. There are tourists and tourist lodges, hotels, tours, stalls and guides, honeymooners, rich boarding schoolers, and film units, so naturally there are businessmen of all sizes, shapes, and trades. Then there is the most important and motley group of carpetbaggers—the wheelerdealers of real estate.

On the road leading away from the town, I saw a board that said Toda Café. The government may be dull and thick-skinned, but only the rich outsider, the real center of power in these hills, could set up a Toda Café where there’s no room for Todas. It was a multi-cuisine restaurant with five-star prices. But the continental, mughlai, and Chinese food was served with the “warm hospitality of the Todas—the tribals the Nilgiris are renowned for.”

I got a quick taste of this hospitality that evening after I said goodbye to Senthil and went for a long walk on the outskirts of Ooty. Just as I was feeling a little lonely—and almost missing Senthil—I came upon a cluster of homes on the slopes. It turned out to be a Badaga village, complete with a pretty little temple. As in all villages, the children made friends first. The old women followed their example. I was welcomed into every small house and conversation flowed in a friendly, natural way. For a moment, I felt quite at home; then the moment passed. The children waved at me till they were out of sight. I went on.

The sun was about to set. I could hear cowbells somewhere behind me. Ooty remained a palimpsest of loss and greed, but for now it was wearing its beautiful face again. Just then, the cowherds and their cows caught up with me. There was some discussion among the three cowherds before the oldest asked me if I was trying to decide where to buy land. I assured him I was only admiring his hills. We then walked down the road in companionable silence as the sky turned dark, and the hills a deep mysterious blue.

This is an excerpt from Githa Hariharan’s book of essays, Almost Home, which will be published by Restless Books in March, 2016. 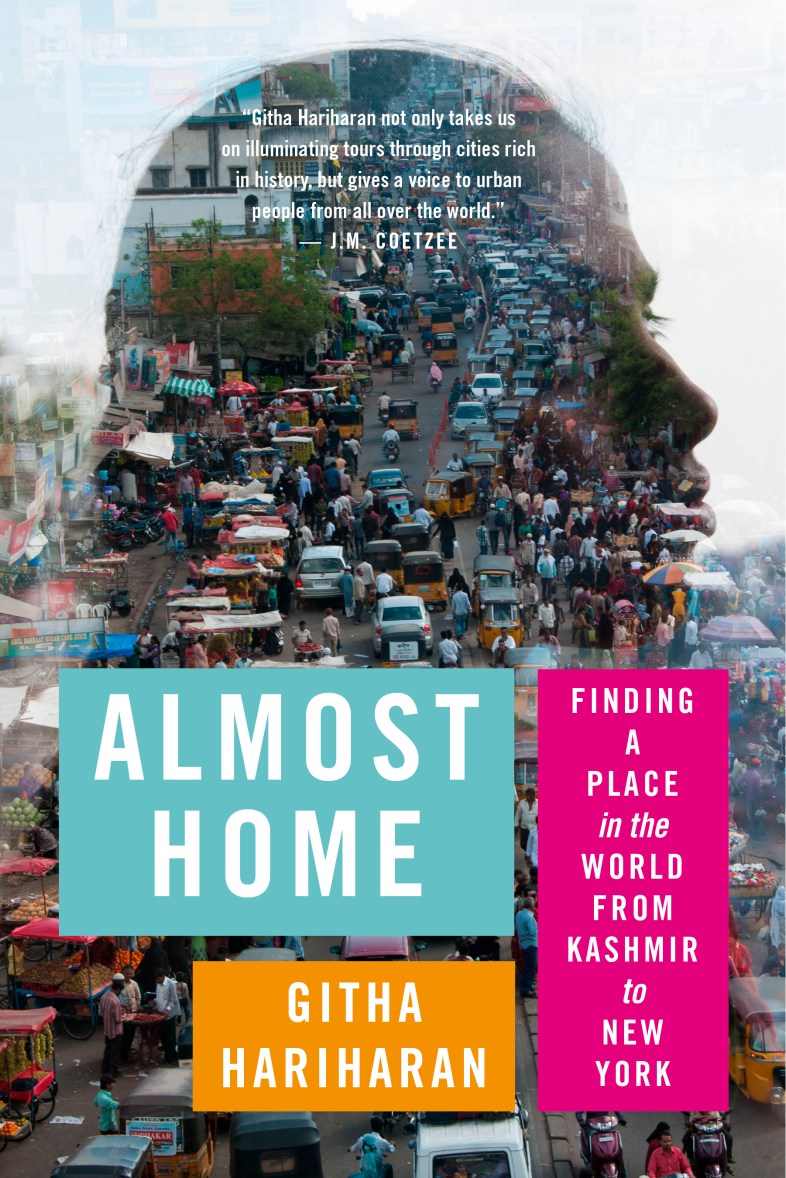 29 Lessons I Learned From Tyler Cowen About Money, Learning, And Life

6 Things You Need To Know About Indians (From An Indian)