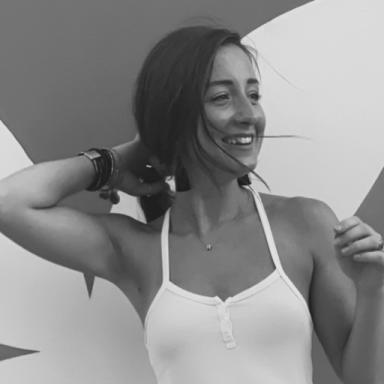 I used to look forward to hitting the bars on the weekend. It was my way of drinking away my responsibilities and avoiding the person I knew I could become.

Would you believe me if I told you I was obsessed with drinking?

I have a lot of respect for people who can go out on a Friday or Saturday night with their friends and have enough self-control to stop themselves after two or three drinks. I was the complete opposite. I can’t get super drunk tonight, I would say. I really need to stay home tonight, but I worked hard this week so I’ll come out for a drink or two, I would say again.

One drink turned to two. Two turned to three. Before I knew it, I was on my fifth drink and third round of shots. It usually wouldn’t stop there. I’d order some water, maybe a snack, then I was back to buying rounds of shots for myself and the “new friends” I just made in the bathroom. I was out of control.

Drinking every weekend turned to drinking a few times during the week, too. (My internship had a myriad of evening social events which included free beverages at no cost to myself.) I’d spend multiple days a week hungover, angry at myself, and depressed. Sure, I was living it up as a 21-year-old.

The stories I have to tell from my party days would both terrify my parents and probably any average person, but a lot of people loved them. It made me interesting. People loved listening to my weekend stories and hearing about all the mischief I got myself involved in.

If you have found yourself in a position where you can’t get a grip on your drinking and your goals are getting shoved aside by party-filled weekends with your friends, then I’m here to tell you how I went from everybody’s favorite party girl in college to the girl who spends hours each weekend in the local Barnes and Noble.

There Will Always Be Another Party

How many times are you going to set aside your goals and dreams for short-term gratification? This is the question I had to ask myself over and over. Eventually, I decided it was time to become disciplined in the pursuit of my long-term goals.

I had to get clear about what I wanted and outline the sacrifices I needed to make to get there. Will going out to the bars and getting drunk make me happy in give years? No. Will staying at home to read, write, work, and workout make me happy in five years? Yes. Because these are all objectives to my goals.

They are pieces to the puzzle I’m working to build.

The Journey To Sobriety

I never considered myself an alcoholic. I was never dependent on alcohol. But in a sense, I was, because I didn’t think I could have fun without it. This mindset was all wrong.

I thought going to the bars without drinking sounded miserable. I never considered boycotting the parties altogether. Once I did, everything changed. It has only been four weeks since I’ve been completely sober (I had a few drinks over the holidays) but my boycott from the bars has lasted almost two months.

Instead of putting energy into getting ready for another night out and being the life of the party, I’ve shifted that energy into my workouts, my writing, and my reading.

I don’t like being stationed in one place for too long, which is why I loved going out so frequently. I prefer being on the go. So I did some searching and found a spot that was as fun as going to the bars for me. I chose Barnes and Noble.

It’s my safe haven. It’s my place of inspiration. It gives me ample opportunity to sit peacefully and work toward what I’m trying to build for myself. I told myself I would stay sober. Not because I had a problem with alcohol, but I had a problem of not putting what was truly important first.

Some People Have More Self-Control Than I Do

As I mentioned, I am truly envious of the people who can go to bars and stop at one or two drinks. I wish I had that kind of discipline right now ,  but I don’t. And this was how I had to fix it.

This isn’t to say that if you go out and enjoy yourself occasionally that you are always setting your goals to the side — it’s more for the people like me who took the bars to the extreme.

By the end of the year, I hope to have disciplined myself enough to go out on a Friday night for one or two drinks and make it home at a reasonable time. But for now, I’m personally prohibiting alcohol and the bars to give myself room to become more disciplined in that arena.

Maybe parties and booze aren’t what is getting in your way. Maybe you have other barriers that are hindering your goals. Still, the takeaway is the same.

You don’t have to be addicted to something to decide it’s no longer good for you. Get ahead while you still can.

“The ability to discipline yourself to delay gratifications in the short term in order to enjoy the greater rewards in the long term, is the prerequisite for success.” — Brian Tracy

I have poker straight red hair which is usually uncommon.