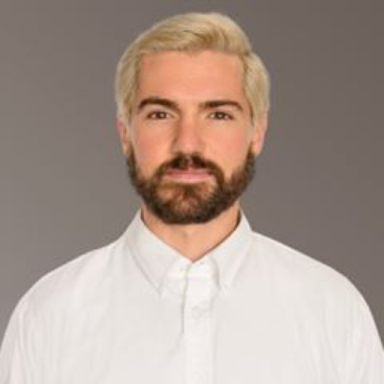 Admit it or not, we’ve all read our share of articles about the mythical “keys” to success. Scattered throughout social media, it’s easy to get cynical after seeing countless sentimental stories about breaking through walls and ceilings and doors and other bits of wood and glass.

But on the whole, antidotes are fine. Feckless, maybe, but at least they’re not harmful. The problem happens when advice-givers start seriously, dangerously over-reducing their recipes for success. Reductionism, or the tendency to over-simplify complex topics, narrows people’s sights and blinds them to things that matter. This is particularly true of the concept of success. Whereas reductionist gurus and flippant advice-givers claim there is only one, I submit there are actually five critical keys to success. They are: Determination, Skill, Passion, Discipline and Luck.

Determination is working towards a goal in spite of obstacles or difficulties.

Great things are difficult. Moreover, they’re often more difficult than even you would have guessed. I knew ‘X’ was going to be hard, people say, but not this hard. That is why determination requires a high tolerance for pain and monotony.

Monotony: It’s a borderline derogatory term in the U.S., but in other parts of the world (namely, Japan) it’s recognized as an essential part of determination. Doing the same thing over and over again every day and week for years is the epitome of “Shokunin,” a Japanese concept that roughly translates to the mastery of one’s profession (for more on this, watch Jiro Dreams of Sushi on Netflix).

Anyone can be focused for a month or even for a year. But true determination, Shokunin, goes far further. The mastery of some professions takes decade. Others, a lifetime. The legendary “overnight success” and the fabled “prodigy” are just that—myths.

Mozart is the classic example of a “prodigy.” People seem to think young Mozart just sat down at the piano one day and suddenly hatched his Symphony No. 41. It’s complete nonsense. A close examination of Mozart’s history (along with that of every other so-called “prodigy”) clearly reveals him to be incredibly hard-working person who, yes, had some natural talent, but who mainly became who he via determination.

Declaring someone a prodigy the lazy man’s way of rationalizing his own shortcomings.

I should clarify that when I say “success,” I’m NOT talking about middle-management or being a star on your high-school basketball team. True success is synonymous with greatness, and greatness means CEO, NBA, Pulitzer Prize, Oscar, Grammy, Nobel, Heavyweight Champion, etc.

Because of my physical stature and lack of passion (something I’ll cover more later) for the sport, I can’t, for example, be great at basketball. Writing, on the other hand, is something that, at least in theory, I can be great at. You want to choose a vocation that you at least have the POTENTIAL to be great at, otherwise it’s over before you started.

In his book Outliers, Malcolm Gladwell describes the “10,000-hour rule.”

The rule, which appears to hold across a variety of fields, states that it takes 10,000 hours to truly master any complex skill.

No wonder the majority settle for mediocrity—10,000 hours is a lot of blood, sweat, and tears! To talk about determination is one thing, but to stay determined for years and decades? How do you do that? The answer is passion.

If you don’t have passion, if you don’t care about something, doing it day in and day out is, at best, miserable and, at worst, impossible. Passion is the only prescription.

The old cliché that if you love what you do, you never have to work is true. Well, sort of.

Even when you’re passionate about something, there are still going to be times when you simply don’t feel like it. It’s during these times that you need discipline.

If you want to be great at something, you can’t just go with the flow and live based solely on how you feel. A life spent waiting for divine inspiration is a life wasted.

You should pick something you love and that you’re suited for and then stick to it whether you feel like it or not.

Last but not least, you need luck. Talk to any highly-successful person and they will all agree that to get where they are, you need some degree of luck.

Luck comes in many forms: genetic, social, timing, taste. It can be anything that’s both arbitrary and beneficial.

One thing about luck is that the weak-minded often use their real or perceived lack of it as a crutch. They complain that so-and-so only got to where they are because they are “lucky.” This is nonsense. Yes, some people have more luck than others, but if you choose the right profession and work diligently, the odds are greatly in your favor.

Gerald Lombardo is a writer and novelist

What Libra Should Expect In September 2021 (Horoscope)