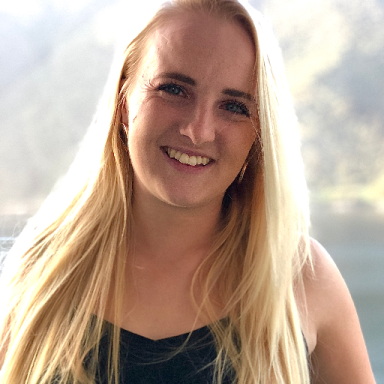 Ever been on a date when the dreaded conversation of exes comes up? It’s bound to happen at some point. Sometimes it’s within the first few days of dating and sometimes it’s not until several months into the relationship. No matter the time, if your date starts referring to their ex as “crazy” or a “psycho”, it’s time to sound the alarm bells.

How a person speaks about their ex says just as much—if not more—about the speaker than the person they are characterizing. On the whole, it’s much better that someone talks about their ex with compassion and kindness rather than demonizing them. This indicates issues to do with blame and their ego.

So, before you buy into the story of their “crazy ex” and jump on the bashing bandwagon, stop for a minute. Think about what this might be saying about your date instead of the so-called “crazy ex” from their past.

What did they do to make their ex act ‘crazy’?

I’m not saying that crazy people don’t exist, but more often than not, this behavior that has been dubbed “crazy” is usually a result of a series of events that I’m sure your date played a part in. Did the crazy ex go through their phone when they were in the shower or incessantly stalk them on Insta?

Ask yourself: What made their ex feel so insecure and distrusting to do that? If someone was happy and secure in a relationship, would there be a need for “crazy” behavior? It’s not always this black and white, of course, but you should question why their ex resorted to so-called irrational behavior.

It takes two to start a relationship and two to end one.

Relationships coming to an end are never one person’s fault. Someone has to be unhappy or unsatisfied in the relationship to seek a way out. Maybe your date is trying to shift the blame onto the ex because they are struggling to take responsibility for the part they played in the failed relationship. This is an immature outlook. Every failure teaches you something, and if they aren’t willing to fess up to their mistakes (let alone learn from them), then you should stay clear. Otherwise, they’ll probably make the exact same mistakes again and you’ll be the one shouldering the blame.

That’s how they talk about someone they used to love.

I am definitely a culpurate for using slightly unpleasant words to describe an ex, but that’s normally a result of being hurt and not quite ready to let go. Once the heartbreak subsides, I find it hard to understand how someone can put down and slander someone they once loved. The person they are calling a psycho used to be the person they kissed, spooned, and sent soppy texts to. Now they sit at a restaurant badmouthing them to their new date! I would definitely question their character if they can openly disrespect and bitch about someone they once loved.

Alternatively, it could mean they are still genuinely hurt and not over the ex, so they are deflecting their pain by telling you—and mostly themselves—that their ex was “crazy” and no good. So you have a heartless date or a heartbroken date. Either way, it’s not looking good for a followup date.

You could be next.

Listen to the words they use when describing their ex: bitch, angry, nasty, crazy, unstable, overemotional, annoying, psycho. Now, imagine if your ex is out there describing you that way to their new significant other! No one should have their flaws—whether they are real or embellished—talked about behind their back and used to rewrite the history of their relationship. In their warped version of history, you could become the “crazy ex” they once dated who asked loads of incessant questions when they brought up their psycho ex. If one of their exes was crazy, chances are they think they all were and you could be next.

They probably think they are perfect.

If they are placing all the blame for everything that went wrong in their last relationship, they probably believe they are completely faultless. “They did this to me” or “they ruined everything”—as if they were a damsel in distress. Your date will probably be the kind of person that thinks every fight is your fault and every mistake is down to you messing something up. Because of course they can do no wrong and are purely the victim of the crazy ex.

It’s hard to know what to believe when the ex isn’t there to share their side. That’s why talking about exes can often be a risky game. I’m sure in some situations the ex really did lie or cheat or steal and probably really hurt them. But if they are a decent person, they won’t let that pain turn into hatred and nastiness. We all mess up, but no one deserves to be called a psycho to a complete stranger.

Writer of all things love, dating, relationships and adulting