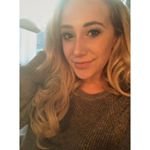 You know that feeling when you walk upstairs to your bedroom in the dark, and you think there is one more step than there is? There is an extended second when your foot falls down through the empty air, which you expected to feel solid—a sickly moment of joyless bewilderment. You are left blinking for a few seconds before picking up the other foot and continuing to walk, convincing yourself that this mistake is of no consequence while readjusting to the way you thought of things.

That’s what it felt like to drop out of education at 18.

Unlike my friends, cocooned in the arms of University, I was left free-falling through adult life. I felt entirely lost. But still, I lifted my other foot and tumbled into a charity fundraising job for the Canal and River Trust.

There’s a point along the Grand Union Canal where the water splits in two. One arm forms part of a cyclical waterway, spiralling back to the bowels of East London. The other leads up into the British countryside, undulating through Bedfordshire and Bletchley Park until it bleeds into river—including the Cam in Cambridge.

Standing by this point on the water daily, I’d watch how the lock propelled the water forward, thrusting it up the country for hundreds of miles. But I felt like the water that pooled in the middle of the crossway, static and confused, pulled between currents yet staying exactly where I was.

At work, people told me their stories and I felt less alone. There was the fashion designer who had quit a medical degree in her twenties. The art students, cigarettes fastened behind their ears like pencils, who lamented being at a creative impasse. The accountant, my age yet with triple my salary, who told me he was jealous of my job.

It seemed that most people had experienced feeling stagnant yet simultaneously uncertain, and it liberated me. I didn’t have to feel bad anymore about being at a crossroads, because nearly everybody I spoke to had hit some crossroad in their lives. And like the lock in the canal, this comfort propelled me forward; like the water, I eventually travelled to Cambridge to attend university.

There is little that is fluid about Cambridge. Here, one feels the weight of history pressing down upon them. Above, the imposing stone buildings glare down with an auspicious sense of pride. Below lies the cobbled, ancient stones which have seen and known more than any individual student ever could.

Yet still, through the city winds the river. I watch it on my way to lectures and imagine its route, stretching from that same point on the canal. It reminds me of my own journey and the strangers who helped shape it. Moreover, I wonder about the river’s path once it leaves Cambridge–the people and places it will meet–and I look forward to seeing where my own life will go from here.