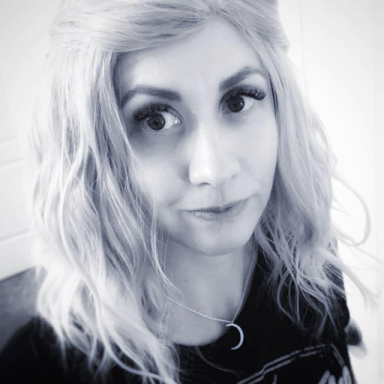 I sat watching the raindrops on my windshield descending down in slow beaded patterns. My thoughts slid to my hands and how they were cold, but it wasn’t the type of cold that ever bothered me. I was parked three streets away near a dead end road. I was waiting.

My children were at home. I missed them. They had probably just had their dinner—beans and ground turkey with ketchup, most likely. Despite us both working and you with your degree, we were always struggling. You had just bought a new mountain bike, but it was at a discount, and your last one had been sponsored.

That’s how you justified it.

You would be on edge when I got home, anxious to get to bed early. Your new rigid training schedule was not one I was allowed to question.

I was exhausted from work and from life. I could feel the years of working with my hands sinking into my thin joints. The cold air made it worse, but lately I welcomed the pain.

I had adopted a new regimen myself that winter. Driving home on the backroads, finding an empty street, killing the engine and the lights so I could clear my head. That’s what I always said to myself. I just needed to think. I needed to feel. What exactly, I didn’t know.

So I sat there until my nose and my knuckles went numb. Until it hurt to breath air through my nostrils. The coldness I felt from the winter nights was easier to weather than the coldness you so commonly greeted me with these days.

Sometimes at night, when you’d fallen asleep, I’d slip outside and repeat the routine of sitting in my car, sometimes half-clothed in the dark. I remember one time you caught me. You accused me of having an affair. You couldn’t consider why else I would sit alone in the cold. But it felt warmer between four metal sides than beside you with layers of contempt sandwiched between us.

It used to hurt me when you would say that. You said it often in different ways. Different tones. Same words. Same setting. Always at home, behind closed and locked doors.

I remember the day when I finally agreed with you.

Shrugging, I said, “I suppose you do have a point. They say that insanity is repeating the same scenario expecting a different result.” And it was that moment I started to feel something different. It was no longer numbness or defeat. It was a tiny slice of clarity.

You didn’t have a response to me then, only a shake of your head before you retreated to your own means of numbing that night. Back to fixing your bicycles for your next race that you would not win. Far past your prime, you insisted you’d make it next time.

The definition of insanity often goes both ways. The delusional party and the enabling party. I soon slashed it down to a party of one just for you.

It still took me 18 more months to quit you for my own sanity.

I still find myself drawn to dead end roads and empty side streets. I still watch the patterns of raindrops as I write until my fingers are too numb to write anymore. I go home to my children, where we cook our low-budget feasts. Where we sit around the fire and reconnect, telling our stories from work and from school. The offbeat characters we meet. The small adventures we plan and look forward to.

My hands still sometimes hurt after work, but the pain isn’t unbearable.

I sleep alone now, yet even on the most wicked winter nights, I feel warmer—and safer—than I ever did feel sleeping mere inches from you.

Breaking Up Divorce Moving On