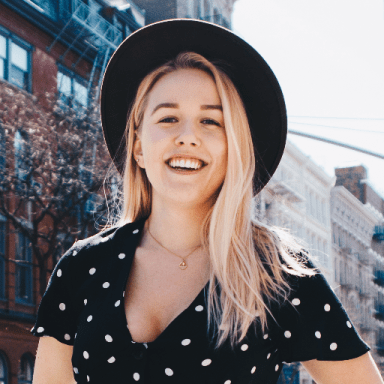 Back in November of 2018, I did a project called ’50 acts of kindness.’ From baking cookies for all my neighbors to handing out roses on a rainy afternoon, I did five acts of kindness every day for 10 days. It showed me how much a simple act of kindness can do; however, it also made me realize how unusual kindness is.

Yes, sure, we work on being kind to our families, our friends, and hopefully ourselves , but being kind to a complete stranger is odd. We barely look at each other in the eye, let alone say, “Good morning!” to a neighbor.

We post pretty pictures on Instagram with captions like “treat others the way you want to be treated,” but we rarely practice what we preach. We might be a kind person, but outside our family and friends, we don’t often practice kindness.

Fast forward to February 11, 2018: I decided that I want to invite complete strangers over for dinner for Valentine’s day.

Firstly, I wanted to meet new people in an unusual way and do something that I myself would have loved to be a part of. A complete stranger inviting me over for dinner with a bunch of other strangers? Yes, please.

On February 13, I went to Washington Square Park and began my quest. I was definitely nervous, but kept reminding myself that the worst that could happen was I’d get a bunch of no’s. The world wouldn’t stop spinning. I wouldn’t lose a limb. I’d simply get a “no,” and that would be it.

Me: Heeey! Are you doing anything for Valentine’s day tomorrow?

Me: I’m hosting a Valentine’s Day dinner for strangers at my apartment and wanted to see if you’d like to join.

Stranger: Are you going to murder me?

Okay, the areyougoingtomurderme line popped up only twice, but the general answers were either”

Stranger: Ummm, no thanks.

Stranger: *walks past and ignores me*

Out of around 40–50 people that I asked, over 20 said yes and gave me their phone numbers. Later that day, I texted every single one of them.

Six said they couldn’t make it.

Two confirmed (and one of them was bringing his roommate, making it three definite yeses).

Well, I was a little disappointed, as I expected more people to reply, but I couldn’t complain. It’s always easier to say yes in person and then ghost someone via text. Nevertheless, I wanted to try and get a few more people.

The next morning (AKA the night of the dinner) I went on Instagram and started looking through my Instagram followers. Now, by all means, I am not some kind of famous Instagram personality with hundreds of thousands of followers. I share interesting thoughts and experiences on Instagram and have a few thousand people who connect with them. That’s about it.

I found a couple of people who were in their mid-20s, seemed sweet, and lived in New York. I direct messaged them and hoped for the best.

One said she couldn’t make it.

Perhaps this wasn’t going to be a failed mission after all — six people were coming over! Oh, and one cute pup too, as one of the girls whom I approached at Washington Sqare Park was bringing her dog.

I spent the rest of the day prepping and cleaning. My friend Allie came over and helped me prepare the food — tacos.

Within the next hour and a half, I had six complete strangers laughing, eating, and drinking at my apartment. Music was playing, the conversation was flowing, and new friendships were being formed.

Gency, one of the people whom I messaged on Instagram, told me this was one of the most fun New York City experiences he’d ever had.

When everyone had left, I sat down and processed what had just happened. I couldn’t believe that 48 hours before I didn’t know any of these people, and now we were all laughing and talking like we’d always been friends.

Joaquin and Molly, whom I approached in Washington Square Park, didn’t wake up that morning thinking, “You know what? Today I will go and have dinner at a stranger’s apartment!”

That wasn’t even a possibility.

My decision to approach them, which was made in a matter of seconds, and their decision to say yes, resulted in something new and magical.

With this project, my mission was to bring people together. However, it ended up teaching me so much more.

Whether it’s something unexpected that happens to us or us deciding to do something new and unexpected, the course of our day — and our life — can change in a matter of seconds.

1. Do something kind for another who doesn’t expect it.

You don’t have to invite a bunch of strangers over to your apartment and cook them a meal if you don’t want to. Whether it’s paying it forward with a cup or coffee or simply smiling at a stranger ,  random acts of kindness make the world a little better.

2. Say yes to the unexpected, but also create something unexpected.

If there’s no room in your daily life for something fresh and exciting to happen ,  take control and make it happen! Do something bold! Additionally, if an exciting opportunity presents itself that is out of your comfort zone— say YES.

You never know what will come out of it.

Gabie is a life coach and creator based in the Netherlands.