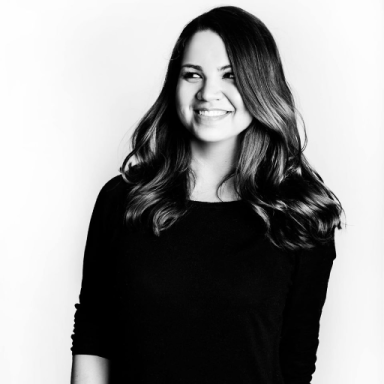 I recently turned 29. One more trip around the sun until the big 3-0, yet I still have so much to learn about the world, others, and myself. Are the late-twenty scaries considered a thing? If not, I’m trademarking them now.

Recent conversations with late-twenty friends, have assured me that I’m not the only one who’s asked the question, “What in the actual fuck am I doing with my life?” It’s taken me 10,585 days, but I’ve realized that even some of the brightest, happiest, richest of people still don’t have life’s adventure quite figured out. Over these last few years in my 20s I’ve tried to put focus on some of life’s more important things, but I’d be lying if I said that I’ve experienced zero doubt and uncertainty while doing so. Between maintaining relationships, landing that “dream job,” and trying to keep up with our health and care for ourselves, we grow, and whether we like it or not, things change.

Earlier this year, I really struggled with the idea that some of the friendships in my life weren’t the same as they used to be. I went from being confident and feeling good about the relationships I had built throughout the years, to questioning who I had become as a friend myself. During it all, I had an honest conversation with a close friend. Our friendship had gone from talking at least once a week to radio silence for weeks on end. I questioned my worth as a friend, racked my brain for what I could have done wrong, and everything in between. Throughout the conversation, we talked about her own challenges, and I learned some of them happened to be the same things I was also struggling with. Nothing was wrong with our friendship, but she herself needed time to sort things out on her own. From our conversation, I was reminded that each of us is constantly evolving, learning and growing, and with that inevitably comes change, not for worse but for better. It’s important to remember that not everyone wants to share what they’re dealing with at any given moment, but that it’s also okay to check in with them and let them know we’re right there for them when they need us. We all deal with what life hands us in different ways, and that’s a valuable lesson to hold on to along the way.

During the holidays I like to play a game called Take a Shot Every Time Someone Asks You Why You’re Not Dating. This usually ends up with me drunk-eating stuffing and turkey at the Thanksgiving Day table, but hey it always guarantees a good time. By now, I’m so used to this question that I’ve learned to not take any offense to it. Instead, I like to share my most ridiculous dating stories, including being dumped for college football season, or how one of my ex-boyfriends is now my ENTIRE family’s insurance agent (IMHO, I should at least be getting a cut from him but whatever). From swiping left on dating apps to good dates with what I like to call “great guys, but not for me’s,” dating in my twenties has taught me what I want in a partner, and what I absolutely won’t stand for. Throughout these last few years, my idea of the perfect partner has changed… for the better I would hope (jury’s still out on this one, LOL). I’ve had my fair share of heartbreak, awkward dates, and unfortunately, at times have let others down myself. I’ve felt the feeling of not being good enough, had friends tell me that I’m too picky, and have stayed in relationships that no longer served me for the simple fact that I was comfortable. I know couples that seem completely happy on the outside, only to find out that they’re miserable behind closed doors and together because it’s convenient. I know people that have been married for 33+ years, that still hold hands-on dates, and are together because they’re truly crazy about each other (yeah, I know I’m biased, but my parents are serious goals). In the end, I’ve realized these changes and experiences are what we need to ultimately (one day) find our person and to never settle for anything less.

Stay when you’re valued, leave when you aren’t. It’s one of the biggest lessons I’ve learned throughout my career. I once had a soul-sucking job, one that changed me for the worse for the several months I was there. I was rude to friends, tired all the time, and just not myself, so I decided to put my happiness and mental health first and left without another job lined up. The change of suddenly not having a paycheck scared the shit out of me and ultimately made me work harder to find my next role. I truly believe that some of the toughest jobs that I’ve had have helped shape my career. I’ve had managers who’ve solely cared about revenue and numbers, but through it, I learned how to stand up for myself when it was clear that my work was not valued. I’ve also seen my ideas come to life in positions where my voice is appreciated with co-workers who I’ve shared many after-work laughs (and drinks) with, who are some of my biggest cheerleaders. In the end, maybe we’ll find that perfect job, maybe we won’t, but I think an important thing to never forget is to know your worth. Don’t sell yourself short. You’re a lot better at this thing called a “job” than you think you are.

Last year my dad underwent his third open-heart surgery because of a genetic disorder he was born with. Thankfully the surgery was a success, and he’s back to wearing bucket hats and socks with sandals. With the condition being hereditary, my sister and I were advised to see a specialist as well.

“This totally sucks,” I said as I started bawling to my cardiologist.

I had received the results of my echocardiogram, and like father like daughter, I was also diagnosed with Familial Thoracic Aortic Aneurysm and Dissection. The size of my aortic root isn’t large enough to be scheduled for surgery, but it is large enough for concern and preventative measures to be put in place.

“No more yoga, no more abdominal exercises, and you need to monitor your heart rate when doing cardio. No rollercoasters, skiing, skydiving or any other thrill-seeking types of activities. You’ll also be on blood pressure medication for the rest of your life, to help keep as much pressure off your heart as possible.”

Talk about serious life changes. This past year, I’ve had to alter my lifestyle. I’ve switched up my exercise routine so that it fits my doctor’s orders and have been a lot more conscious of what I’m putting into my body (with the occasional slip up of Chicago deep-dish). It’s a beautiful thing to have a body that keeps us moving throughout the day. A body that runs, that jumps, that laughs, that dances. Why wouldn’t we want to treat it right? I never even liked roller coasters anyway.

In the end, change is inevitable, and a lot of times unwanted. But throughout it all, it’s shaped us into who we are now, and who we’ll eventually become. Cry about it, laugh about it, write about it, but in the end… embrace it. We’re all a little lost in this funny little thing we call life and can spare a little change from time to time. And that my friends, is a beautiful thing.

Just a Midwest girl that likes to write, tequila, and sunshine.