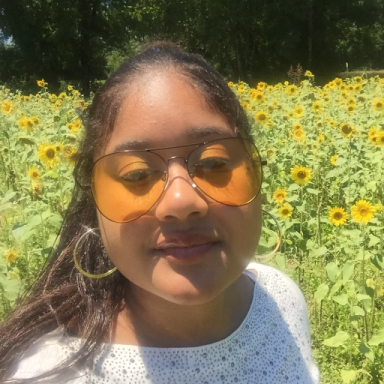 As I write this, America is on its knees. It is such a perplexing and emotional chapter in the American narrative right now, particularly for people of color. As my heart bleeds for my people—my resilient, long-suffering, beautiful people—I look to you for solidarity, advocacy, and understanding as the painful history and harsh reality of Black life is unraveled and brought to the forefront of mainstream global consciousness.

The recent killing of George Floyd, an unarmed and innocent Black man, at the hands (and knee) of a Minneapolis police officer has flipped the world on its head. The callous actions of the cop and his three associates have sparked national outrage, incited passionate protests, and led to a radical resurgence of the #BlackLivesMatter movement, a human rights campaign that I am vehemently in support of.

I need you, my friend, to step outside of the safe bounds of your white privilege and to recognize what my people have endured and why we are so tired. We’re tired of our men being slaughtered like wild animals by police officers and having to beg and plead for our due justice. We’re tired of having broken homes as a result of these cold-blooded killings.

White friend, if you love me, if you care about me, speak up against inhumane, racist acts that are a threat to my personhood as a Black individual. Use your platform, however big or small, to condemn the systemic racism and racial prejudice that constrict the economic, emotional, and psychological fabric of Black society. It is simply not enough to be a bystander on the sidelines of history as a social uprising dramatically unfolds right before your eyes. It is simply not enough for you to ask me questions about my Black experience without mustering up the unbridled compassion necessary to understand my perspective and the courage to dismantle your own racial bias. It is not enough to allow news outlets and their heavily-biased accounts of what’s going on to shape your views on the ever-present Black plight.

Educate yourself about Black history, past and present.

Research the harrowing stories of Emmett Till, the Scotsboro Boys, The Middle Passage, and The 16th Street Baptist Church Bombing. Listen to the sage words of James Baldwin , Angela Davis, and of course, Martin Luther King Jr. Learn about the horrifying history of minstrel shows, black zoos, Jim Crow laws, and the 1980s Crack Epidemic. Read The New Jim Crow by Michelle Alexander and White Fragility by Robin DiAngelo. Get to know Ruby Bridges, The Freedom Riders, Rosa Parks, Marsha P. Johnson, Colin Kaepernick, and Richard and Mildred Loving. Discover the true mission of the Black Panthers and Planned Parenthood in relation to the Black community. Watch 13th , Slavery by Another Name, Malcolm X, Shame in the Game, The Hate U Give, If Beale Street Could Talk, and I am Not Your Negro.

Racism is alive, well, screaming, and kicking. Therefore, it is so hurtful and dismissive when you, subconsciously or not, adopt such a neutral stance on an issue that continues to plague a community of people that look like me.

White friend, it is not enough to not be racist. You must be anti-racist. Speak up.

Gabby Sterling is a Bahamian-born publicist, writer and avid dreamer.

The Never-Ending Cycle Of Being ‘Good Enough’