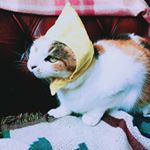 I knew for a long time I had a problem, or should I say problems. If my friends were to hold an intervention they would say:

“Franki you can’t be drinking the way you do, and you most definitely can’t date the people you do, and have you done anything to curb your compulsive buying disorder?”

And I say this with an intake of breath: I have so many problems.  I was a binge drinker, a binge drinker who spiraled into a form of spectacular self-destruction that was reserved only for the movies. I never woke up in a skip although there were some close-calls. But I did wake up with maxed out credit cards and a broken heart.

I was struggling with three addictions at the same time that constantly imploded together, likely a deadly combination of poisonous gases. Being an alcoholic, love addict and shopaholic were all intertwined. The triangle of addiction as I like to put it starts with alcohol in the top corner. Then love and money in the bottom corners. The root of the issue was my alcoholism, which affected my attitude towards love and money. There were times that I couldn’t even look in the mirror or my online banking app.

But I never stopped, stopped any of it – the drinking, the buying, the dating and most importantly the self-hating.

Because I didn’t know how to stop any of it. I couldn’t possibly just cease drinking, shopping and dating? And the idea of ending my love affair with alcohol deeply unsettled me, how was I supposed to deal with everything? How was I supposed to cope with my depression? How was I supposed to make people like me? These questions caused me so much worry that some times I needed a drink to stop drinking. I was an incredibly anxious person, I was an introvert by nature, and I had to create a false persona in order not to be seen as a complete social pariah.

The alcohol lowered my self-esteem, which manifested into a deep-seeded depression, and subsequently seeking validation from the wrong sort of people. It worked to some extent, men and women found me charming and interesting, but after the fifth drink most found me obnoxious and downright frightening. I’d wake up and be instantly filled with regret after a bad decision (s) I made the night before, either by saying something offensive or by being so drunk I couldn’t put together a coherent sentence.

But for almost 13 years I continued to feel lonely, while there were extended periods of sobriety I always fell back into alcohol-induced shame. There was no particular reason why I didn’t give up alcohol, it was mostly a personality-flaw. A lack of willpower some would say, which was definitely not limited to my drinking.

By the time I realized I had a problem, my finances had hit an all-time low, I struggled to accumulate any savings and I was worried that my uncontrolled spending would be harder to kick than my drinking. My money didn’t go on worthy things, such as travel, hobbies, or maintaining friendships, I filled the lingering emptiness of the morning after with more booze, dates, and clothes. It’s often said that we replace one addiction for another, but sometimes an addiction can fuel other ones.

The first thing I did when I decided to give up alcohol was make a sober diary and calendar. I ticked the days off, taking each day at a time and started reading about sobriety, the first book was Black Out by Sarah Hepola, and then the Unexpected Joy of Being Sober by Catherine Gray. I also enjoyed listening to podcasts, reading articles, and even delved into academia to find out the reasoning behind why some people don’t have a stop button or even a pause function. My social life got a revival, I went to the cinema, volunteered with my local wildlife trust, became more active and attended meet-ups.

My emancipation from alcohol came with its share of pitfalls as well. I started to get fewer invitations from friends, my resolve was constantly questioned and my mum thought I was secretly drinking in my apartment. My social anxiety was so overwhelming that I even considered leaving my job. But most importantly, I found out that some of my traits, that I blamed on my addiction were in fact – just me. It’s easier to blame alcohol on for your own personal shortcomings.

Quitting alcohol also helped shaped how I perceived “fun”. There was a time when I actively used to put people down for not drinking as much as me, dating as much as me, or spending as much as me. Sobriety (in all its forms) is often depicted in a negative light, one which has influenced how we perceive ourselves. Ever heard the saying, “No good story started with a glass of milk.” I believed to be a fun and spontaneous woman I had to always be down for a good time, which involved too many gins and tonics, shopping sprees and toxic people.

When your dealing with multiple addictions, the best weapons you have are patience and perseverance, both are essential when trying to defeat them. But for me, I found letting go of drinking allowed me to curb my other addictions, once I removed alcohol from the top of my triangle, the rest came tumbling down.

7 Rules Of Party Planning According To Babylon