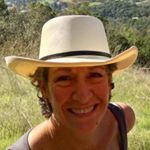 The leaves shiver in the breeze as I stare out the window from my perch on the couch. I feel none of my usual ambition to hike the hills this morning and I blame my recent Covid vaccination. But I know that’s not it. It’s Easter, a holiday that for the past 45 years has gathered dark clouds over my head, even on sunny days such as this one.

I was 20, far too young and inexperienced to understand the depths of anxiety and insecurity that plagued my father, although he had certainly introduced me to the demons that lived within his mind. I learned very early in life to stay out of the way when they took him over and to step gingerly around him the rest of the time.

There were many causes for his torment—being born the last of too many children to a poor immigrant family, his mother’s death when he was four, drifting alone in search of work during the Great Depression, followed by three years in a Japanese prison camp during World War 2. His life began at a deficit, and no matter what he did, he never made much headway.

So, on Good Friday in 1976, he hung himself, leaving me plagued with repressed trauma while trying to cobble together a life as a young adult.

Decades later I sit here on Easter morning, wondering how I survived as well as I did and taking stock of what I’ve learned from being left behind. Here’s what I believe and what I offer as my best advice to someone who, like me, is left to live on beyond another’s suicide.

People end their lives for many reasons, and much of the time those reasons are unknown. Making sense of it all seems like it would make it somehow better. But you may never know, not completely. So, try to accept that they had their reasons and let it be.

Carrying anger is exhausting. Being furious at someone for killing themselves, while it is sometimes a necessary stage of grieving, only punishes you. The best thing you can do for yourself is learn to accept what happened.

Suicide is about the person who killed themselves. It’s not about others; no one is to blame. You didn’t do it, so don’t take that on. You deserve better.

Grief never leaves, but you do learn to store it away in a place where it allows you to carry on, move on, and live on. I promise. Don’t deny the emotions of it; honor them and let them rise up when they must. But let life go on.

Most people don’t want to hear our story, but we need to tell it. Find someone—a brave and understanding friend, a therapist, a support group—and trust them to process what happened with you. Living beyond a significant someone’s suicide causes trauma and you will be left with residual emotions that must be dealt with. I’ve sought the guidance of a therapist several times in my life, and each time my father’s suicide cycled through.

Suicide is far more common than most of us realize, but somehow it remains taboo. That’s wrong. Thousands of people are walking around with a tear in their soul from being left behind, and they need us to take the shroud of shame away so they can, too. It’s not easy to tell our story, it’s not easy to hear it, but it must be brought out of the shadows.

Believe me, sending this essay out into the world was not easy. But if my words help you feel less alone, then it was worth the discomfort.

I'm in the years beyond youth, a time when a woman can be at her best.