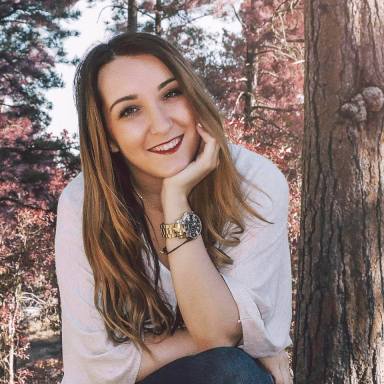 Weasley is our King! Ron can be incredibly brave and sure of himself but underneath that, there’s a solid layer of insecurity. He finds his confidence in the approval of his closest friends but often finds himself in competition with them. Even if Ron doesn’t always make the best choices, people love that he’s always down for an adventure.

The brightest witch of her age. Hermione is stubborn as hell when it comes to standing by her convictions, even if that means standing up to her own friends. She is fiercely loyal. People know that Hermione is a double-edged sword – she makes the best friend & the worst enemy.

Fred & George are restless, quick-witted and easy to laugh. There’s a more serious side to them, but it isn’t easily uncovered. They wish they had ten lifetimes to explore the world.

Professor McGonagall is passionate about the people and things she loves and that passion makes her powerful. She may be considered cold if you don’t know her but once she cares about someone, she is their most vehement support. She is uncommonly clever and focused.

Professor Dumbledore is his own worst critic. He always seeks perfection and is unforgiving with himself when he falls short. His friends and peers always look to him for advice and he is . used to being depended on.

Tonks wears her heart on her sleeve, even if it ends up broken because of it. She knows what she wants in life and doesn’t let anything stand in her way. Tonks possesses the endless curiosity of a child.

Lockhart values appearances above all else. He wants to have a glamorous life and will do anything he needs to do to secure that.

Lavender Brown is unabashedly, unashamedly herself. She doesn’t care what you think about her interests or hobbies. She values friendship and love and doesn’t give up easily.

Sirius Black has a difficult time keeping his head in emotional situations. He’s reckless and excitable and quick to anger. Although he gives great advice, he has trouble taking his own. If he loves you, he’ll lay down his life for you.

Remus Lupin wants to be accepted. He believes deeply in a traditional life filled with family and children. He isn’t the loudest person in the room, but he’s often the smartest.

Hagrid doesn’t value money or accolades. He is nurturing to children and animals alike and falls easily into the role of savior. He can be sappy and easily affected.

Harry Potter loves comfort in the form of food, love and friends but has often had to go without. He spends too much time inside his own mind and is often tired by his own thoughts. When he makes his mind up about something, there is no changing it.

Fortesa Latifi is a 24-year-old writer and graduate student.