“At 6 o’clock, I like to slip out of my shoes and into something more comfortable, like a drink,” I purred in a clipped British accent, to the amusement of my friends. I wasn’t British and I was still in elementary school, but I had taken to imitating Alexis Carrington, the ballsy, glamorous, oft-married oil magnate played by Joan Collins in the primetime soap opera Dynasty. In the 1980s, Dynasty mania was sweeping the world, but nowhere was it as prominent as in the Russian immigrant community in Brooklyn and Queens.

My family and other refugees who had fled poverty and persecution embraced the “big hair, big shoulders, and big money” of American excess as exemplified by the show. We crowded around our television set on Wednesday nights, admiring the Carrington family’s sense of style and business prowess, and dreaming that one day we’d also run companies and live in mansions. Because Alexis was the character who most embodied the “pull yourself up by your bootstraps” mentality, she sparked our imagination and captured our hearts. The magnetic actress who played her was just as intriguing, as was her equally fabulous writer sister.

Joan and Jackie Collins grew up in a basement flat in London. Because of their extraordinary looks and their father’s career as a theatrical agent, the showbiz bug bit them early. In 1954, at the age of 21, Joan headed to Hollywood, and Jackie, five years her junior, soon followed. Joan started acting in movies and Jackie followed suit, but soon traded the camera for the pen. In time, she became the bestselling author of books like The World is Full of Married Men, Hollywood Wives, and Lucky, writing strong female characters not unlike Alexis — or herself and her sister, for that matter. Like their characters, the sisters racked up accolades, homes, men, and diamonds. With their unapologetic materialism, remarkable grit, and sexy feminism, Joan and Jackie inspired Russians to chase their own American dreams.

In the Soviet Union, families resided in communal apartments called kommunalkas, which they shared with up to five other families. Each family was crowded into one room, divvying up the bathroom and kitchen with the other clans. It wasn’t unusual for an entire family to also use the same bar of soap. In our kommunalka in Leningrad, now St. Petersburg, we enjoyed the added bonus of a drunk urinating on our bar of soap on a daily basis.

As for clothing, the lack of variety was satirized in the now-classic Wendy’s Soviet Fashion Show commercial, in which a KGB-style model struts down the runway in a housecoat for “daywear,” accessorizes the outfit with a flashlight for “eveningwear,” and a beach ball for “swimwear.” Those who were lucky to having relatives in America, however, could expect an occasional designer item to arrive. Irina Grytsyk, who emigrated from the Ukraine, remembers that when a neighbor sashayed through the courtyard in a new pair of Calvins, people hung out their windows — some admiring her jeans, others shooting her dirty looks due to jealousy.

It’s not surprising, then, that when immigrants made money they showed it off. It’s impossible to walk down Brighton Beach Avenue in Brooklyn without noticing the opulent grocery stores brimming with produce and the fur shops flaunting fox and mink. Despite the fact that Americans may perceive it as ostentatious, Russian women enjoy wearing furs. Perhaps it’s because back in the old country, the commoners wore cloth coats, while the wives of government officials wore furs. Being able to wear fur coats and hats — shubi and shapki — makes women feel like queens. However, some women insist on dressing like royalty at all times — they are unlikely to ever wear sneakers and sweats, even to the supermarket.

Joan and Jackie Collins share this aversion to grunge. The designer Nolan Miller dressed Alexis Carrington in jewels, sequins, leopard and mink. And Joan herself isn’t too shabbily turned out; she regularly criticizes today’s stars’ “dreadful” style, and has been spotted at JFK airport in Russian-style shubi and shapki. While Jackie’s pantsuits and emeralds are a tad more understated, she has her sister’s affinity for leopard.

Russians are as serious about their cribs as they are about their mink. A Long Island estate that’s on the market for $100 million and boasts 13 bedrooms, 35 bathrooms, several pools, an indoor racquetball court, and a river that runs through the house belongs to the recently deceased billionaire, Tamir Sapir. Incidentally, Sapir lived in our building in Queens, and slaved as a cab driver and electronics store owner before graduating to oil and real estate. It worked out for him, since his house is even more opulent than the Carrington Mansion or Jackie Collins’ custom-built Beverly Hills home. Of course, when he achieved success, Sapir traded in his wife of thirty years for a leggy blonde model. Is it possible that Jackie based The Power Trip’s Russian oligarch Aleksandr Kasianenko, with his yacht and supermodel girlfriend, on Sapir?

An ugly secret about Russians is that misogyny is prevalent in our culture. It often manifests itself in infidelity, which women are expected to endure. I recall a close relative being afraid to leave her philandering husband because of what others would think. Because she had long lived in a society where the collective mattered more than the individual, she cared a little too much about others’ opinions.

I, on the other hand, vowed to be like the Collins sisters, who didn’t give a shit about others’ perceptions. Alexis Carrington changed men like she changed purses, and though she enjoyed the men, you sensed that she didn’t really need them. Joan herself was outspoken about having left one marriage because of emotional abuse and another due to infidelity. And when she received criticism for marrying a guy thirty years her junior, in which people worried that she wouldn’t be able to keep up with him, she quipped, “If he dies, he dies.”

Jackie wrote women that “kick ass; they don’t get their asses kicked.” Claudia in The World is Full of Married Men was much more interested in her career than in any man. Lucky Santangelo in the nine-book Santangelo series was a pistol-packing mob boss. Jackie herself started carrying a gun in her Prada purse after she was held up at gunpoint in Beverly Hills. Recently, she revealed that she “lived her life like a cool bachelor, with a man for every occasion.”

Both Joan and Jackie weathered personal and professional challenges. At a low point in her career, Joan was forced to cavort with insects in the film Empire of the Ants in order to pay for her kids’ education. She even went on welfare briefly, according to her memoir Past Imperfect. It wasn’t until she was cast as Alexis on Dynasty that her career was revived, and she became a sex symbol at 47, an age when most women are considered over-the-hill. 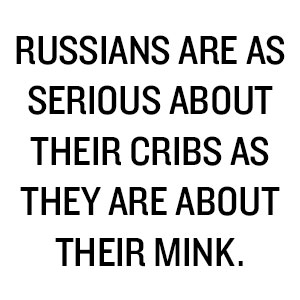 Jackie was mercilessly criticized for her books. When Barbara Cartland said, “Your books are filthy and disgusting and you are responsible for all the perverts in England,” Jackie replied, “Thank you.” And Deng Xiaoping was so offended by her work that he called for the murder of her publishers. At home, Jackie nursed her husband and then her fiancé through terminal cancer, and wrote five books in the six years that she herself fought breast cancer.

I hadn’t thought about the Collins sisters much in recent years, except when I’d stumble across a photo of them at the Vanity Fair Oscar Party, and marvel at how they still brought glitz and glamour wherever they went. When I heard that Jackie had died, I found myself re-reading her books, and realizing that she and Joan were inspirational because they achieved the American Dream on their own terms. When I read that Jackie had even organized her own funeral, and that it would be a party, I smiled. While my heart breaks for Joan, I hope she finds strength in the certainty that her baby sister continues to kick ass.

Sorry But If You Want To Find Love, You Need To Actually Look For It

Here Is Why All Women Should Celebrate Each Other