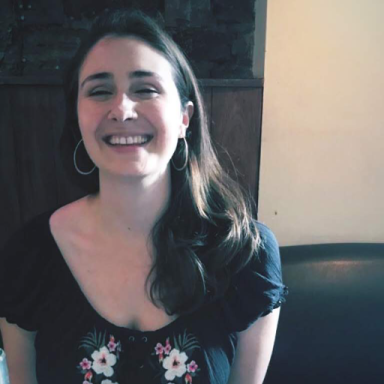 I think we can all agree that this year has been unprecedented. From a global pandemic to a fresh attempt at Armenian genocide and a simultaneously terrifying and laughable US election cycle with far-reaching consequences, this year has defied expectation. But who would have guessed that one of the most emotionally resonant events of the year would be the release of Stephenie Meyer’s long-awaited Midnight Sun? It might seem shallow to talk about something this trivial. After reading the book this October, however, I found that it provided a surprisingly insightful look into my hopes, fears, and cynicism surrounding the hellscape that is this year.

Like many Millennials in the late 2000s, I was utterly enraptured by the Twilight series. Among my most salient memories are walking along a beach with two of my closest friends, one of them reading New Moon aloud; dressing up to buy Eclipse with my cousin from our local bookstore (think all black clothing and glitter, all over) and then proceeding to read our books next to each other for eight hours; my mother driving myself and close friends to a Stephenie Meyer book signing in a nearby town. The overarching impression, however, is the feeling these books gave me in the aftermath of a tragic (for a 12 year old) heartbreak: like Bella in New Moon, I felt a hole in my chest that could be cured only by the incessant consumption of these books.

I am now nearly 26 and would consider myself (mostly) an adult. Yet by and large I experience the same emotions when reading the Twilight series as I did when I was 12 or 13. How does this make any sense? The first time I reread the series in adulthood was the summer after my junior year at UC Berkeley. I’d just suffered a somewhat devastating rejection, and thought I’d drown my sorrows in Twilight, imagining that, with the benefit of a rigorous education and many years of distance, I’d have an entirely different reaction to the books. While I was, of course, more prepared to name and grapple with the problematic elements of the story–stalking, anyone?–I was largely shocked by how significant the books’ emotional impact on me still was.

Fast forward two years, and I found myself depressed while studying abroad in Italy just prior to the 2016 election. After an impromptu visit to Volterra (a Tuscan hilltown featured in New Moon), I impulsively downloaded all four Twilight books to my Kindle and tucked in for a good old-fashioned literary binge. Far from the nostalgic catharsis I hoped to experience, the series again left me frankly heartbroken and yearning for high school exes.

And because I have learned approximately nothing in the intervening years, I chose to read Midnight Sun the week before the 2020 general election. While I’d been putting off reading the book because I was concerned it might not hold enough nostalgia (not being a reread), I finally caved. I have to say that my experience truly ran the emotional gambit: I laughed, I considered crying, and despite knowing what would happen, it kept me up till all hours of the night on more than one occasion.

Many people have commented that the book primarily acts as a way for Stephenie Meyer to defend herself and her characters from the snide comments and criticisms they have amassed over the last decade and a half (hellooo, totally awkward and insufficient explanation of why Charlie didn’t come to Phoenix when his daughter was basically IN A COMA). And while there is (a lot of) truth to this, it somehow still manages to add a great deal to the saga. Experiencing the love story from Edward’s perspective, it is impossible to doubt the strength of his feelings for Bella, and in moments that seemed painfully embarrassing for her in Twilight—like when he essentially forces her to declare herself without him giving anything away—the reader instead understands his fatalistic surrender. Of course he loves her, why else would any of this be happening? More than anything, though, reading Midnight Sun gives the entire story more depth of feeling. He has lived longer and endured more than she; his commitment to her is all-consuming, and his resolution to leave near the end tints the book with a heart-wrenching melancholy that is perhaps the most fundamental source of my nostalgia.

There is magic in Twilight, and not just the magic of vampires, werewolves, and true love: it is the magic of capturing the minds and hearts of teens and tweens around the world. For 20-something-year-old me, this magic manifested in nostalgia for the young person I used to be, the one who not only believed in this love story as the height of aspirational romance (and soulmates, full stop) but also a world free from political terror the likes of which we are witnessing in 2020. 13-year-old me believed that I might—nay, WOULD—have a love story as compelling as Bella and Edward’s, but she also believed her future would hold progressive politicians who fought for justice. She never in a million years would have dreamed of the reality that I now inhabit, one where I can’t hug my 96-year-old grandfather, where I lost my job (but not my student loan debt) because of a crumbling economy.

Midnight Sun gave me a major emotional hangover. But this has far less to do with Stephenie Meyer and the world she created than it does with the way my perspective on the real world has shifted in the years since I first read her books: 15 odd years have made a major difference in the politics of this country and the cynicism of this 26-year-old. Is there anything more quintessentially millennial than finding reflection of this generation’s collective trauma in a nostalgic teen romance series? I doubt it.

So read the book—your inner tween will rejoice in so much of it—but be prepared for the possibility that far from providing an escape, the experience might force you to grapple with how much the world, and yourself, have changed. Line up another book that will bring you joy, and definitely keep some alcohol on hand to turn your Twilight hangover into a real one: it’ll be easier to cure.

Just a millennial girl living in a late-capitalist world