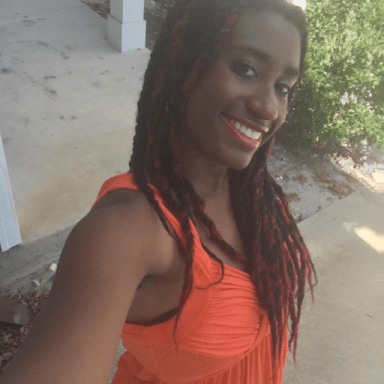 With everything going on in the world right now—a global pandemic that the United States government is handling abysmally, a resurgence in the fight against anti-blackness and racial injustices committed by the police, ICE imprisoning immigrant children and separating them from their families, the countless sexual assault crimes committed by people in power—we’re faced with the decision on how we’ll react. Will we be the people speaking up in others’ corners, or will we sit on the sidelines and watch the world go by? The decision is always ours, but with social media and other technological advancements bringing us all together, these issues are brought much closer to our faces than in previous generations.

Many, if not most of us, are overwhelmed by our world, which is more than understandable. How do you get through school, focus on your job, or even just socialize with your friends when the entire world seems to be falling apart? Living as a human comes with its own difficulties; when the world itself is in crisis, life can seem impossibly hard to deal with.

People who choose to be “just not that political” are in positions of privilege. You may not be privileged in every aspect of your life, but you are privileged enough to write off social issues as “political” differences. You can easily ignore how people have no rights or are losing the rights you take advantage of every day because politics don’t affect you personally.

But here’s the thing: politics do affect you. Unless you want to live isolated from the rest of the world, sooner or later you’re going to run into someone who is marginalized and cannot express the freedoms you’re privileged to have. Unless you only care about yourself, you’re going to be bothered that not every person feels safe in this society because we face oppression on a daily basis. Unless you don’t care about others, politics do affect you, and you can no longer afford to be “just not that political.”