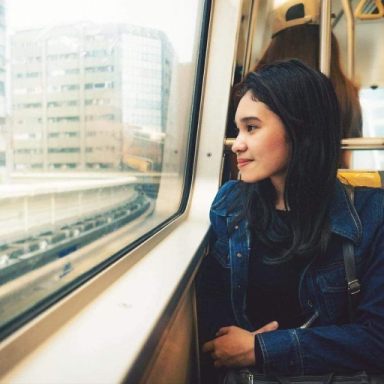 By Eunice Loreto Updated May 28, 2019
i love simple beyond

By Eunice Loreto Updated May 28, 2019
i love simple beyond

This morning I asked a kid what she wanted to be when she grew up. Without batting an eye, she answered, “Painter. Ballerina dancer. Karate master. I’m thinking of maybe becoming a doctor, too.” My first instinct was to laugh and brush them off as mere childhood fantasies. But then I surprised myself by saying, “Why not?” Seriously, why not? As children we were taught to dream endless dreams. When did we stop? I mean, as our age grows, shouldn’t our dreams grow with them? What happened? We stop dreaming because we somehow believe things that are simply not true. Here are the lies we tell ourselves and the truth behind them:

This is probably the most common lie that enters our mind when we want to do something new. But think about it. Is this reasoning really valid? NO. The older you are, the wiser you get. The more things you are able to do. Don’t let the world make you believe that new opportunities are only for the young.

HARD TRUTH: While you have breath in your body and blood in your veins, it’s never too late. You can always do something more with your life – move to a different city, get a new job, go back to school, learn a new language. If you want something, go for it. Move now. Time is much too precious to be wasted.

TRUTH: You can only grow so much inside comfort zones. Sooner or later, you’d just stop. And if you don’t gather up the courage to get up and leave, you’ll become stagnant, missing so many experiences, relationships and opportunities. Life is meant to be lived, not on neutral, but on fifth gear.

My question for you is, who are you listening to? See, the world will tell you many, many things, most of them harmful and untrue. It will try to hold you back, confuse you and harm you.

TRUTH:  Listen to the ones who love you enough to tell you the truth and support you. They’re the only voices that matter.

One of the biggest reasons why people get so exhausted is that they’re living the wrong life. Have you ever stopped and asked yourself, “Is this where I’m supposed to be?” Is there anywhere else you’d rather be? Another person you want to become? When you don’t live out your purpose, you’ll get burnt out really quickly.

TRUTH: Being tired is not a reason to stop. It’s a warning sign telling you to get moving.

One common mistake when making a big, life changing decision is that we overwhelm ourselves with all the possibilities, all at once. Stop it. You get to where you want to be, not with one giant, impossible step, but with a series of little ones.

TRUTH: The best place to start is with step number one. Then the next. And the next. Before you know it, you’re already there.

Imagine if all people thought that. Bill Gates would have stopped when his first business failed. Stephen King would have never thought of writing after being rejected again and again. Young Nick Vujicic would have simply given up. All dreams start out as impossible things in your mind. But actually, they’re not.

TRUTH: Dreams become possible for those who keep persevering, those who never stop fighting.

8. LIE: “There are so many people better than me.”

There will always be people who will cook better than you, run faster, swim better, or speak louder. Tip #1: Stop comparing ourselves to them.

TRUTH: Each person is special in their own unique way. There’s just simply no point of comparison, period. Tip#2: Better yourself. If there’s something you want to learn, study it. Practice. Don’t let discouraging thoughts limit yourself. Don’t stop learning. Don’t stop growing.

Honey, what if it doesn’t? Are you seriously going to let the fear of the unknown keep you from even trying? Even if things don’t go the way you expected, you still win.

TRUTH: We’re not defined by our mistakes, you see. We’re defined by the lessons we learn along the way.

“All things are possible for those who believe.” This is a verse I keep close to my heart. Have you realized how short life is? Do you really want to live an “okay” life? Or do you want to live an extraordinary, limitless, regret-free one? You choose.

Find me lost in daydreams ;)