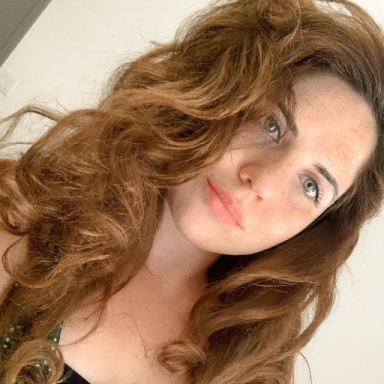 You can’t imagine the world she spiraled into, so how could you even begin to understand? You haven’t lost yourself trying to chase a white rabbit. Do you know what’s it like to grasp at the tail of something just out of your reach because you think it might lead you home once more? And before you realize, you’re more lost than ever? You can’t be reached once you go down that hole.

Have you come face to face with the grin of a monster? And no matter how fast you run or how far you travel, it never leaves your side. Even when you don’t see the flash of a smile, you can hear its teeth grinding in the shadows.

Imagine sitting at a table with a mad man and for the first time feeling like someone understands you. Realizing that the only time you’ve felt sane is when you’re talking to someone who’s lost his mind? You don’t know if you’re comforted because you’re not alone or terrified because you know what you’ve become.

I don’t know if you could fathom standing in a garden full of white roses and methodically painting each petal red. You’re wrist hurts, your eyes sting, your lungs ache and your head pounds, but you paint and paint. It’s illogical. You can’t explain why you continue to create brush strokes. You just know that you have to. The punishment is too real. There are a thousand more petals for her to paint.

Do you know wonderland? It’s walking around knowing that there’s someone who wants you dead. You’ve done nothing wrong, but they want your head. They tell you that you’re bad and you don’t deserve to live. Your crime is never announced but the fear and guilt are always there.

Don’t try to relate to Alice. She would just laugh and say, “There’s nothing wondrous about Wonderland, and unless you’ve been there, you’ll never understand.”