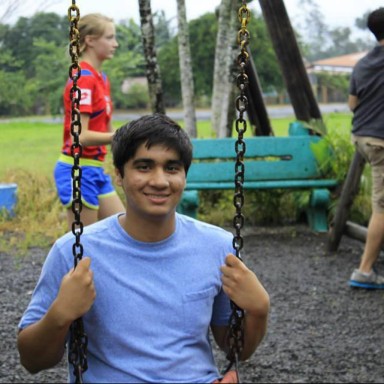 I first started watching Netflix in the fall of my semester year of high school. I had never been much of a TV watcher, but coming home after school, laying down and just watching TV quickly became a relaxing habit.

The first show I watched was Parks and Recreation. I’ll be honest, Amy Poehler kind of creeped me out in season 1. But after that short season I quickly started to get absorbed in the show. It was so… optimistic. The atmosphere of the show always had this “we can do it” type attitude. The entire vibe emitted by the series felt extremely warm and positive, a refreshing feeling when reality often felt quite the opposite.

I finished the series in about a month, and I was incredibly sad when it was over. I figured I would watch The Office next, because everyone always talked about how great it was. But I didn’t think it would be anywhere near as good as Parks and Rec.

What caught me first about The Office was the opening theme. It was so… bland. Just a bunch of people doing office work, punching numbers, making calls. What was this show even about?

The first episode itself was so incredibly awkward. The humor seemed to depend on narcissism and the fact that everyone hated where they were. This wasn’t the type of escape I was looking for.

But I kept watching. I watched Pam’s head slowly tilt onto Jim’s shoulder and his mouth stretch into the tiniest smile which needed no vibrant color to exemplify bliss.

Then came Season 2, and for some reason the screen seemed brighter.

The first episode shows Michael hosting an award show called “The Dundies,” an event which no one wants to participate in. But when Michael begins to get heckled by outsiders he’s rescued by the same people who at first appeared to detest him.

And on and on the show went. And as the series continued the resentment and colorlessness the show seemed to embody so early on appeared to bloom into something else entirely. Office mates who’s seemingly only common interest was that they worked together quickly found each other’s shoulder’s to cry on when the sourness of being a human being began to attack them all.

There were the big memorable moments, like Pam breaking down crying after helping Jim and Karen, to then be consoled by Dwight. Or Jim and Pam’s hunt for 69 cups of noodles upon hearing of Kevin’s skin cancer.

But what quickly stuck out to me was Angela. An extremely strict, conservative Christian quickly became horrified and disgusted upon hearing one of her office mates, Oskar, was gay. He quickly left on a paid leave and returned to a welcoming office. Upon seeing Angela he was met with apologetic tears and an offer to join the women’s party planning committee.

We could argue that this wasn’t politically correct in the slightest, but upon first meeting this woman how many of us could expect her to even attempt to sympathize with a gay man?

Upon first glance Angela was only an archetype – black and white. But she bloomed just as everyone in The Office did as well.

And as the character bloomed so did the friendships and loves. We all love Jim and Pam, and the way they’re always so happy when they’re around each other. There was a lot of drama early on when Pam was with Roy and Jim was with Karen, but throughout these times they always managed to find each other in tiny pranks and jokes to share in each others happiness.

And then eventually they were together. And it was perfect.

It wasn’t on and off like relationships in other shows. They had finally found each other, and so for a while that’s all we as viewers needed. We got to see Jim propose at a gas station, a wedding in Niagara Falls. And then they had a kid. And another one.

In season 9 things became rocky, but even then it was real. And then the show was over.

I didn’t know what to do with myself. I watched the season 9 finale a bunch of times over again. Then I went to Youtube and started watching short clips of The Office.

I laughed at a lot of Jim’s old pranks, but then I quickly stumbled upon some others. There were a ton of fan made videos dedicated to Jim and Pam’s relationship. They were montages of short clips of Jim and Pam moments, with some love song playing in the background.

And yet, I absolutely hate them. When I see a slow motion Pam staring teary eyed at Jim with a soft song playing in the background I am absolutely disgusted.

I remember watching Jim and Pam on “The Booze Cruise.” Jim and Pam walk outside on the cold cruise ship, and Pam asks Jim what it’s like to date a cheerleader.

And Jim just smiles and looks at her. No romantic music is playing in the background. There are no intense camera angles, no incredible outburst of emotion. Just an infamous, 28 second look.

And that’s what makes The Office one of the greatest TV shows of all time. It depicted beauty in such an honest and pure way like no other TV show had ever done before. It managed to show the lives, struggles, and successes of so many seemingly plain characters in an incredibly humane, real way. And when I see these cheesy romantic compilation videos it only shows why everyone in our society is so miserable.

So then what does The Office say about the world that we live in? In the beginning season  everything looks bleak and hopeless, but is it really that way? Or do the characters just choose to see it that way? What truly determines the color in our lives?

Nothing really changes in The Office as time moves on. They stay in the same building and spend a majority of the time working with the same people. And yet when the final season wraps up everyone is bursting with color and love.

Although really, nothing changes.

A big fear of many who live in my generation is the thought of spending our entire adult lives cramped up in some cubicle with a soul crushing office job. And yet so many of us watch The Office and long to live in that same world.

Today I like The Office much more than Parks and Rec. Parks and Rec is still a wonderful show, but what The Office did that was powerful beyond comparison was that it constructed a new reality. It showed serious issues of heartbreak and loneliness, but the show never depressed you. In fact, it did the complete opposite.

It made you laugh. A lot. And in choosing to do so it depicted anguish and sorrow not as “bad” things but as the zests of life that make being human interesting, and even fun.

And that, to me is so much more than just a TV show. That’s art. And I have only thing to say to the folks who made this art a reality.

My name is Eshan.