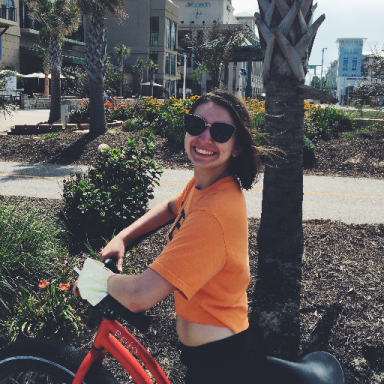 I wish my heart didn’t ache so much. I feel like my whole life is showing my soft underbelly to everybody. Which is great. Everyone loves how I smile and listen and help and compliment and support, but when you show that soft underbelly, there’s nothing protecting you, so everything hurts so much more.

It hurts being alone on the weekend and it hurts not having arms to fall into and it hurts to extend a hand of friendship only to get frostbit by someone’s cold indifference. It hurts not to have any eyes sparkling in your direction and it hurts not being anyone’s first choice.

And then I’m left alone. Checking my phone on a Saturday night. Walking to my car to return home alone at the end of the night. Sending the “Oh, that’s okay! Just let me know when you’re free, I’d love to get together soon!” text. I climb into my bed with a bruised ego and aching heart. I’m left outside looking into a world of chocolate ice cream and sensible music and popular holidays.

But maybe, just maybe, there is someone out there whose favorite ice cream flavor is strawberry. Uptown Girl is an earworm that they’ll never be able to press skip on. And contrary to popular opinion, they like New Year’s Day the most. It represents optimism and purity and hope, they’ll say.

And maybe one day, I won’t be checking my phone every Saturday night. Maybe I won’t have to leave alone in my car at the end of the night. And maybe, instead of sending that “oh, that’s okay!” text, I’ll be sending a “Friday works great! I can’t wait to see you!” text.

Because I will be someone’s first choice. They’ll spend Labor Day weekend kayaking with me. They’ll call me to tell me about the giant deer that they narrowly missed with their car and how they spilled their coffee in the process. They’ll be the arms I fall into when life kicks me hard in the ass. They’ll send me this great new song they found from a band they had never heard of. They’ll nod along to my 300th recounting of “so there’s this one Saturday Night Live sketch…”

A cartoon character come to life