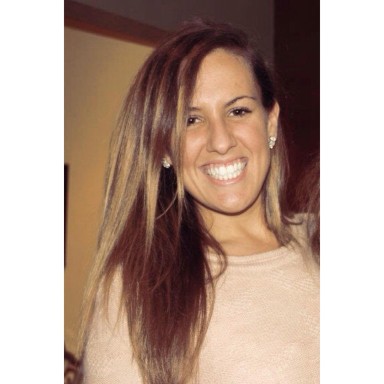 In the past I’ve taken pride in my basic-ness. That was until a relative told me I sounded like a Valley Girl, and I realized change was necessary. After much thought, I decided my true calling is to be a bad bitch. I opted to spend 30 days attempting to meet this goal. The following chronicles my journey.

I know this isn’t going to be simple. Let’s face it – I’ve been basic since before I knew what basic was (e.g., I insisted my mom bring me to get the “Rachel haircut” in 1995; quite a ridiculous request for a 9 year old). However, I’m fully committed to making this happen. By Thanksgiving, no one will even be able to recognize me.

There’s this jerky guy I thought was my soulmate, but according to my research, bad bitches don’t let awful men consume their otherwise extraordinary lives, so screw him. Internet findings say I’ll need to ditch my passion for finding my one true love and instead have a bunch of guys I rotate between. Looks like they’d technically be called “side pieces,” I think. I’ll also need to spend most nights in the club until I start getting some free stuff (bottles of Dom, “cash money”, etc.) from said fellas.

I needed a serious detox, so I rummaged through my closet and pulled out every Free People item and anything pink. I found white capris lying around, and tossed those too, along with everything from Ann Taylor Loft and all faux pearls.

I made a list of words and phases I’m not allowed to use anymore including yay, literally, fab, let’s go get some margs, totally addicted, OMG, so psyched, ahhh this is my jam, cute, so cute and really cute.

I’m at the brink of tears, as I’m regretting getting rid of my cable knit sweaters. Today’s weather is perfect for a cable knit, an infinity scarf and Tory Burch flats.

To counter yesterday’s depression, I went on a shopping spree. My most exciting purchase was a leather, studded jacket. I made a vow to no longer leave the house without red lipstick and a minimum of 5 pieces of gold jewelry.

I decided to organize a book club. I haven’t informed the ladies yet, but our first book will be Ready to Die: The Story of Biggie Smalls Notorious B.I.G.

In college, my best friend and I had one main hobby, referred to as “doing whatever we want.” I tried to channel this younger me and remember how great it felt not following rules. My new bad bitch mantra – do whatever I want, whenever I want, wherever I want.

I have a big butt already, but I have to get it bigger. I will now be doing squats whenever I want, wherever I want.

I’d unconsciously trained my former basic brain to stick to salads, sushi and hummus appetizers when dining out. However today I learned from an expert source that, as a bad bitch, I’m allowed to eat whatever I want in public, including hotdogs. Seems kind of risqué, but IDGAF.

I deleted all of my existing Pinterest boards and starting a new one called “Some Dope Shit.”

I owned it today on the treadmill with a positive mindset. On mile four I started envisioning myself wearing tight black pants with a pleather side panel and spikey black heels walking into the bar with my crew as Pour it Up plays loudly in the background. That will be fire.

I want to learn everything imaginable so I can be smarter than the average human (in turn, enhancing my “boss” status). I went to the library and started reading every possible piece of non-fiction.

Now that I know everything about history, science, current affairs, and war, maybe I’ll run for president. The sky is the limit for someone with this much game.

My girls got together tonight to watch Dawson’s Creek on Netflix which annoyed me. They know I’m trying to rid myself of this kind of basic shit, and I feel like they’re just throwing it in my face. I’m not talking to them for 24 hours.

Halloween is basic AF. I’m throwing on my Brooklyn tee shirt from Joyce Leslie and taking my backpack of mixed beers over to a friend’s house to protest.

I built a bookshelf on my own today – a far stretch from my former self who relied on platonic male friends to assemble things. What’s more, I went on to snake a drain, assemble a ramp, and replace a muffler.

I flew down to Florida this morning, and had a completely accidental slip-up by posting a picture of a scenic view accompanied by a song lyric. One giant step backwards, but I’m staying positive.

I woke up with money on the mind. I bought a flatbrim hat that says “HOODRICH,” which looks fly, if I do say so myself.

I need to be more intimidating, so I’ll have to stop smiling at everyone on the street. I’ll swap the smiles out for confident winks at sexy men that pass. If they’re not-so-sexy, they’ll still get a hair flip or something.

Today I experienced the worst hurdle I’ve had in weeks. Selena Gomez released a new song about her relationship with Justin Bieber. It’s like God is trying to torture me. I let myself watch the music video, and I wanted to download the song, but resisted and instead downloaded some underground Kendrick Lamar beats.

I saw a ton of my Facebook friends sharing an ‘80’s aerobic video that allegedly matches perfectly with Taylor Swift’s “Shake it Off.” I had an instinctive urge to watch it, but then just…didn’t. Today is a good day.

I might trade my cavalier king Charles spaniel in for a tougher breed, like a Rottweiler. I’ll name the new dog Anthrax.

I drank 14 long island iced teas, pounded several car bombs and then got thrown out of a bar. I have #nochill.

Turn down for brunch? I’m over it. I declined an invite for a booze-free meal today and instead mixed myself a giant cocktail in a slurpee cup and spent the afternoon getting my nails done in a pointy almond shape.

It’s my last day in Florida and I don’t care at all about getting tan. Rather, I’ll spend time cutting a few shirts into crop tops, and spray-painting a beater with “GET $$.”

Woke up, broke some hearts, went back to sleep.

It’s Day 30 and I think the transition is officially complete! I couldn’t be happier with how things have turned out. To celebrate, I will do my regular routine, which entails popping champagne and doing whatever the hell I want. If you need me, you can find me riding off into the sunset on a Harley. BYE FELICIAS!