Working professionals will quit their job for a number of reasons. Unsatisfactory pay, office politics, poor morale, atrocious coworkers, inadequate benefits, a mediocre company culture – the list goes on. In my opinion, however, the number one reason to quit your job is a bad boss. Your boss is the one who keeps tabs on your work, and he or she will either encourage you with a smile or barely acknowledge you while sporting a look that is perpetually unimpressed. To all of you bad bosses out there, we’re sure you’re good people outside of work. However, how to be a good boss should be common sense, so we’re just confused as to why you suck at this so much. When your boss doesn’t treat you well, it creates a toxic work environment that you’ll eventually feel a strong need to get out of. Here are 10 reasons why your horrible boss will be (and should be) the reason you quit your job:

1. Your boss is using fear as motivation instead of using appreciation

If your boss truly appreciated and acknowledged the good work that you do, you’d feel motivated to continue performing well. Unfortunately, many bosses (typically, the ones who either don’t know how to be – or don’t care to be – a good boss) will use fear to motivate employees. They’ll create a culture of paranoia, fear and uncertainty as a means to drive employees to step up their game – or else. This rarely works, and what your boss should be doing is offering incentives or rewards (such as gift card prizes) to motivate employees. Even something as simple as genuine appreciation and praise is a better motivator than fear, and is considered to be a reward for good performance.

2. Your boss is a terrible communicator

Communication is key when you’re the boss of someone. How some people who can’t communicate properly land authority positions is completely beyond me – but it happens all the time. Good communication skills are crucial for any leadership position (again, common sense.) Communicating well is all about laying out very clear expectations, initiating weekly meetings, providing encouragement, providing feedback, and offering guidance. This helps employees feel secure and comfortable at work.

A terrible communicator will always make for a terrible boss because they’ll withhold information, they won’t offer helpful feedback, they won’t communicate appreciation or praise – and you’ll always be guessing if they’re drawing up your termination papers or planning on giving you a raise. You’ll always be in the dark, and they’ll make your work life a living hell of guessing games and insecurity.

Yes, your boss has his or her ‘favorite’ employees, and if you’re not one of them, work life will be awkward at best. Even if you are one of the favorites, don’t get too comfortable. Bosses who play favorites tend to be quite fickle with their friendship. Let’s just say that one day you could be part of the breakfast club and the next day you’ll be suddenly shunned, and you won’t know why or what changed.

Sometimes, this favorites game is as simple as sexism. Your boss might treat the male or female staff better for some reason. For example, it’s very common for the male staff at a tech company to be treated better than the women, since tech is often a male-dominated industry. As if this behavior of treating male staff with more respect is really helping to fix tech’s gender gap, yet it continues to be an issue that female staff deal with. On the flip side, many male staff at corporate companies often complain that good-looking female staff are offered more rewards and more leniency than them. It goes both ways, and at the end of the day, a boss who fails to treat all employees equally is going to be viewed as a horrible boss.

4. Is condescending or awkwardly ignores you

It’s possible your boss is ignoring you because he or she hates you, or perhaps he or she just hates work and tries to get through the day without interacting with anyone if it’s possible. The problem is, a boss who doesn’t make an effort to interact with you on the day-to-day, and instead avoids you unless it’s imperative to speak to you, is successfully making the workplace uncomfortable and awkward. It’s bizarre to have a boss who avoids you – and it’s enough of a reason to want to quit your job.

If an avoidant boss isn’t bad enough, even worse if he or she is condescending towards you. Just because they happen to be in a more senior position than you at this particular company does not in any way mean that they are better than you.

Speaking of your boss ignoring you, failure to delegate work to you goes alongside this. I once held an assistant-type position at a company, and I had a boss who literally never delegated work to me or asked me to do anything. How can you ignore your assistant and never assign work to them? The most ironic (and hilarious) part, however, was that this same boss concluded that I was doing the “bare minimum” and under-performing. Of course I wanted to point out that doing the bare minimum would technically be doing nothing, since I was being ignored and I wasn’t being asked do any work – so I therefore had to find work to do and create a purpose for myself to avoid going stir-crazy. However, I didn’t bother saying any of this. I’d just wait until I got home and could call a friend to vent about how ridiculous my boss was.

6. Micromanages instead of encouraging creativity and autonomy

You don’t want a boss who avoids you or ignores you, but you also don’t want a boss who micromanages. There’s a happy medium that seems to rarely occur. I often hear complaints from friends that their boss is on one end of the spectrum (either avoidant or micromanaging) and neither is anyone’s happy place. Micromanagers often discourage your creative spin on things, and discourage independence in the workplace. This makes employees feel as though they aren’t trusted, or that their intelligence is being insulted. It also annoys employees because they feel as though they’re constantly being watched.

Nobody wants to have a boss who never shows emotion and is hard to read. If you never know what your boss is thinking, it’ll drive you crazy. I had a boss like this once and I swear I never knew if she was plotting my murder or thinking about how cute my blouse was. Her face was always the same resting-bitch-face no matter what was on her mind. This stoic, avoidant nature will cause you to dehumanize your boss. They’ll seem like this robot in charge rather than an engaging team leader.

8. Doesn’t know what you’re great at or where your skills lie

A great boss will be well aware of who is good at what, and which employees have strong skills in particular areas. If your boss hasn’t taken the time to learn what you’re great at, then your boss doesn’t care enough to help propel you forward in the company. If you’re gifted at something, that gift should be put to use. Knowing these things would help your boss delegate appropriate tasks to people with the capability to excel at that task.

9. Expecting you to read his or her mind instead of giving instructions

Yes, certain things should be common sense. However, a boss who always expects you to read his or her mind is a boss who will drive you nuts and force you to quit. Clear instructions, guidance, expectations and explanation are things that are required of a good boss. If you’re unhappy because you expected me to read your mind, then sorry not sorry. 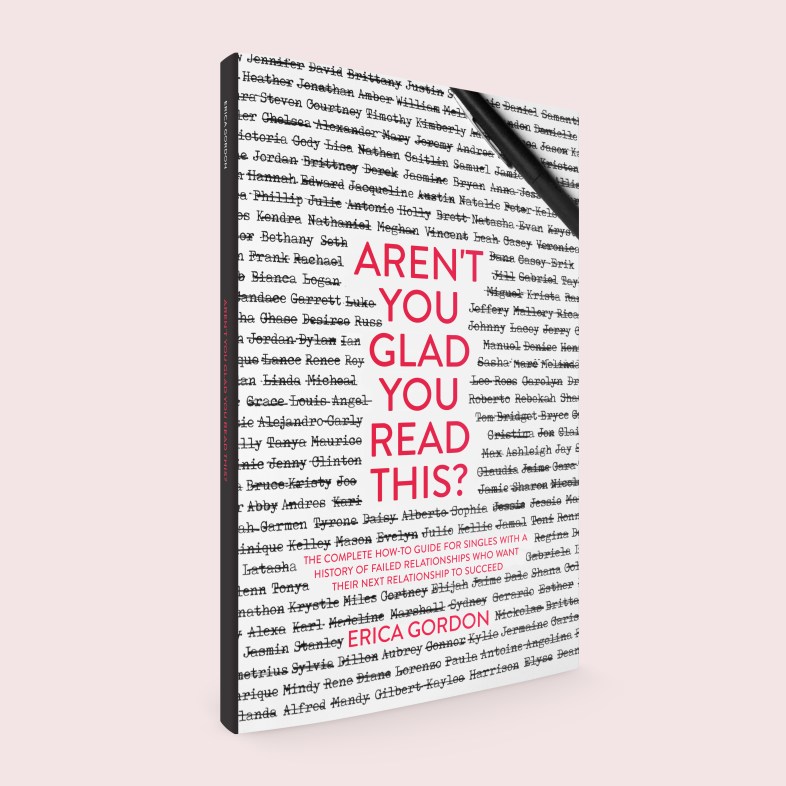 Erica is a dating expert and hopeless romantic who always keeps it real, no matter what the outcome of that realness might be. She loves to post memes, travel pics and dating advice on her Instagram @the_babe_report and she’s the author of the modern relationship advice book “Aren’t You Glad You Read This?”