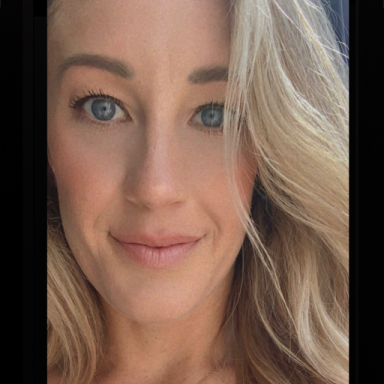 Does anyone else sometimes make up things to be upset about, or predict what’s going to happen in a future situation or conversation and then give yourself anxiety over it? Yeah, me too.

It’s destructive and unhealthy, but it still happens (and honestly will probably still continue to happen because I’m human). But, this got me curious. If this is hurtful to me and others, and is something I know I shouldn’t do… then why do I do it? My initial thought was that it’s because I can’t accept when everything is going right. The other shoe must be ready to drop at any moment, there has to be something that’s wrong, or sadly it’s the realization that I feel guilty for being happy and feel like I don’t deserve it.

Writing that, I understand how crazy and messed up that sounds, but it’s a real feeling. I believe that everyone deserves to be happy, but somehow I’ve excluded myself from that belief. I know part of the reason for that is because of a learned behavior: “if it happened in the past, it will happen again” or, “I’ve been hurt before. I’m afraid of that happening again so I’m not going to allow myself to be fully free and happy… just in case.”

That sucks! It sucks to write it or say it out loud, and it sucks to have that limiting belief about myself but not about anyone else. How did I get to a place where I think happiness is meant for everyone but me? Not that I’m unhappy, just to be clear. I’m referring to just BEING happy without having fear or anxiety attached to the happiness.

I’m still very much a work in progress, but knowing and accepting that I’m included in “everyone” has made ALL. The. Difference. I’ve become more aware of all the negative self-talk and have shifted that talk into spaces of forgiveness, non-judgement and really truly believing that I deserve and am allowed to be happy. Instead of guilt, I have compassion and appreciation. Instead of attaching to the idea of happiness being synonymous with perfection, I enjoy all the moments of happiness and let the moments of unhappiness or feeling “less than” pass with more ease… knowing that it’s all temporary.

Instead of waiting for happiness to happen TO me, I’ve realized I’m fully responsible for how happy (or unhappy) I am and that it’s not dependent on something or someone.

Will I be upset in the future about something that I completely made up? Yes. Will I own it and be able to let it go and move on? Also yes.

EVERYONE (louder, into the mirror) deserves to be happy. Everyone means everyone, even me, even you.