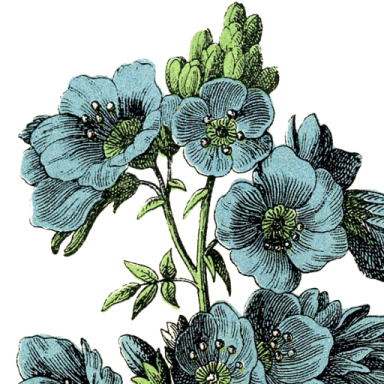 What is it that infuriates me about this app? The men. The men with round tortoise-shell eyeglasses who sport neat beards and dress like pop-up GQ model substitutes. Men who “yeet” and sway to Bon Iver and think that taste in music compensates for any lack of personality, character, or humor. They’re funny or “funny”—your pick. Men who paraglide as recreational retirement at 23. Engineers. Men who moved from New York to Madrid, newly-christened expatriates in Bangkok, with 35mm film cameras that never run out of Kodak Portras because, well, they can afford it. STEM graduates who minored in liberal arts and develop less popular software for Bill Gates and correct me to say that Gates no longer owns Microsoft, therefore Bill isn’t his boss. Men who are on a first-name basis with Bill Gates. Many men. Cute men. Tall, handsome, educated. Maybe even a little dorky.

My virtual encounters with these men were a byproduct of my travels around Asia. Asia’s big and eccentric—the world is my oyster. At first, the interactions were harmless; the men, decent, hitting the bare minimum of what it means to be a human being. The conversations were mostly about cats or dogs (animals are ripe for abuse on this app—men even post pics with drugged lions—but that’s a grievance for another time). There’d be the occasional hypebeast with “them Yeezys” and a cult membership for Frank Ocean, the latter being the most redeeming quality. Some dudes ghost and I forget; some close the conversation. Some straight out ask if I’d be down to meet them at two o’clock in the morning for a “movie” and a “nice walk,” which we all know is code for “I’m going to murder you”—I never take my chances.

There are also the usual dating app complaints about dating itself. You know, the impenetrable facade of advertising, where a self-proclaimed “kind” Zayn Malik look-a-like “hahahahahahahahahaha”-ed (the perfect length of laughter) my joke and called me a “loser” for being busy, all in a span of five minutes. Self-destruct, engaged. There are the ghosts too (it’s like all men want to die and remain unresolved on earth). I’ve had one or two bad seeds, the classic cases of fragile abstract phalluses, the invisible hand reaching out from my phone and going straight for the kill: “Would you want to [insert obscenity]?” If not, you’re a “lol prude.” None of these fazed me, though at first my mouth grew slightly agape. Now, there is nothing more suffocating than the bubbled lives of these men. If there’s anything that I spot more easily than green flags on a guy, it’s their privilege. I’m a woman of color, born and raised in a developing country, and most of these men were white. Am I angry? You bet I am.

I have nothing against white men. It’d be nice and interesting to date them, get to know them, have dinner, maybe share a boat of fries. But it’d be so much better to share their privilege. Sometimes, I look at most of my matches and ask, “Do I want to be with him or do I want to be him?” The discussion of privilege hasn’t yet sprung up in any of these tutti-frutti conversations, but it’s the big Elephant in the Room for me. Man, this cute Jewish guy from the States on vacation in Asia does a great job of effecting negative speculations on my life’s purpose just by existing. These English teachers with no impending sense of anxiety over their careers—what jerks! Men who graduate, pack up, and just go—the audacity! I can’t relate. To be fair, I haven’t met any of these men yet, and I know it’s not their fault. I don’t think they mean to flaunt their privilege. I’m just too paralyzed by the differentials.

I won’t go to lengths to describe my existential angst; I won’t spoil your meal. But when my same-age match is worrying about eating non-rice options in Tokyo while I’m here pondering over my life, the space for comparison is enviable. The crisis of freedom and responsibility ensues. The truth is that your origin can greatly define your life. People will say it’s a matter of will, but that’s an oversimplification, which only the privileged of the privileged can afford. My peers and I have been running on weeks’ worth of frustration about our future—simply, there is none. At least not where we are. Am I in grief? Not really. More like I wonder if cute, tall, educated, young white men ever have the same moments of existential doubt and sadness even with that much privilege. I wonder if their AirPods give them the satisfaction of having succeeded at 23. I wonder how much their apartments in Australia cost and figure it could probably buy a year of my life. Must be nice to be baked fresh from the oven and relocate to Seoul. I am too envious. I want their jobs, their opportunities, their resources.

In the course of my (mis)use of Bumble, I’ve questioned more about privilege than the prospects of my dating and love life. It’s a rhetorical “Why?” of course, and I doubt any of these men have the answers. In truth, these matches are more of a comical mismatch; our lives couldn’t be any more different. If we were Venn circles, there’d hardly be any diagram. Unfortunately, verbal abuse in the form of bad jokes, some dog pictures, and Spongebob worshipping don’t have enough force to move the circles into overlap. Maybe it’s just me. Who knows? But for now, my well of existential crises is deep enough to last me through my 20s. The last thing I need is an eligible bachelor to push me down into it.

Goodbye, yellow button. I shall get back up from the floor.