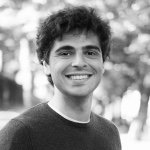 Whether you’re en route to an exotic vacation or enjoying a sunlit lunch hour, it’s always nice to have a book on hand during the summer. Of course, if you’re like me, one book isn’t enough; you like to have a “to-read” list of a dozen titles minimum — not least so you can wander into bookstores and delight in seeing them on the shelves, ripe for the picking.

But it can be hard to populate that list with worthy reads. As thrilling as it is to discover new authors, it’s also a bit of a risk. You don’t know anything about their style, pacing, or other writerly quirks that could push them into “DNF” territory. Yet you also don’t want to keep reading the same well-worn paperbacks just because you know you like them.

My answer to this predicament? Picking up newly released titles, by authors I’ve read in the past. Not only are these books the perfect balance of the familiar and novel (no pun intended), they’re also a great way to keep up with the latest literary trends… and maybe even suggest the next pick for your book club. This list of 7 exciting new books by authors you already know and love has something for everyone, from YA to magical realism to dystopian fiction. And it’ll surely inspire imminent additions to your reading list — so have a pen and paper at the ready.

1. You Know You Want This by Kristen Roupenian

Unless you were living under a rock when it came out, you’ve surely read Kristen Roupenian’s “Cat Person,” the New Yorker short story that went viral amid the first swirls of #MeToo. After “Cat Person” blew up, Roupenian wrote a whole book of similarly cutting short stories, many of which digress from the controversial into the outright shocking and horrific — so if you’ve got a weak stomach, this collection may not be for you. However, fans of Ottessa Moshfegh and Carmen Maria Machado, the dark and distinctly female tome of YKYWT will fit beautifully on your shelves. Highlights include twisted tales of a young girl who befriends a Charles Manson cultist, a “biter” who fantasizes about sinking her teeth into her coworkers, and a vain princess who meets a chilling fate.

2. On the Come Up by Angie Thomas

From the author of the blockbusting YA novel The Hate U Give comes a novel set in the same fictional universe, with a cast of equally vibrant characters. On the Come Up tells the story of Brianna Jackson, a tough-as-nails teenager who aspires to become a rapper — and live up to the legacy of her father, an underground rap legend killed before he could get his big break. Bri lives with her mother and attends an arts school where she has a very different experience from her white, affluent classmates (not unlike THUG’s Starr Carter). When a pair of security guards assault her, it’s the last straw; she pours all her anger, frustration, and despair into a new song, which spreads like wildfire. Suddenly, Bri is no longer a wannabe rapper, but a real-deal celebrity who must grapple with fame and its many responsibilities. Readers of all ages will be moved by this novel’s authentic details, particularly Bri’s emotional lyrics — which stem from Angie Thomas’ own past as a teen rapper.

For those who prefer to absorb their culture through the thrilling prism of fantasy — and who believe the more sprawling and inventive, the better — try this 620-page novel by Marlon James on for size. Black Leopard, Red Wolf is as action-packed and terrifying as it sounds, revolving around a mercenary named “Tracker” assigned to find a missing boy. Contrary to his usual M.O., Tracker is not alone in this quest, but accompanied by a group of fellow trackers — one of whom is a shape-shifter known as the Leopard. However, these colorful characters aren’t even the stars of the story. That honor goes to the rich African folklore that James evokes, evolves, and ultimately transforms into an epic fantasy worthy of George R.R. Martin and Tomi Adeyemi alike. But reader beware: between disturbing acts of magic and physical violence, this book is not for the faint of heart.

Similar to Black Leopard’s tribute-paying brand of fantasy, Oyeyemi’s writing builds on the foundation of well-known folklore and fairy tales, yet conjures a magical realist niche all its own. Her newest book, Gingerbread, traces the curious lives of London immigrants Harriet and Perdita Lee: a mother-daughter team who live with talking plants and bake very special gingerbread. And this is only the introduction to their intricate story, which harks back to Harriet’s upbringing in the supposedly nonexistent nation of Druhástrana — where her mother, Margot, taught her the famous family recipe. Also entwined are Harriet’s enigmatic friend Gretel (sound familiar?), and details about the history of gingerbread that slip seamlessly into the main plot. Presented in a labyrinthine manner, this novel is definitely baffling at times, but Oyeyemi’s incomparable prose nonetheless renders it irresistible.

Celebrated for his 2002 anthology Stories of Your Life and Others (from which the film Arrival was adapted), Ted Chiang makes another major contribution to the science fiction canon with Exhalation. This collection retains Chiang’s distinctly humanist, emotionally resonant voice, and its many speculative scenarios are sure to be a hit with the Black Mirror set. Of particular note are the novellas The Merchant and the Alchemist’s Gate, about a merchant in ancient Baghdad who travels forward in time, and The Lifecycle of Software Objects, about a woman who “raises” (and becomes attached) to artificially intelligent companions. Themes of control, destiny, and technological ethics naturally pervade these stories, making powerful statements about how humans interact with science — for despite its scientific rigor, Exhalation has human experience at its core.

6. The Wedding Party by Jasmine Guillory

If you’re in the mood for something lighter (beach read, anyone?), look no further than Jasmine Guillory’s latest romance. The third in her enchanting Wedding Date series, this novel kicks off with a classic “hate kiss” between characters Maddie and Theo — whose relationship gets an awful lot more complicated when they’re forced to help plan a mutual friend’s wedding. Each day brings new snipes and stressors, with our dynamic duo clashing like fire and ice… until they agree to work out their tensions in, shall we say, a nonverbal manner. They plan to end it once the wedding is over, but struggle with confusing feelings for one another. So what will happen when the big day finally arrives? Chock-full of delicious tropes, with an extremely satisfying enemies-to-lovers arc, The Wedding Party sets a high standard for contemporary romance (and will also get you excited for Guillory’s next book, Royal Holiday.)

7. The Testaments by Margaret Atwood

This highly anticipated sequel to The Handmaid’s Tale won’t be released until September, but if you’re already planning your fall reading, you should know it’s one of those books you simply can’t miss. The Testaments picks up fifteen years after the end of The Handmaid’s Tale, with three female narrators to fill in the gap between Gilead’s downfall and the emergence of a new society. Readers will be excited to learn the canonical fate of Offred (though advance reviews suggest she’s not one of the narrators) and immerse themselves in the lives of Atwood’s vividly imagined characters. The Testaments is also a favorite to win the 2019 Man Booker prize, so literary disciples, take note. But as for its relation to the acclaimed TV series, readers should know that The Testaments stands alone. Indeed, Atwood has said that the sequel was inspired not by buzz surrounding the adaptation, but “everything [readers] have ever asked me about Gilead and its inner workings… [along with] the world we’ve been living in.”

Street photographer and a founder of Reedsy, a publishing start-up.

9 Books For Humans Who Feel Deeply