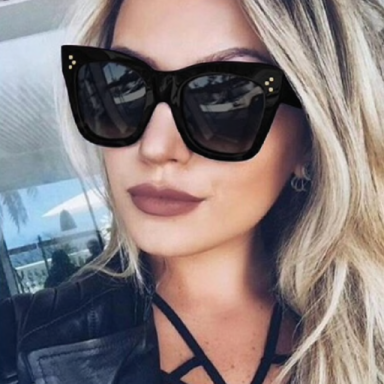 When Darren’s text message flashed on my phone screen, I had to rub my eyes to make sure I was not dreaming. It had been years since we parted ways and I hadn’t heard from him since.

Back in the day, he had moved to my city for a few months until he established the business he was working for, and he planned to return to his home country eventually. I knew it from the very beginning, and I was okay with that. Flirting, a few dates, incredible chemistry — it all went in that order. Next thing I knew, I was head over heels for him. We became a couple, and I stayed in his apartment more than in mine.

Those few months went faster than I thought, and I found myself waving goodbye to him at the airport with tears and a broken heart. He invited me to come and live with him, but I had different plans with my life, and he didn’t see his future in my country.

It took me months and months to get over Darren. My new, exciting career and long hours in the office were not helping, nor did G&Ts at my favorite bar on the weekends. After we parted ways, I couldn’t even think of letting anybody else into my life.

I was dating somebody when my ex texted me out of the blue, and even though I wasn’t in a serious relationship at that time, I had definitely moved on.

“Hey, how have you been? I am in town for work for a few days. Would love to see you if you are not too busy,” read his text message.

My heart skipped a beat. I stared at my phone, unsure of what to do. It was a Friday night and I was at a concert with my friend. It felt like the world disappeared around me, and all I could think was him walking those streets minutes away from me.

I reached for the phone a few times that evening in an attempt to reply to him, but I couldn’t, and I wasn’t sure if I should. I wasn’t sure if I would be able to keep my cool if I saw Darren. My rational mind was trying to hold me back, but my emotions were taking over.

I texted him back much later that night after a few post-concert drinks when I was already in my bed. He replied right away with, “I miss you,” and the last bit of my rational mind switched off. We texted back and forth till the wee hours and agreed to meet the next evening.

I cancelled the dinner date that I had planned with somebody else that night and spent the whole day walking like a zombie with the anticipation of seeing Darren. All sorts of questions were spinning in my head, and my feelings were all over the place. Why were we meeting? How would it end up? Was it healthy for either of us?

The memories of his strong manly, embrace and his lips softly kissing me came back to me, more vivid than I expected. I remembered the way he looked at me, holding my face close to his and whispering, “You are so beautiful.” Nobody ever treated me like him, and the intensity of feelings that I had was off the charts.

“We don’t have a future together. It’s just a meeting for the sake of good old times,” I kept repeating to myself, but all I could think of was hiding in his arms. The sentiments were still alive, and I was craving to relive it all again.

I am sure if we had met, all of it would have intensified even more, and who knows where it would have taken us. When the evening came, Darren stopped responding to my messages, and I could hardly contain myself running all sorts of horror scenarios in my head of what could have possibly happened to him.

I knew the date he was supposed to fly back home. I spent that day looking at my phone, but it remained silent. Another torturing week went past when he finally texted me: “I just wanted to say that I am sorry. I hope you can forgive me one day. I realized I wasn’t strong enough to see you again. Your eyes, your smile… I would have succumbed. I couldn’t have resisted it.”

I reread the message again and again, tears running down my cheeks. Later on, I found out that Darren had a wife and a baby. It all made perfect sense; he wouldn’t have wanted to leave his newly established life nor play games.

As for me, I was reminded of how good it felt with a man that I had feelings for, and I realized that the guy I was seeing was not making me happy. I broke up with him and put my personal life on hold for yet another year.

Old wounds don’t heal that easy, and even less so if you keep on scratching them.

I love observing the world and writing about my discoveries.