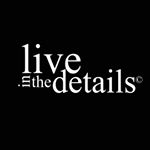 You know what I wish? I wish that all of us understood— like, really understood— what it means to be respected. Not like a poster version of respect. Not like a bumper-sticker quote. Not like the tough talk we color our stories with when we’re enhancing how it all went down for an audience. But real respect. Self-respect. I wish we all had the courage— the respect for ourselves— to demand that from the people we love.

I mean, I think in concept we all know what that looks like. But in practice? In practice, we let people walk all over of us and we call it love.

We say they need time. That they aren’t good at communication or expressing their feelings. We say they are going through a rough patch. Or that they’ve been hurt. That they’re working on themselves. That they’re— misunderstood. We come up with just about a million reasons it’s ok for them to do— or not do— whatever it is they are doing— or not doing. I mean, it’s human. To justify. To rationalize. To accept.

But you know what we never say? THAT THOSE THINGS HURT US. We never say that because— we’re fixers. And listeners. And helpers. And healers. And we think we can be the one who saves everyone. And the worst part about it? We let all those things about them stifle the things about us that are important.

And then we wait. And we hold back. We make more excuses. And we justify. And it catches us in the whirlpool, love. The one that’s damn hard to swim out of without drowning.

And look, I’m not saying what you have isn’t love. And I’m also not saying love isn’t a complicated mess of feelings we each have to sort out for ourselves. What I am saying?

You DESERVE to be respected.

And respect starts with a balance that isn’t unbalanced. If you’re giving and giving and giving— and you’re doing it alone? Darling, that’s not a place to grow a love story. At least right now.

Love is— it’s so many things. And only you can figure out what makes love grow in your life. But I’ll tell you what doesn’t make it grow. A lack of respect for you, and your heart, and your time.

Don’t let someone spin you around and tell you they aren’t ready or don’t know what they want. Don’t let someone cheat on you or be mean to your kids or not show up for the moments in your life that matter to you.

Want more. Expect more. People are not projects. Stop trying to change the ones who aren’t willing or able to change themselves.

I write to the part of you you don’t talk about.