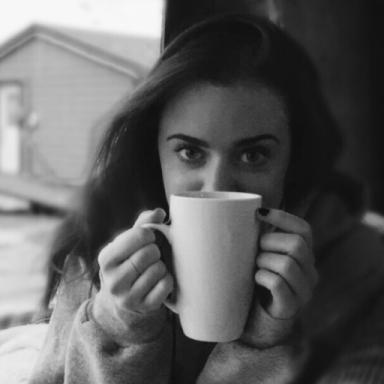 We are at a crossroads and my soul is being torn in two. One side is the logical thinker who is focusing on basic needs, wants, and desires from both sides of this relationship, and the other is the emotional creature who starts crying uncontrollably whenever a semblance of the thought of us not being together pops into my head. Somehow those two beings have been battling inside my body for months. I feel exhausted and drained and numb and sad all at the same time. I know in my heart that we love and care for each other so much, but I think that’s why this has been so difficult for both of us. It’s so foreign to us that a long-term relationship could end any other way than bitter and angry. The longer I think about it, the more I can feel our love now, in the end, more than the entire last year put together. I don’t know if either one of us was capable, or prepared, for an ending that didn’t end in a hostile display of fireworks. It was either going to work or it wouldn’t, and if it wasn’t working, we’d be slapped in the face with it, just like we had so many times before. But this time it crept up on us. It took us by surprise. We didn’t see it coming, and we don’t know how to deal with that.

The logical side of me is trying to process all the things we’ve felt and all the things we’ve talked about, and it always just comes down to both of our needs not being met. But what’s even harder about it is the fact that in order for both of us to have our needs met, the other person has to compromise a huge part of who they are to do so. Our unmet needs feed off each other so seamlessly that it’s created a cycle of negativity, disappointment, immense pressure, and loneliness. It’s a cycle only broken by one person changing a vital part of who they’ve grown to be, and should we both adjust accordingly, we’d turn into completely different people.

I’ve been working really hard to be comfortable with who I am and who I’ve become, and I think I owe a lot of that to you, because you showed me what real love is and I turned that mirror on myself and really grew because of it. But now that I’m faced with a decision to compromise that same part of myself that I’ve tried so hard to accept on my own, it feels like I’d be lying to myself and diminishing a huge part of what makes me who I am. Vice versa, I understand the needs you need met and that if you were to compromise that part of you, then you’d be committing to a life of feeling uncomfortable and anxious, and that’s something I would never ask you to do. You said you needed understanding and acceptance, and I think I’ve got the understanding part down, but I’m struggling with acceptance. Because in this case, accepting means that I’m fundamentally compromising what I need in a partner, compromising something that I’ve grown to accept and love about myself. For me to fully accept you as you need me to now, I don’t think it will be as a partner, but as a friend. A friend who I care about so deeply, but that I don’t expect the same things from. Therefore no disappointment, no let downs, no pressure. This is how I think we’ll work, and this is what I think we should do to save ourselves and the love we have for each other before it turns into something bitter and full of resentment. So we don’t look back and see the opportunity pass us by where we could’ve salvaged a friendship out of the soft edges of our love.

Then I think of the moment I broke down in therapy because I said the simple words out loud, and it was really fucking scary. And then the therapist also said those same words, and suddenly it became way too real. Thinking about not being with you literally breaks my heart in half; I can no longer think logically, and I turn into a 100 ft. pool of my own tears. My emotions have always outweighed my logic, mainly because they’re always on the surface, unavoidable. Logic I can push out of my mind for a little while with distractions, but I’ve never been able to hide from my emotions, so I always thought they were right. I always thought I should follow their lead. But logic needs a voice too. Yes, my emotions are wild and hard to hide from, but they are met with valid reasons, and sometimes that logic is smarter than I even know.

Kind words are a hug from the heart.