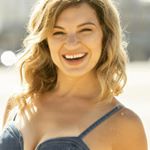 Trigger Warning: The following essay contains descriptions of abuse and trauma that some readers may find upsetting.

When a parent dies there is a societal expectation of what grief looks like for the family. We are expected to go to our loved ones funerals, pay our respects and speak only of the good times because after all they are your family.

But what if you have an estranged relationship with your parent? What if they neglected or abused you? How do you grieve a loss like that? How are you supposed to feel when they die?

“I never wanted a daughter,” he’d say angrily to my mom in fights. I always felt like he never wanted me that is until I became a teenager. Our relationship dynamic was never my fault — though if he were alive today he’d say it was.

When I was thirteen my father started taking interest in me. What I thought was a turn in a positive direction in my relationship with my dad became a nightmare. My mother had slipped into a depression and checked out from her motherly duties so I was on my own. My father worked nights as a taxi driver and would wake me up at 2 or 3 am to talk after he was done working. These late night conversations turned into sneaking into my room when I was asleep and sleeping next to me in only his boxers.

One day I was sitting at the computer on AOL chatting with a school friend listening to Nirvana’s “Teen Spirit” when suddenly I felt a poking in my back. It was my father sitting behind me with a full-on erection.

“What are you doing?!” I screamed, heart racing with my fists clenched.

“This is your fault! You started it. I’m glad I never had sex with you”, he said and stomped down the stairs.

I ran into my room and sat on my bed, crouched in fetal position holding myself as I cried and recited the Serenity prayer posted next to my bed.

The serenity prayer was my security blanket and tiny slither of hope that someday I’d make out of my parents house alive.

The sexual abuse went on for years until one day my parents got arrested. My father found some cash I stashed to run away and accused me of whoring myself out despite the fact that I had a part-time job and also asked the kids at school every day for $1. Over time it added up and I had enough money to get a one way bus ticket out of Virginia plus cover food expenses.

In my efforts to persuade him to give me the money back, he punched me in the mouth and I blacked out for a few seconds. After that my mom shoved a towel in my mouth and turned on the radio to mask my screams so the neighbors couldn’t hear.

They finally let me go to my room and I ran over to the office window begging the little kid to get his parents to call the cops. Within a few minutes they arrived and within 24 hours our lives changed.

My parents were forced to go to anger management and therapy. We had surprise home visits with social workers for about a year. I never spoke about the sexual abuse to them. In my head I thought they would think I started it and I was afraid of what would happen to me if they found out.

After about a year I convinced my dad to let me move out and live with my friend’s family. They signed custody over to this guardian family the day before I turned sixteen. It was the first miracle in my story.

In a conversation with the guardian father the sexual abuse with my father slipped out about how he used to go in my room.

They immediately found me a therapist to talk about what happened. I don’t think I ever went into too much detail about the abuse.

It took me nearly a decade later to realize the impact of the sexual trauma with my dad. After a series of failed abusive relationships, consistent nightmares and PTSD I realized I needed some help and got therapy.

It started to make sense. My inability to trust people, hypervigilance, nightmares, anxiety, bad drinking habit and poor choice in partners was all linked to what had happened with my dad.

The sadness hit me like a ton of bricks. I had been avoiding the pain of that trauma for years.

A couple of years ago my therapist suggested I do a trauma therapy for PTSD particularly. It was 12 weeks of repeatedly talking and listening to recordings of our sessions hearing myself tell the story of the sexual abuse with my dad every day.

And then it got boring. I found myself unaffected by the recordings or telling the story anymore. My heart stopped racing and I actually started to feel lighter talking about the sexual abuse.

I felt free from the shame that I carried. I let go of any thoughts that it was my fault. I finally had found peace.

Less than a year later my dad died.

We spoke once that year before he died in an angry text message exchange and then never again.

When I got the news that my dad died immediately my body sighed relief. It was as if the imprint of fear had left my body. I was confused by it at first but also curious.

I cried because I didn’t know what role I was supposed to play in his end-of-life arrangements. The society-influenced expectation that a child should go to their parents’ funeral heavily weighed on me.

And the honest part of me was uninterested in flying 3,000 miles to see a dead body that wouldn’t even look like my dad.

I was only going because it seemed like the “right thing” to do or because maybe I needed closure. After days of going back and forth about it I decided the right thing to do was to do what felt most healthy for me.

I had already made my peace with him way before he physically died. I found the closure I needed in the trauma therapy. There was no real reason for me to put myself under stress in the middle of a pandemic, leave my husband and son to fly to his funeral.

I didn’t go to his funeral. They sent me a photo of him in his casket and I laughed because it of course looked nothing like the man I knew as my father.

Children of abusive parents have complicated relationships with grief. We are told in life when it comes to loss that one should be, feel and act a certain way when someone dies.

I had a lot of mixed emotions for the first couple of months after my dad died. I felt sadness for his life. I remembered fond memories like when he took me to the beach as a little girl or our lunch outings to his favorite chinese restaurant and Olive Garden.

Recently I went to visit his grave and for the first time felt like we had turned a page in our relationship.

It was the first conversation I had with him where he didn’t interrupt me.

In this new chapter I think we are off to a great start.