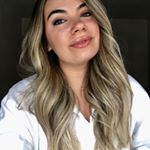 They say that every story has a beginning, middle, and an end.

But I don’t believe that.

All of our stories have beginnings. But some never get the chance to have their middles told, and those unfinished stories turn into the what ifs that haunt us.

It’s a few years later. He’s holding my hand from across the table and asks me, “Do you remember when we first met?”

I tilt my head to the side and look at him in my wine drunk confusion.

Of course I remembered when we first met. I remember those black bar stools, the white wine, his annoyingly charismatic charm and demeanor as he asked me for my number and the slight shake of my hands while I typed it into his phone. I remember those three months in between as I waited for him to ask me out.

I remember our first kiss. We stood on his balcony, and I remember wondering how the city skyline that I had looked for the last 24 years somehow looked brand new to me. I remember his arms around me in the December cold. I remember the way he looked at me and said, “I’m about to do something I should have done a long time ago.”

I remember the feeling of my leather jacket draped over my shoulders as we ran into crowded bars to escape the January snowfalls. I remember the taste of his old fashioneds, the smell of his cologne, and the way he would grab my hand underneath the table when we were out with friends, as if he was telling me something only I’d understand.

I remember how his hand would trace along each bump and curve and how I secretly despised the sun for that period of time, because I hoped to hide in those shadows with him for just a little while longer.

I’m sitting across from him again.

“And you thought I was just being nice.”

My drunken insecurities are still intact. “Do you still think I’m pretty?” I ask, half-joking, half-serious, and half-wine drunk.

“You’re more beautiful now than ever.”

My mind travels back to this one Sunday morning in January. Sunlight was pouring into the kitchen, where he had spun me around dancing in front of his friends the night before.

“Well, here’s to another day of me just thinking about you,” he said as he poured me a cup of coffee.

“Stop.” I rolled my eyes and kissed him on the cheek. It was the morning after and I was in the same silk blue dress that I had arrived in the night before.

It was the simplest moment. I remember leaning up against his kitchen wall and taking the mug from his hands. It wasn’t a huge romantic gesture. There were no big speeches; there weren’t any fireworks or rose petals or dimly lit candles.

The thing about falling in love and fear is that they both require a release.

When did I release that control?

When did I release that fear?

I thought I had released them then, when he handed me my coffee and saw me for all of the things that the others before never did.

But, there’s also something to be said about fear while falling.

We’re taught that fear is just a feeling. We’re taught to let ourselves feel it and let it move through our bodies until it passes.

But fear is the one thing that stops a story from moving on from a beginning to a middle and to an end.

You see, I thought I had let go of fear in that moment in his kitchen.

But I realize now we were both still clinging on to those first few pages.

I would be lying if I said I walked out of his apartment that night in March after he told me that he could never make me happy and found someone else who would and never looked back.

I would be lying if I said I didn’t replay the words of every conversation we ever had in my mind, searching for an answer I would never get.

I would be lying if I said that he didn’t haunt my dreams and that I didn’t see his face in every distraction after.

We’ve had a few too many glasses at this point.

“So why exactly did you message me?” I ask with a sigh, flipping my long blonde hair as if meeting up with exes is part of my weekly routine.

He’s holding my hand from across the table, and I see the mischievous smile and the mouth of someone who knows exactly what someone else wants to hear.

“Because I wanted to see if there were still feelings there, and maybe, they’ve never left.”

When do we fail ourselves?

Do we fail ourselves when we fight our own hearts?

Do we fail ourselves when we look at another person, making empty promises that we know we’ll never keep?

Do we fail ourselves when we pray for a new beginning each and every day, remembering the parts only we want to remember and only seeing what we want to see?

I failed in the moment when we laid next to each other, my head on his chest after I had picked a fight.

He stared at the ceiling and said, “I think you’re getting scared and you’re looking for a problem. We’re more alike than I thought.”

And that’s why some stories don’t have endings. Because you can never end something that didn’t have the chance to finish beginning.