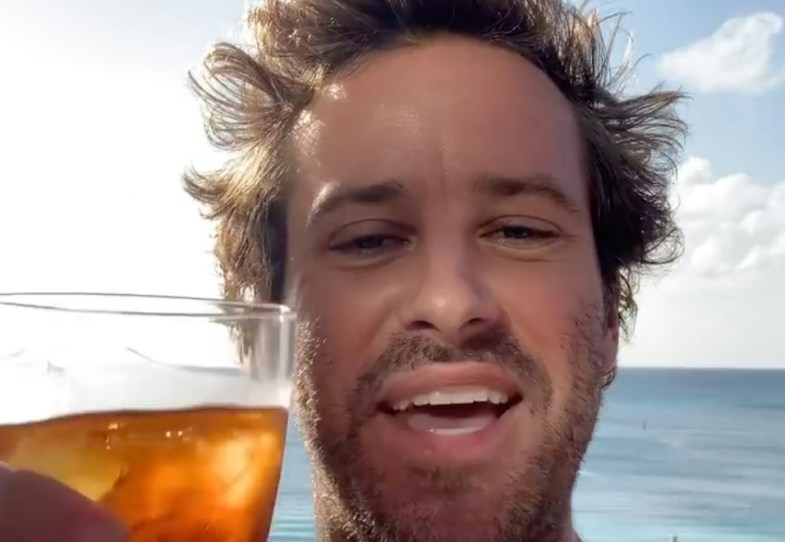 When my friend sent me a video that started with “here’s what I know so far about the Armie Hammer situation” so I knew it was going to be good but I was fully unprepared for the actual gossip the video discussed. Apparently some of Armie’s DMs from October 2016 to February 2020 were leaked by the recipient of the messages. In 2016, Armie was still married to his ex-wife Elizabeth Chambers but that is not even close to the biggest scandal uncovered by the DMs.

The biggest shocker? In the leaked messages, Armie says “I am 100% a cannibal.” 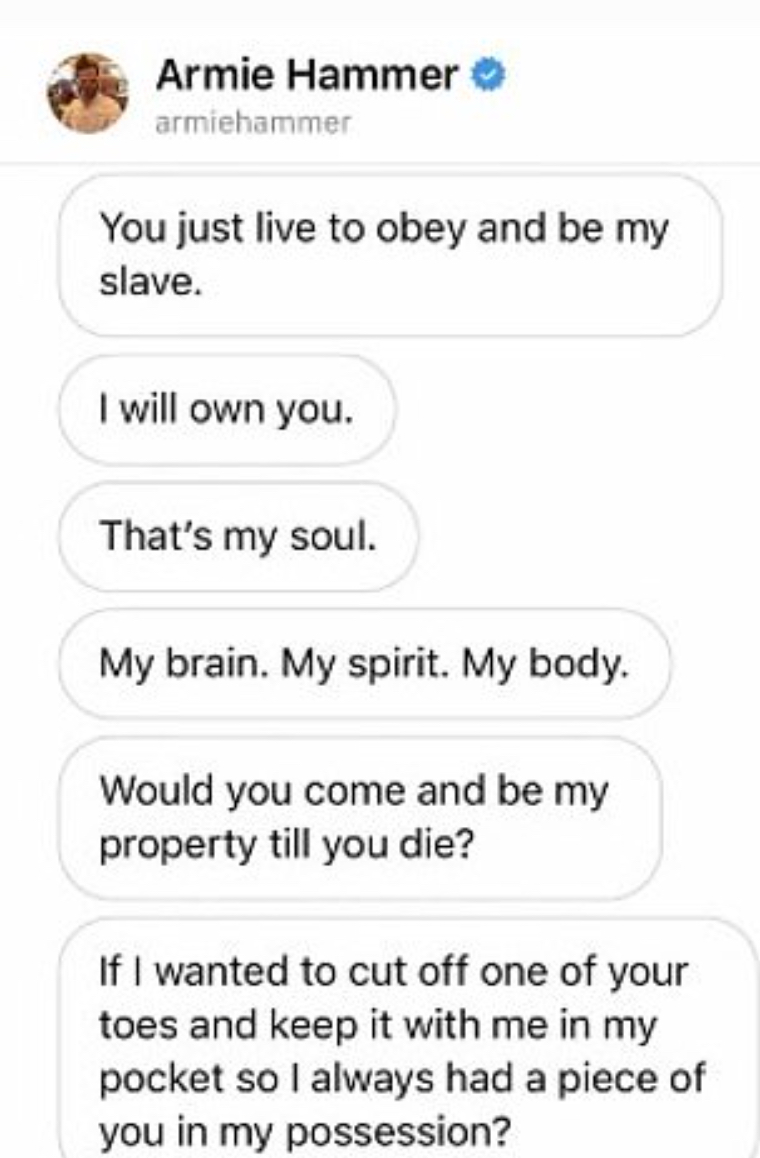 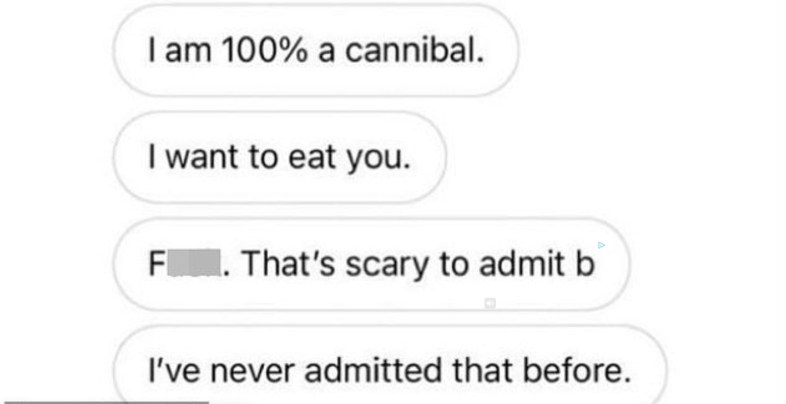 In this message, Hammer reveals that he is a cannibal and asks if he can “have” one of the woman’s toes. 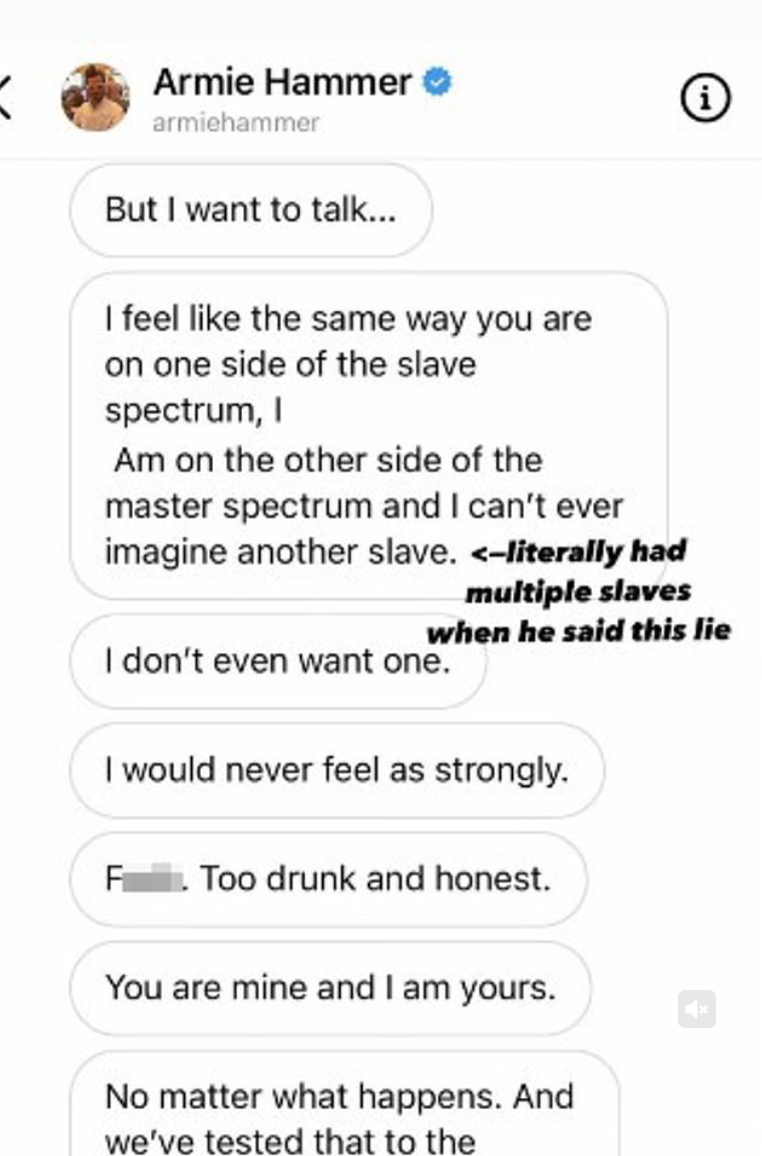 I’m not really sure what to say. Are we doing this now? Are we just supposed to be cannibalized during sex now? How many toes are we going to have to give away? Does Mr. Hammer plan to escalate to homicide (consensual!!!) at some point?

For what it’s worth, the veracity of the DMs hasn’t been confirmed. I doubt Armie will say he wrote them even if he is “100% a cannibal.” One of his exes, writer Jessica Ciencin Henriquez, has said she believes the messages to be real. She also updated her Instagram account to say “It takes an army to hide a predator.”

Another ex has said Hammer said similar things to her while they were dating:

Armie Hammer’s ex Courtney Vucekovich claims he wanted to BBQ her rib and eat it:

“F*ck that was weird, but you never think about it again. He says, 'I want to take a bite out of you.' If I had a little cut on my hand he’d like suck it or lick it."

Kind of puts that scene in Call Me By Your Name into a different perspective:

Me watching the UNSCRIPTED scene of Armie Hammer kissing Timothée's feet in CMBYN before and after findig out he's a cannibalism fetish. pic.twitter.com/wI4wR9Lmqi