Imagine going about your normal day scrolling through Facebook when you recognize a photo of yourself — as the subject of an extremely embarrassing meme.

The image had been shared over 400 times when the subject of the image commented: “Holy shit that’s actually me… I mean literally that’s me in the picture.”

A friend responded “LMAOO IT IS YOU” before asking for clarification about “Was that nutt”.

The subject of the meme clarified that he had “walked into a spiderweb” and said he felt “gross” that so many people had seen the image and asked if it could be taken down. 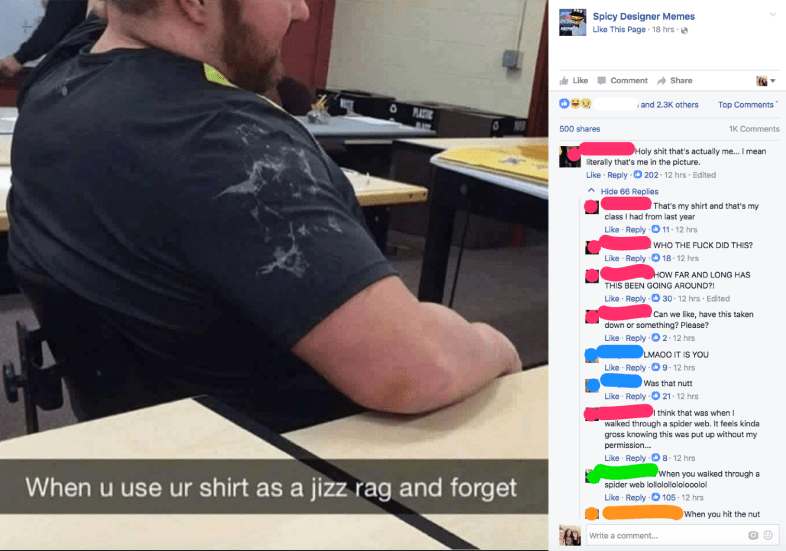 Wisely, a commenter told him “Sorry mate. once on the internet, always on the internet. On the bright side I doubt even 1% of the people who have seen this know it’s you. Apart from us who are looking at the comment where you said “This is me.'”

Unfortunately, they’re correct. A Google image search shows the meme has spread across the internet, including a Reddit thread that was upvoted over 4k times.

You, Me And Meme

Joe Biden Just Revealed His Favorite Biden Meme Of All Time And Of Course It’s This One!